“Ever get the feeling you’ve been cheated?” Johnny Rotten famously snarled at the end of the Sex Pistols’ last concert, and a similar sentiment was the chaotic refrain all across the United Kingdom Friday as England woke up to the results of the so-called Brexit vote.

England’s move to leave the European Union sent shockwaves across the world, and in Minneapolis at Brit’s Pub Saturday morning, sports fans gathered to watch the Wales-vs.-Northern Ireland soccer match and the England-vs.-Australia rugby match, and to discuss the ramifications of what British writer Laurie Penny called “a referendum on the modern world.” In words and pictures: 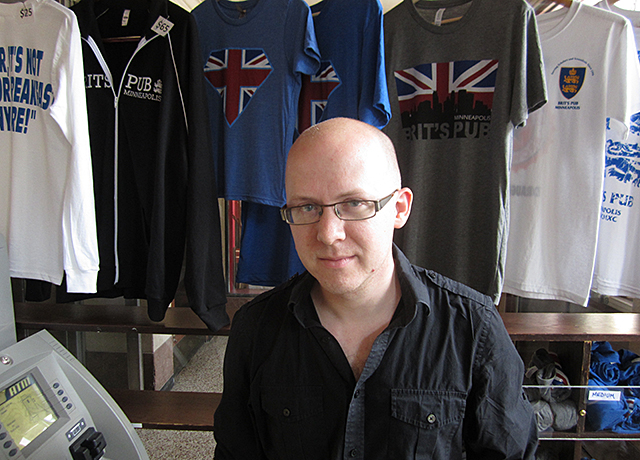 Simon Calder. “I was born in Reading, a little bit south of London, and I moved to Minneapolis in 2011. All of the British people I’ve been communicating with today and last night are overwhelmingly ashamed and disgusted to be represented by the victory speech of [UK Independence Party head] Nigel Farage talking about ‘decency’ and declaring [Friday] ‘Independence Day’ for the United Kingdom. Obviously there’s a parallel with Trump over here, and losing sight of what ‘greatness’ means and what it means to be great, as in ‘Great’ Britain and [Trump’s campaign slogan] ‘Make America Great Again,’ is very disconcerting. There might be good reasons to leave the EU, but I was in England last month and there was a lot of xenophobia and I feel that so many of those [‘leave’] votes were driven by that.

Almost 60 percent of people in London voted to remain, and I was just there a few weeks ago and it’s one of the most wonderfully multicultural places in the world.” 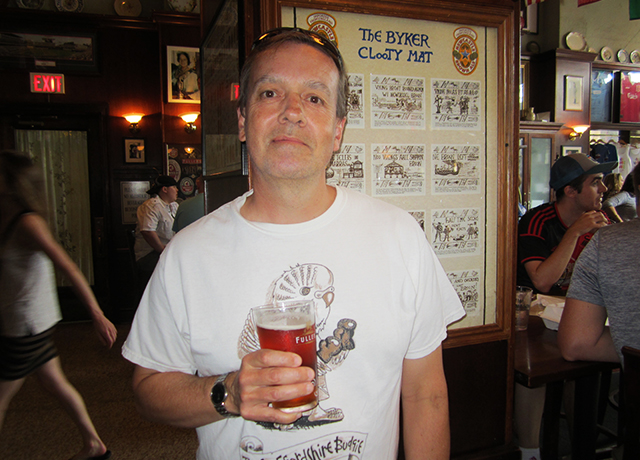 Tony Mayhew. “I’m from Oxford originally; I’ve been stateside for 27 years. I was back three weeks ago, just before the vote. There was a lot of chatter about it in the pubs and in the homes where I was. I’m from the southeast, where they’ve benefited a lot from Europe, and I was really surprised on how the vote turned out. Usually the large cities and the southeast vote pro-conservative or pro-Europe, and that wasn’t the case. I would’ve voted ‘remain,’ because I think there’s a lot more benefits of being in Europe than not. They live in a bubble in the southeast, very affluent, yet all of ’em voted to exit. I think what really swung it was that the southeast has really gotten the brunt of the immigrant stuff. Typically they would’ve voted pro-Europe, but I think that tipped a lot of communities in an ‘exit’ slant.” 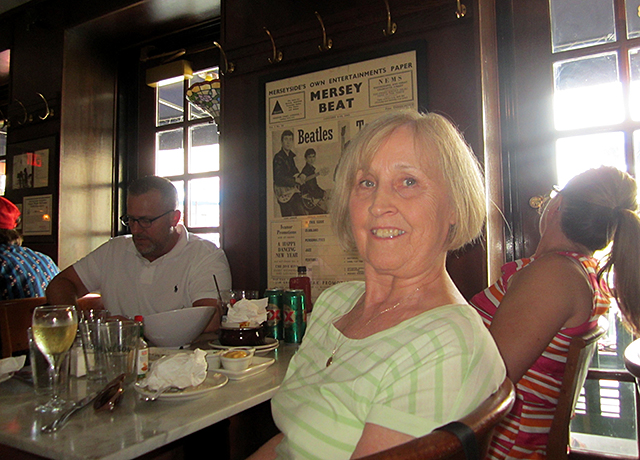 Barbara Melvin. “I’m from London. We’re visiting, we’ve been here almost a week. We did a postal vote before we left, we voted ‘remain.’ We’re shocked, absolutely shocked. A lot of people voted on the fear of immigration, which is quite sad, actually. I think that the news media put fear into people, but these people are coming here to live, and work, and some are only fleeing their countries because they’re in a war zone, and eventually, when peace comes, they go back. So I think that part of it they got wrong. We’ve been in the European market since the ‘60s or ‘70s, and now we have no idea what is going to happen. All we’re seeing is the pound is down and the stock markets are down, and we go back the 11th of July, and we’re disappointed and shocked.” 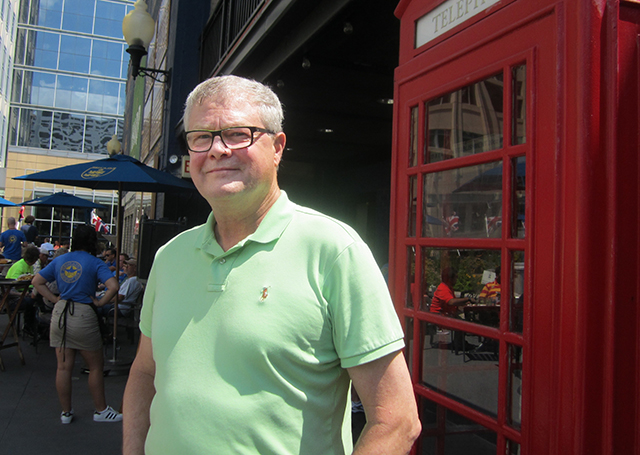 Gary Mainor. “I’m from Eden Prairie, I work for a British company, and I studied at the University of Bristol. I love the UK. For me, this vote to leave is sort of a seminal moment. My parents were both in World War II. My generation is really the product of coming out of that war. We were born at the end of that war, and the EU was created, essentially, when we were kids, and that led to what I would describe as the Pax Romana of our times.

In other words, peace for a long period of time. And now I think it’s tragic, with people looking backwards, and it’s not unlike our current politics in the United States, because we’ve got a lot of people looking backwards here, too, and you can’t move forward in the world looking backwards. You have to look at and deal with what’s going on in the future. So for me, the defining moment at my birth is the end of World War II and the creation of the European Union and now, toward the end of my lifetime, us going another way.” 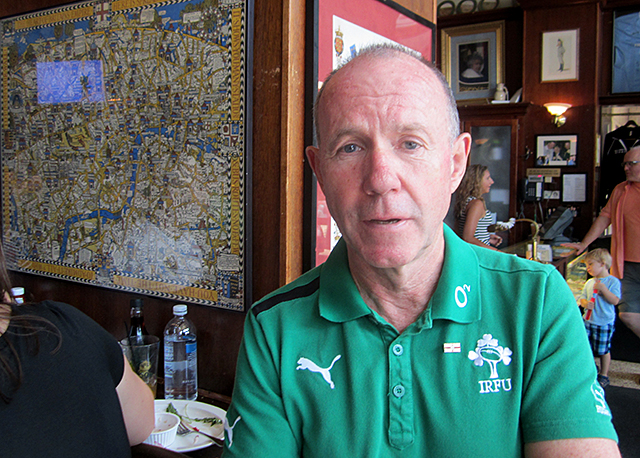 Robert Morrison. “I’m British; I was born in Belfast in Northern Ireland, and I’ve lived in the United States since 2000. I’m an American citizen. We only came back from Ireland on Thursday, so we were there for the final phases of the campaign. I confidently believed that the ‘remain’ side would win, and I can’t believe that they voted to leave. I was personally in favor of them remaining, and now I think we’ve entered into a world of a huge number of unknowns and a huge number of unintended consequences. For example, what’s going to happen to Northern Ireland? Are they going to reintroduce a border with customs control and so on? That would be a disaster, and all sorts of other things. I think it’s a big, big mistake. I don’t know what people were thinking. Hugely disappointed.” 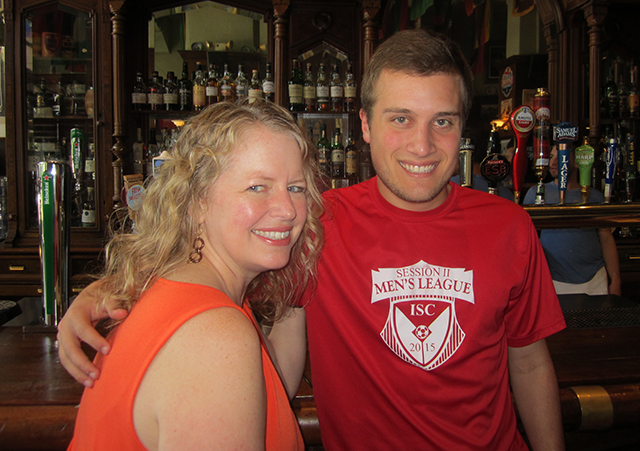 Sarah Spencer and Ryan Collins. “I live in Minneapolis, I studied abroad in England my junior year when I was at St. Olaf College,” said Spencer. “I was just there last week. I spend a lot of time there. I flew back on Sunday, and I talked to a very good friend of mine from there for over an hour this morning, and he’s directly impacted by it. His wife is Polish, and he has a building business in London that employs a lot of Polish workers, and all his contracts are on hold right now until they figure out what’s going on. His daughter is applying for medical school, and her selection and her ability to go to which school she wants to go to in the UK may be impacted if Scotland stays. So that’s just one story, one family, one hour.” 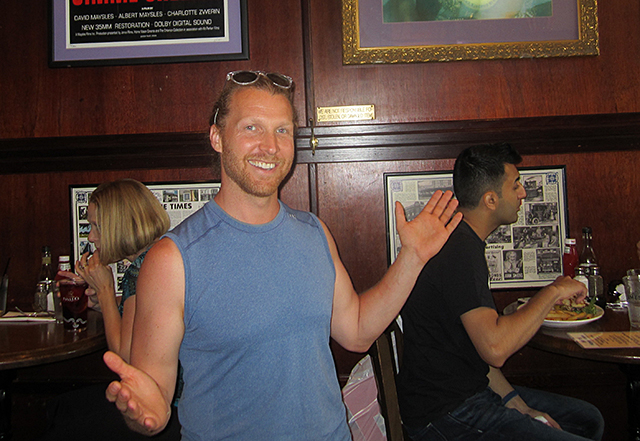 Brian Copps. “I live in St. Paul. I’ve lived in London, Cambridgeshire, and Dunstable, and studied there with St. Thomas University. I lived there for two years and experienced all walks of life: the London life, the village life, and the town life. The one thing that blew me away is that as kind and friendly as I was received in the UK, there was a lot of racism, especially towards the Indians and the Pakistanis who had come over after the Second World War. It was really unsettling. With some of my very good [non-white] friends, I would be in situations and it was very uncomfortable, so when I saw the vote I wasn’t surprised by it, to be honest. To generalize, my London friends who are maybe more educated and well-traveled, they want to stay in Europe. And my blue-collar friends in the little village, great people, are more nationalistic. And the nationalism and racism that I saw in the UK and England is very prevalent. If you call anyone from England or Scotland a European, it’s an insult, whereas all the other countries are completely comfortable being called European.” 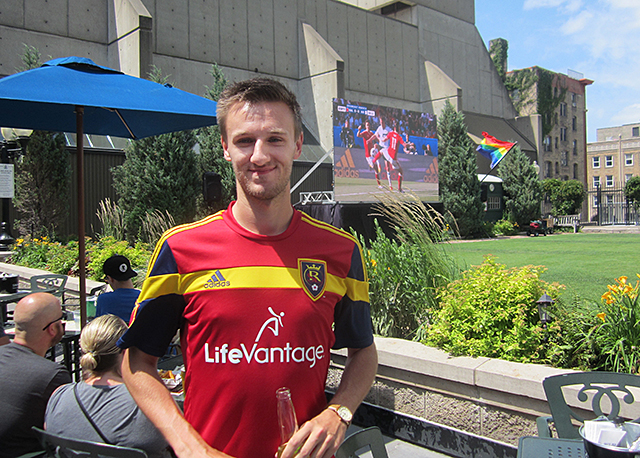 Dominic O’Connor. “I’m from Accrington, which is near Lancashire, about 45 minutes from Manchester. I live here now. I’m not a big fan of politics in general, and I’m not a big fan of David Cameron, and I was a bit skeptical of the vote. I was surprised, because we’ve been in the EU for a long time. There’s positives and there’s negatives, and it’s dividing the country. It seems like the people who voted to leave are older, and the younger people voted to stay. I don’t know exactly what that means, but it means something.

A lot of the media outlets in England kind of whip up people into a frenzy with fear-mongering tactics, like ‘these immigrants are going to take over our country’ and some people aren’t educated enough to do research. I think it happens in this country a lot, too.” 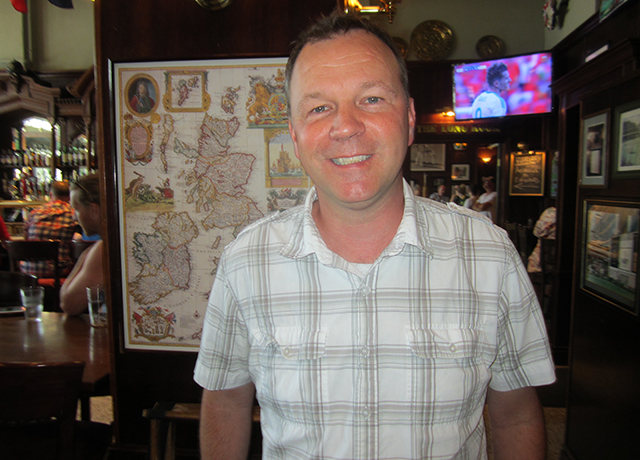 Shane Higgins. “I’m general manager here at Brit’s. I’ve been here for 15 years. I’m from Burnley, England, which is about 30 miles east of Manchester. I was hoping the ‘remain’ would win, and I think the ‘leave’ is a bit of a protest vote against the authorities and the establishment and a lot of it is based on a fear of immigration, which the ‘leave’ campaign just stoked. I’m disappointed. I think the UK should be in the middle of Europe, helping to dictate what’s happening rather than be out of it, on the fringes. The freedom of movement is going to be taken away to a degree, too. You could travel and work in the 27 countries, and now I presume you’ll have to have a visa.”

Anarchy in the UK: Talking Brexit at Brit’s