On Wednesday morning, even before Gov. Mark Dayton announced his demands for a special session of the Minnesota Legislature, the elected officials responsible for managing the proposed Southwest Light Rail Transit line seemed confident that he would continue to support the project.

He did. As part of the requirements he laid out to call a special session, Dayton included the completion of state and local funding for Southwest light rail — something needed to assure that the project would win federal funding for half of its $1.774 billion cost. And the governor insisted that metro area transit funding, even beyond what is needed for Southwest light rail, be part of any transportation deal.

Members of the project’s corridor management committee — made up of state and Met Council officials as well as elected representatives from Hennepin County and cities along SWLRT’s right of way — were also hoping that the Republicans who control the House would want a capital spending package bad enough to deal on transit.

“We still don’t have a clear picture of how to move forward, unfortunately,” Met Council Chair Adam Duininck told the committee, lamenting that the regular session adjourned without a transportation plan. “The Legislature did not pass a bonding bill and there seems to be an appetite to do something along those lines.”

Duininck, a Dayton appointee, said there were several options being discussed during the closing hours of the session. One that was included in the bonding bill by Senate Democrats simply shifted the state’s 10 percent share of the rail project to the Hennepin County Regional Rail Authority, which would double the county’s costs. The move would technically satisfy federal requirements that half of the project’s budget be paid by non-federal sources — the other 30 percent would come via the Counties Transportation Improvement Board, which appropriates revenue from a quarter-cent tax levied in five metro counties — but the Senate Democrats’ amendment did not come with a corresponding source of revenue for the additional burden on the county.

Hennepin County Commissioner Peter McLaughlin called it the “worst option on a list of bad options” but it would have kept the project alive. House Republicans, however, refused to accept the language and blamed its insertion for the failure of the bonding bill.

Moving forward, Duininck said there were two possible approaches. One is the passage of what is dubbed the comprehensive transportation package, which would provide long-term funding for both roads and transit. Under Dayton’s proposal for a long-term deal, funding for future transit projects would come not from the state but from the five Metro counties via a half-cent increase in the current transit tax.

The second approach would be to win a shorter-term transportation deal that included the final money for SWLRT — but without securing a plan for future transit projects. 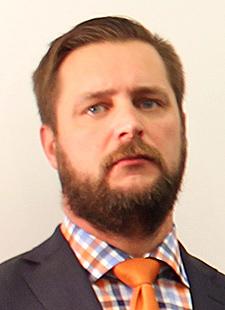 “I still feel very confident this project is going to happen,” Duininck said. “I know there are going to be challenges to how we advance but I’m an optimistic person. I still think … that there’s a small chance that a comprehensive bill could still happen. Maybe it won’t, but I hope that it will.

“In the event a comprehensive bill doesn’t happen, I still hope some sort of solution for Southwest emerges,” he said.

McLaughlin, who spent much of the session including the final weekend at the Capitol lobbying for the comprehensive bill, said the project is in better shape now that it was in the closing hours of the session. That is, that worst option that was the fall back position that night is no longer likely.

He agreed that there is now a chance that Dayton’s demands could produce either a broader transportation plan or at least a one-year funding proposal that includes enough to complete local funding obligations and secure nearly $900 million from the Federal Transit Administration for the project by year’s end.

McLaughlin, a DFL commissioner from Minneapolis, asked the mayors on the Southwest corridor management committee to remind their legislators, as well as those from Greater Minnesota, that the cities along the route support the project; that the Dayton tax proposal would have only Metro taxpayers footing the bill for SWLRT and future regional mass transit lines; and that 45 business groups — including the Minnesota Chamber of Commerce — support the comprehensive plan.

Anoka County Commissioner Matt Look, a Republican, said he thought the best strategy would be to concentrate on SWLRT funding and to offer up significant road money for other parts of the state as part of a package. Because the federal funding is available right now as long as the state and local agencies come up with 50 percent, getting SWLRT money is urgent.