Donald Trump’s flaming outburst at reporters in New York last week offered a sentimental journey for at least one group of Minnesotans.

In case you missed it: Trump lambasted reporters last Tuesday for questioning when and how much he’d actually given to veterans organizations after claiming he’d raised $6 million for them by skipping the last Republican debate prior to the Iowa caucuses. He called one reporter from CNN “a real beauty” and another one, from ABC, “a sleaze.” He also said such attacks on would continue if he’s elected president.

Such talk may have surprised voters — and journalists — around the rest of the country. But for veterans of Minnesota’s Capitol press corps, the episode had a familiar ring to it. In fact, maybe the only thing separating Trump’s performance from the many tantrums of former Gov. Jesse Ventura were the hairstyles. Back in his years as governor, Ventura featured the shiny bald look, which might be what Trump would look like on a windy day.

Of course, since Trump became a political phenomenon, there have been many comparisons between the mogul/reality TV star and Ventura, the one-time pro wrestler. But nowhere does the comparison seem more apt than in how the two deal with journalists, who the former governor famously referred to as “jackals.”

Pat Kessler, longtime political reporter for WCCO-TV, believes that both Trump and Ventura lash out at the media as a way to “divert attention from a negative story.” Superficial as the tactic is, it remains effective, mainly because reporters are held in such low regard by large segments of the population. Kessler believes most in the public rank reporters about as high as “bed bugs.”

But Trump, like Ventura before him, manipulates the media by employing both anger and intimidation. The question is whether this is all an act — or if Trump and Ventura really are on the verge of going after reporters, fists flying. (I presume Trump would have minions to handle the physical stuff. Ventura would have done the dirty work himself.)

Given a long “relationship” with Ventura, I long thought the anger was, in fact, a put-on. My assumption dates back to the 1980s, when Ventura was a pro wrestler and I was a sports writer.

One year, I needed a Christmas column. It so happened there was a pro wrestling match on Christmas night that year and Ventura was on the card. I found the juxtaposition of Christmas and pro wrestling a little odd. But I also wanted to know what Ventura thought.

“The people have been to church, they’ve celebrated Christ’s birthday,” Ventura said in his tough-guy wrestler persona. “They’ve gone through all the sweetness they can handle. I guarantee you they’ll be yelling the same obscenities (on Christmas night) they’re always yelling.”

We both got what we wanted from that little interview, wished each other happy holidays and moved on.

From bad to worse

Things started to change when Ventura ran for governor. Like Trump today, as a candidate Ventura knew how to make headlines. Say something funny or different or outrageous. Make headlines. Move on. Repeat.

Kessler points out those Trump-Ventura similarities: “People are energized and refreshed by a politician who is outside the mainstream who is saying the things they might say at home or in a bar.”

But the changes become dramatic when the “outsider” becomes, like Trump, the leader of his party, or like Ventura, the governor. Now the same reporters are there day after day. They ask about what you said yesterday — and last month. It’s harder to do a little dance and move on. 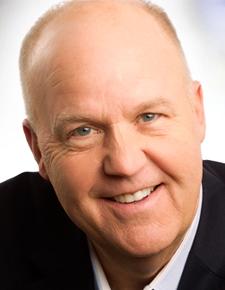 Last week’s blowup was a good example of this. The question Trump was asked was a simple one: Six months ago, you said that you’d raised $6 million for veterans groups. Just how did that money get distributed? It wasn’t until Tuesday he apparently could come close to answering it. So he was left with little choice but to lambast “sleazy” reporters for asking completely reasonable follow-up questions.

Minnesota capitol reporters can recall similar moments with Ventura; times when the anger seemed anything but manufactured. When it was reported that his son was using the governor’s mansion as a place for parties, for example, he said his family’s privacy was being violated. As Kessler recalls, Ventura began referring to reporters as “pedophiles.” (Ventura’s son was 22 at the time.)

I wrote a story noting that whenever Ventura’s office schedule was “open,” it typically meant he was golfing. After all, since he was recording his scores to an online golf handicap service, it was easy to show whether the governor’s game was improving with all the practice he was getting during office hours. Ventura called and made it clear he did not like the story.

At news conferences after that, I was the recipient of the Ventura glare. If I smiled at the glare, the governor would seem to get angrier.

Ventura was outraged by the question. “He was so angry he was clenching his fists,” Kessler recalled. “By the end, it got really bad. The slightest thing would set him off.”

But that was after four years. In Trump’s case, the presidential race has barely even begun.

The return of the ‘jackals’? Why Trump’s attacks on the media feel so familiar to Minnesota reporters