The Wisconsin Department of Corrections is force-feeding at least three inmates as a hunger strike aimed at ending a form of solitary confinement that can go on for years — even decades — continues for a third week.

Although the state DOC has detailed the medical conditions of the hunger strikers in publicly available petitions, the agency refuses to confirm that it has obtained court orders to force-feed inmates, citing medical privacy issues. Spokesman Tristan Cook did not immediately respond to questions about how often and on whom the department has used force-feeding.

The food refusal campaign, dubbed “Dying to Live,” which about half a dozen inmates began as early as June 5, is aimed at pressuring the state to end the practice of holding inmates for lengthy periods of time in administrative confinement, which is intended for prisoners deemed a danger to the institution.

McKinley Bey, who escaped during a jail transfer in 1987 after shooting a sheriff’s deputy, has been held in this status for at least 25 years, according to a federal lawsuit he filed in Milwaukee. He alleges such unending isolation — at least 23 hours a day alone in a cell — violates the constitutional prohibition against cruel and unusual punishment.

Roughly 100 Wisconsin inmates are being held in this type of long-term solitary confinement. 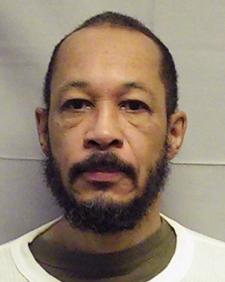 A top United Nations official has declared that such isolation beyond 15 days is tantamount to torture.

On Tuesday, 30 activists gathered in front of the Department of Corrections headquarters in Madison to protest the state’s continued use of administrative confinement, chanting “solitary is torture.”

The protesters presented Cook with a letter demanding an end to the “overuse and abuse” of administrative confinement, improved mental health services for inmates in solitary confinement and other steps, including allowing inmates in this “non-punitive” status to have the same access to property, such as canteen items and TVs, that general population inmates have. 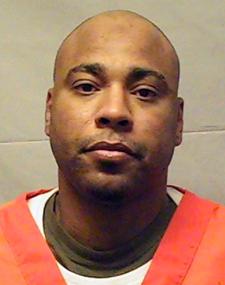 “As the public becomes aware of the torturous effect of any kind of solitary confinement longer than 15 days, you can imagine the outrage and bewilderment when they learned that we have inmates who have been in solitary for decades,” according to the letter addressed to Corrections Secretary Jon Litscher.

Cook accepted the letter and told the group that corrections officials are working on possible changes to solitary confinement, which the department calls restrictive housing. But he did not respond to requests by the activists to participate in that process.

In an email, Cook said the agency is studying several changes, including moving mentally ill inmates out of solitary and examining ways to increase out-of-cell time and increase programming and services for inmates in restrictive housing and administrative confinement.

In June 2015, the state reduced the maximum stint in solitary confinement for violating prison rules from 360 days to 90 days, with longer stints possible under certain circumstances. 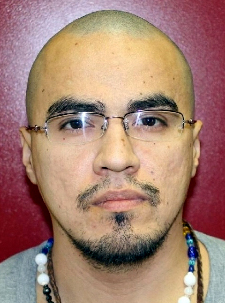 McKinley Bey said force-feeding entails being strapped into a “restraint chair” and having a tube placed in his nose to deliver liquid nutrition while an officer films the process, according to a letter he wrote to advocates dated June 19. He wrote that he, DeLeon, Green and another inmate, Joshua Scolman, “are strong, and are in it for as long as it take to make something happen.”

In the June 17 petition for a court order to force-feed DeLeon, corrections officials said the inmate began refusing food on June 7 and had also begun refusing water and that he has a “history of serious hunger strikes.” The petition states that he is suffering from “moderate” malnutrition and dehydration.

“He appears weak, gaunt and has an unsteady gait,” according to the petition. “Mucous membranes are very dry.”

However, in a letter written after the order was issued, DeLeon said that “clearly the doctor exaggerated his medical report with the intent to force feed me, to dissuade me and other(s) to stop our strike.” 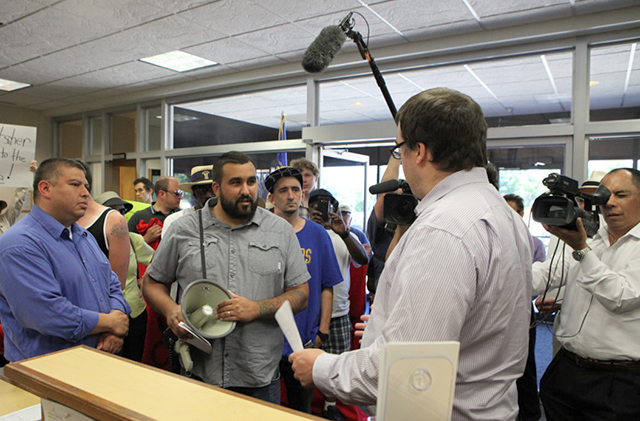 Inmate advocate Peg Swan said she is distressed that it took a hunger strike to highlight the problems with administrative confinement in Wisconsin’s prisons. Two states — Colorado and California — have discontinued such indefinite confinement in solitary.

“I will be rooting for the them to stop,” Swan said. “They succeeded in getting the public to think about long-term solitary, and we are pledged out here to keep the campaign going, but we don’t need them to get sick.”

The Wisconsin Center for Investigative Journalism’s reporting on criminal justice issues is supported by a grant from the Vital Projects Fund. The nonprofit Wisconsin Center for Investigative Journalism collaborates with Wisconsin Public Radio, Wisconsin Public Television, other news media and the University of Wisconsin-Madison School of Journalism and Mass Communication. All works created, published, posted or disseminated by the center do not necessarily reflect the views or opinions of UW-Madison or any of its affiliates.