The wave of young people swept into politics by the unlikely campaign of Sen. Bernie Sanders has been one of the top stories of this election.

Those people — call them millennials if you want; we don’t want to — are making their presences felt at the Democratic National Convention as delegates: The convention hall in Philadelphia has looked and felt younger than the Republican gathering in Cleveland.

Minnesota’s delegation to Philadelphia features roughly a dozen teenagers and 20-somethings; though many can’t even legally imbibe at the (many) events where delegates are plied with food and drink, they’re still mostly fired up about participating in what is, for most of them, their first national political convention.

Most of the up-and-comers back Sanders, and are disappointed that their preferred candidate lost and that their political revolution has, momentarily, been dashed.

The question now is, will they stick around in the Democratic Party — or in politics, period?

It’s taken for granted among Sanders and Clinton supporters alike that the Vermont independent’s insurgent campaign has swept a wave of new people into Democratic Party politics — many of them young people totally new to the political process.

Sanders’ socialist platform has resonated particularly with a generation that is saddled with debt from college loans, grew up in the shadow of wars in Iraq and Afghanistan, and sees diminished economic opportunities for themselves compared to their parents. 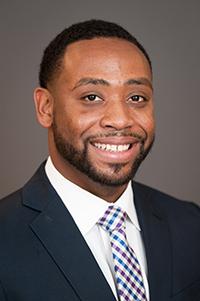 In college towns across the U.S., Sanders’ campaign caught fire, and those precincts helped Sanders secure upset wins in states like Michigan and run up the score in states like Minnesota, where he won by over 20 points on caucus night.

Ron Harris, 26, is the treasurer of the Minnesota DFL and a newly minted Minnesota delegate to the  Democratic National Committee. He said he believes “there’s an influx of new and young energy” in the party.

Harris — who stayed neutral during the primary — said people have been apathetic for “way too long,” and partially credited Sanders with changing that, saying that the issues he has raised and his ideas on economic inequality have “helped broaden the tent.”

In that group, 13 are Sanders delegates, and five are pledged to Clinton.

To Margaret Breen, an 18-year-old Sanders delegate from Minneapolis who is attending Macalester College this fall, it’s clear that youth excitement has been firmly on her candidate’s side.

“Bernie Sanders has definitely won the majority of the youth vote in pretty much every state,” she said, saying there was a palpable camaraderie at the convention among Sanders supporters her age. 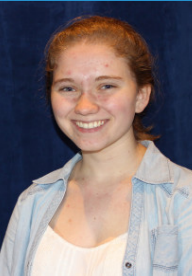 “It’s a pretty universal message among the young Sanders delegates that this is just the very first election of the rest of our lives, and yeah, Bernie Sanders isn’t going to be the presidential nominee this year, but the presidential nomination is just one battle in a war and there’s a lot left.”

To Breen, that means continuing, wherever possible, the “political revolution” that she and others believe that Sanders ignited. “I think we need to shift our focus from the presidential race and move on to the local and state races because building revolutions from the bottom up is just as important, and I think that’s what Bernie wants us to do,” she said.

Breen has already taken Sanders’ message of supporting down-ballot progressive candidates to heart: She has donated money — “not a lot, I’m a teen” — to the campaign of Tim Canova, a progressive who is running in a U.S. House primary in South Florida. His opponent: Debbie Wasserman Schultz, Bernie supporters’ public enemy No. 1, who just resigned her post as chair of the party.

Loyal to Bernie, not necessarily to the party

Breen’s support of Canova is illustrative of how this election — the first that many of these young Minnesotans are actively involved in — has convinced some Democrats that the election process is broken, and rigged in favor of establishment interests.

Breen said it was a major disappointment that Sanders lost, and said she isn’t totally sold on Clinton and is considering supporting the Green Party candidate, Jill Stein. 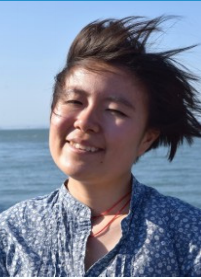 Yishu Dai, a 21-year-old delegate and St. Olaf College student, said she thinks “the Sanders camp is trying really hard to transfer the momentum effectively into something else,” she said. “I think the campaign is doing a really good job. I don’t know how many young people will stay on. I know that I am very interested in politics so I will be involved regardless.”

For some young Sanders delegates, convinced that the Democratic Party treated their candidate unfairly, the next step isn’t to disengage — it’s to become more involved.

Breen said that “especially with the recent Wikileaks and learning more about the corruption within the process and stuff, it’s not really discouraging as much as it is motivating to work harder in further elections. … I think that the anti-establishment people are growing in numbers, and definitely the 2020 election will look very differently.”

Dai said that the Democratic Party “could have worked harder to be more impartial,” and said she understood why Sanders supporters booed mentions of Clinton on the first day of the convention. “I don’t do that much booing, but I get why people are booing,” she said.

Some aren’t totally convinced that some Sanders backers will remain in the confines of the Democratic Party, even if they stay engaged. “I don’t necessarily know that the young voters who came out for Bernie feel loyal to the Democratic Party as much as they do to the revolution,” she said.

Clinton supporters know that, and are looking to make inroads with young Sanders supporters during this election. 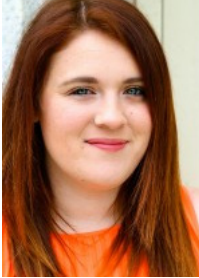 Andie Whitaker, 25, is one of the few Minnesota Clinton delegates under 30, and is the deputy chief of staff for the Young Democrats of America.

According to Whitaker, “Sanders has done a great thing for the party in bringing in young people to the process and engaging and inspiring young people in a way that other candidates wouldn’t have been able to do just by having different views on different issues.”

“It’s done a great thing for the party, provided that the party is able to keep those people around,” she said. “That comes with making sure we’re having good, unified conversations on where Hillary is moving her policy closer to where Bernie is and making sure we’re really engaging and welcoming these young people.”

Whitaker said it’s going to take effort to engage young people and keep them in the party, particularly given that it was — and, sort of, is — seen as not especially hip to support Clinton. She talked about receiving blowback on social media for supporting Clinton.

“It was definitely like the hip, sexy, cool thing to support Barack Obama in 2008 and that’s the same thing this cycle with Bernie Sanders,” she said, citing the band-inspired tees and bird pins worn by Sanders backers.

“I think we just need to find ways as a party to make all of our candidates cool, hip, and trendy, while trying to do it as authentically as possible. Just creating a Snapchat account isn’t enough.”

‘I want to run for office’

Harris, the DFL treasurer, says the result of those efforts could cut one of two ways:

“What tends to happen with people getting involved in politics and [things don’t go] their way, one of two things happens,” he said. “One, they bow out and leave. Or they double down and say, ‘I didn’t get what I wanted this time, next time, I’ll come back, I’m going to be stronger, I’m going to bring more people, I’m determined to get this done.’ ” 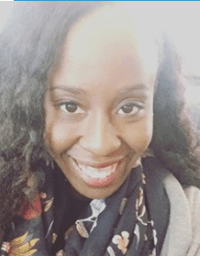 Regardless of where they sit within the Democratic Party, many young delegates believed that the young people brought in by Sanders have invigorated the party — for the better.

Dai said that “it was really cool to see that this movement is engaging young people in politics, and I think, overall, it’s made people more positive and hopeful than not about the political system.”

When asked if even a disappointing result for Sanders supporters will turn them off from politics altogether, Dai rejected the notion. “Well, the system’s broken,” she said. “So, the most logical and rational thing to do is being a part of it and fixing it and making it not so broken.

“That seems kind of logical to me. If it is broken and we leave it alone it becomes more broken.”

MinnPost’s Sam Brodey will be filing frequent updates from the Democratic National Convention on MinnPost all week. For more from Philadelphia, follow him on Twitter: @sambrodey.

Bernie brought a lot of young people into politics — can the Democrats keep them?