Two proposed amendments to the Minneapolis city charter that backers hoped would be placed on the November ballot should not be put before voters, city attorney Susan Segal wrote Thursday.

In legal opinions requested by the Minneapolis City Council, Segal said the two proposals —  to create a $15 minimum wage in the city, and to require police officers to purchase liability insurance — are not proper subjects for charter amendments.

The legal reasoning was different for each question. The minimum wage, she said, is an ordinance disguised as a charter amendment, which are reserved for measures that change the way the city is administered. Ordinances, on the other hand, are the purview of the city council.

“The citizen petition for a $15 minimum wage does not relate to the establishment, administration or regulation of city government,” she wrote. “It is legislative in nature … the Minneapolis City Charter does not provide for such ballot initiatives.”

The proposal to require police officers to purchase their own liability insurance isn’t valid, Segal wrote, because it is an area of law that is up to the state, not local governments. While there is room for local governments to overlap with state government on some policies, the local changes can’t conflict with state law. The liability measure would conflict with state policy, Segal ruled, because the state requires cities to defend and indemnify public workers.

The opinions are advisory. Minneapolis City Council members could decide next week to place them on the ballot, anyway. Segal, however, wrote that if members determine “that it does not meet the legal test, then the Council should vote to withhold the proposed amendment from the ballot.”

Even if at least seven council members vote to place either or both measures on the ballot, third parties can challenge those decisions in court and seek to enjoin the city from holding elections on the amendments. Such a suit could come from the Minneapolis Downtown Council and the Minneapolis Downtown Regional Council, who issued a joint statement on Thursday agreeing with Segal’s opinion.

“We urge Mayor Hodges and the members of the Minneapolis City Council to follow the sound legal advice of their City Attorney,” the statement said.

But Rasheeda Credit, a mother of five who belongs to Neighborhoods Organizing for Change — one of the measure’s backers — objected to appointed and elected officials blocking the amendment. “If they don’t let us vote, it’s like taking away our freedom of speech, and our right to feel like citizens. It’s not that we want $15. We need $15. And we deserve the right to vote on it,” Credit said.  “We should all have a say in what the laws are in our community.”

Segal’s opinion points out a path for the $15 minimum wage to go before voters, but it would entail a two-part campaign. Under state law, cities such as Minneapolis can grant residents the power to initiate ordinances on their own. But that in an of itself would require a charter amendment, which could be put on the ballot either through council action or signatures. If passed, residents could then use petitions to propose ordinances such as a higher minimum wage.

The $15 minimum wage amendment was sponsored by Vote 15 Now MN which submitted 17,902 signatures to the city. To be certified for the ballot, 6,869 must be of valid city voters; a review by the city clerk found that 8,418 were valid. 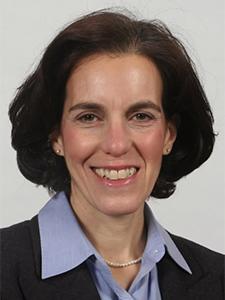 Neither opinion was unexpected. In a 2005 case called Haumant v. Griffin, the court of appeals ruled that a measure to legalize medical marijuana in the city wasn’t a proper charter amendment. After the council refused to place it on the ballot, the backers sought a court order to reverse that decision. The court, however, ruled that the proposal was “an initiative cloaked as a charter amendment” and “an attempt to circumvent Minneapolis’ bar on legislation by initiative.”

Proponents of the wage hike tried to address that issue before signatures were submitted, however, with a legal paper written by two attorneys, Karen Marty and Laura Huizar. The two argued that the Haumant case no longer applied because the city approved a write-through of the charter in 2013, which added language saying that the city charter’s “mention of certain powers does not limit the city’s powers to those mentioned.”

The two attorneys also pointed to the 2014 charter amendment that changed the food-to-alcohol ratios required of neighborhood restaurants. If the charter can regulate such details, it can create a minimum wage higher than the state minimum wage.

Segal, however, was unconvinced. Alcohol regulation has its own peculiar history in state law and the charter, she wrote, with some cities banning alcohol sales by placing them in the charter while Minneapolis regulated sales that way. “Consequently, the reference to liquor restrictions in the Minneapolis Charter does not justify the logical leap that the minimum wage proposal is a proper subject for a charter amendment.”

The legal reasoning around the police liability is somewhat different. The measure pushed by the Committee for Professional Policing would require Minneapolis police officers to purchase their own liability insurance. After failing to collect enough valid signatures initially, the sponsors were allowed more time under city code and were able to reach 7,059 signatures.

Under the measure, the city would have the option of reimbursing officers for the cost of basic policies but not more if policy rates were increased for officers who had faced multiple lawsuits and payouts.The theory behind it is that officers would change behavior if they, not the city, paid extra for abuse or misconduct claims.

“Our end goal is to spark a national police accountability movement centered on professional liability insurance for all police officers in the United States,” says the Committee’s webpage: “It starts here, in Minneapolis.”

The council is charged with making a judgement as to whether a charter amendment would be unconstitutional, is preempted by state or federal law, or “contravenes the public policy of the state.” Segal determined that it conflicts with state law, and also legislates an area that is controlled by state law. Specifically, state law requires cities to defend and indemnify public employees, including police officers.

In letters to the city, backers argue that the proposal is legal because officers would only be required to insure themselves against misconduct and therefore only covers conduct outside the city’s legal duty to provide defense and indemnity. But Segal said officers often face misconduct claims that are later found to be unfounded. In those cases, an officer and his or her insurer would face legal costs even when they haven’t committed unlawful acts.

She also said it conflicts with state law requiring cities to bargain with unions representing public employees in good faith. The city can’t unilaterally change a provision that has been arrived at via bargaining.

Proposed $15 wage should not go before Minneapolis voters in November, says city attorney