Over the last two years, Gov. Mark Dayton has developed a new mantra: Minnesotans wanted divided government, and this is what it looks like.

He’s referring, of course, to the gridlock in St. Paul since 2015, the year after voters sent a Republican majority to the state House of Representatives. With Democrats in control of the Senate and Dayton, a Democrat, sitting in the governor’s office, the political divide has led to frequent clashes and a short list of accomplishments since then.

This fall, Dayton isn’t on the ballot, but he wants voters to return things to the way they were before 2015, when Democrats controlled both chambers of the Legislature and the governor’s office. All 201 House and Senate seats are on the ballot this November, leaving the door open for Democrats to regain control of the House, maintain the Senate and sweep back into one-party control during Dayton’s last two years in the governor’s office. Republicans are hoping to maintain control in the House and possibly even win a majority in the Senate, but either way, they’ll face opposition from Dayton.

For those closely watching the race for the Minnesota Legislature in 2016, that’s exactly what’s at stake: the difference between more political division in St. Paul or a one-party-controlled government that passes more bills — though bills some voters don’t like.

When DFLers controlled government in 2013 and 2014, they made major changes to state policy. Under Democrats, Minnesota was the 12th state in the nation to legalize same-sex marriage in 2013, shortly after voters narrowly defeated a constitutional amendment to ban gay marriage. In 2014, DFL lawmakers also raised Minnesota’s minimum wage to $9.50 for the first time in nearly a decade.

If Democrats regain control of government this fall, they’ve already teed up a handful of issues for debate, including mandatory paid family leave across state government and Minnesota’s private sector. They’re promising to pick up the debate about closing Minnesota’s racial disparity gap, and environmental issues would also play a bigger role under Democrats, including Dayton’s agenda to clean up and protect all of the state’s waterways.

Dayton plans to travel to all 87 counties in Minnesota in 86 days this summer and fall to deliver that message, but it’s one that can cut both ways, especially in Greater Minnesota, where some voters are still upset over proposals that passed last time Democrats had control.

“It’s always in the eye of the beholder,” Darin Broton, a longtime DFL operative, said. “Democrats like to say we can get stuff done if you give us the keys to run everything, but there’s still a great amount of pause with folks. People say, ‘We don’t trust you that you are going to focus on A, B and C, because last time you were elected you did X, Y and Z.’ ”

Much as they did during the 2014 campaign, Republicans are pitching the need for balance in government. They point to tax increases passed under Democrats in 2013 and 2014, as well as funding for an all-new office building for senators, which became an anti-DFL mascot for House Republicans on the 2014 campaign trail. 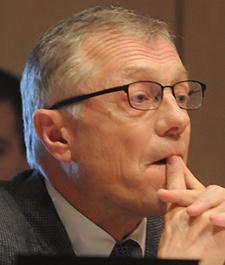 Sviggum acknowledges that divided government has led to plenty of gridlock in St. Paul, and that is likely to continue if Republicans maintain power in the House, but the end result is fewer bills with broader support publicly. That includes a two-year, $42 billion budget passed in 2015 that increased spending in a few targeted areas like nursing homes and education.

“The more liberal agenda from the governor is going to be there, so it’s important to have Republicans to balance that out,” he said. “Does that mean there’s more confrontation? Yes. Does that mean its harder to come to decisions? Yes. But that means the result will be more mainstream and more balanced.”

Republicans haven’t exactly been quiet about their priorities over the last two years, and those are unlikely to change in 2017. With a projected budget surplus and plenty of money left on the bottom line last session, Republicans will continue to push for tax cuts, arguing the state is taking in more than it should from Minnesotans.

In the weeks since session ended, Republicans also brought a new issue front and center: Pre-emption for local governments. The business community wants legislators to pass a law that prevents cities from passing their own wage and labor rules, after cities like Minneapolis and St. Paul have moved toward offering workers paid leave. Minneapolis is also considering a referendum to increase the city’s minimum wage to $15 per hour. House Speaker Kurt Daudt said the pre-emption proposal is a priority for Republicans in a potential special session of the Legislature or in regular session next year.

Will any Legislature be productive?

But for some longtime Capitol watchers, the two possible outcomes of the 2016 election aren’t really all that different. Government has become more partisan both federally and locally, no matter who is in charge, and both parties have been emphasizing what they’ll prevent.

Matt Kramer, president of the St. Paul Area Chamber of Commerce, was disappointed that lawmakers couldn’t come to an agreement on a long-term transportation funding package this year, even though both parties said it was a priority. A bonding proposal that included one-time transportation funding blew up in the final minutes of session over whether funding options for light rail should be included. 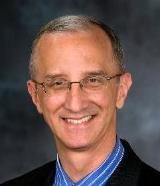 It would be easy to blame that outcome on divided government, Kramer said, but when Democrats controlled government, they didn’t pass funding for transportation and light rail projects either.

Broton said he has a similar frustration: So far, the 2016 campaign has been quiet, and neither side is doing much to show voters how Minnesota could be different if they are elected in the fall.

“The challenge right now is neither side has figured out how to frame up what they are for,” he said. “Right now it’s more, ‘Here is what you are going to get if you elect the other side.’ ”

What’s at stake in this year’s legislative races