There are a few races in the Minnesota House and Senate that swing the same way — every single time.

Legislative seats in Minneapolis and St. Paul and a handful of districts on the Iron Range reliably vote for Democrats cycle after cycle, just as some districts in rural areas and the exurbs have a long history of voting Republican.

But those districts are also the most likely to feature lively summer primary battles, with the victor all but assured a seat in the Minnesota Legislature after the fall election.

In political strongholds, primary battles are often conservative or liberal litmus tests for incumbents. In this year’s Aug. 9 primary, for example, Republican House Speaker Kurt Daudt will face a challenge from his right, while the same day four Twin Cities incumbent Democrats will be challenged over their records, especially as related to equity issues and race relations in the cities.

In other cases, a newly open seat can attract a large crowd of candidates from the same party. That’s what’s happening in northern Minnesota, where four Democrats are vying for a single open seat.

With low voter turnout expected across the state, anything can happen in these races. With that in mind, MinnPost has broken down the nine most interesting legislative primaries in Minnesota to watch in Tuesday’s election:

House District 6A
Many people were surprised when DFL Rep. Carly Melin decided not to seek another term. Coming to the statehouse in a 2011 special election, she established herself quickly as a rising star and took the lead on everything from the state’s medical marijuana program to the Women’s Economic Security Act. Her departure from the House leaves a vacancy in a left-leaning district that includes Hibbing, Chisholm, Nashwauk and Floodwood. Four DFL candidates are vying to advance to the general election, including Nashwauk Mayor Ben DeNucci, Hibbing teacher Julie Sandstede, former Rick Nolan staffer Tom Whiteside, and car dealer Mike Thompson, who lives in Cherry. Making things more interesting: None of the candidates were able to secure the party’s endorsement this spring. The winner in the primary will go on to face Robert Farnsworth, a teacher from Hibbing who’s been endorsed by the Republican Party, but they should have a good shot to win the general election in the DFL-leaning district.

House District 31A
There’s a piece of wisdom that spreads around the Capitol near election time: Don’t forget to mind business back home. It’s easy to get distracted by the hustle of the legislative session, but it’s also the ideal time for primary challengers to emerge and start their campaigns in earnest. That’s especially true for Kurt Daudt, the Republican Speaker of the House, who was busy all session in negotiations and is now running campaigns for his entire caucus. But back home, he’s facing a challenge from his right in Alan Duff, a veteran and small business owner. Duff argues Daudt has abandoned his conservative credentials in deal-making with Democrats in St. Paul. It’s been a heated race in the Isanti County district, where Daudt supporters are alleging widespread campaign finance violations by Duff (which Duff denies) and members of the state’s Tea Party groups, who they say are openly coordinating to defeat Daudt. 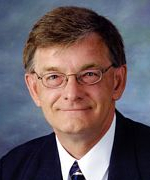 House District 31B
After more than two decades in St. Paul, GOP Rep. Tom Hackbarth lost his party’s endorsement back in April to East Bethel businessman Cal Bahr. Initially, Hackbarth wasn’t sure whether he wanted to run for his House district again, which includes Anoka, but he ultimately jumped into the primary contest. That miffed some local Republicans, who said Hackbarth initially promised to abide by the endorsement. Local Republicans activist are also likely primary voters, making this a race to watch. Hackbarth will tout his record in St. Paul and hope his name recognition carries him through to a victory. 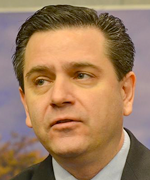 Senate District 32
GOP Sen. Sean Nienow has had a challenging two years. Early last year, it was revealed that the three-term senator filed for bankruptcy after reneging on a six-figure small-business loan. He was relieved of that debt, but in March, he lost his local party’s endorsement to Mark Koran, a financial adviser who lives in North Branch. Senate District 32, which covers the exurbs northeast of the Twin Cities, tends to lean conservative, but Democrats have held it before. Koran is running on his financial background and electability, saying Nienow is a risk to keeping the seat in the Republican column this fall. Nienow is running on his lifelong residency in the district and experience navigating the Capitol. 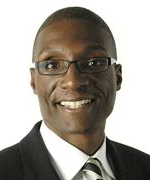 Senate District 59
DFL Sen. Bobby Joe Champion, whose district covers north Minneapolis as well as much of the city’s downtown, co-chaired a committee this session that looked at ways to tackle the state’s stark racial disparities. Legislators ultimately passed a $35 million package of proposals to address the issue, but Champion still earned a primary challenge from Patwin Lawrence, who said Champion is not doing enough for people of color in the state. Lawrence, a former chair of the Council on Black Minnesotans, said his priority would be to treat economically depressed neighborhoods like north Minneapolis “as assets to grow and not liabilities to manage,” according to his campaign website. Champion, a lifelong northside resident, is serving his first term in the Senate after serving two terms in the House. 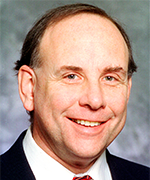 House District 59A
DFL Rep. Joe Mullery has survived many primary challenges to his north Minneapolis House seat since he was first elected two decades ago. But this year, he’s facing a challenge from Fue Lee, a 24-year-old aide in the office of Secretary of State Steve Simon’s office who nearly beat Mullery for the DFL endorsement this spring. Born in a refugee camp in Thailand before moving to Minnesota, Lee wants to see the north side’s Hmong-American community represented at the Capitol, but he’ll have to chip away at Mullery’s support, built over many years of work in his community. 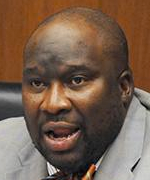 Senate District 62
DFL Sen. Jeff Hayden, first elected to the Senate in a 2011 special election, has earned a primary challenger in Mohamoud Hassan, a Somali immigrant who helps produce a show called “Somali Voices” on KFAI. Hassan is running partially because of recent personal turmoil surrounding the senator, who agreed to repay $2,750 to settle claims that he and his wife allegedly benefited from the defunct nonprofit Community Action of Minneapolis. Hayden has denied all wrongdoing, but it’s become an issue in the primary. Hayden is serving his first term in the Senate, serving a district that covers a swath of south Minneapolis that includes the Phillips and Powderhorn neighborhoods, and holds the title of assistant Senate Majority Leader. He previously served two terms in the House. 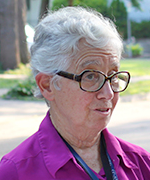 House District 60B
DFL Rep. Phyllis Kahn is getting used to fighting for her political life. It’s the second cycle in a row she’s facing strong challenges from a growing part of her Minneapolis district — the Somali community in the Cedar Riverside neighborhood. She survived a challenge from candidate Mohamud Noor in 2014, but he’s back to challenge her again this year, along with Ilhan Omar, a DFL activist and former city council staffer. Both challengers say it’s time for some new blood — Kahn has been in office for 44 years. Omar nearly secured the backing of local Democrats at the DFL’s April endorsing convention. But after five ballots, all three candidates walked away without the endorsement and have been campaigning all summer to make their pitch. 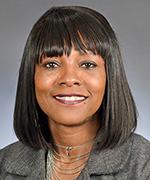 House District 65A
A single St. Paul seat in the Minnesota House has become the focal point of race relations this primary season. Three-term DFL Rep. Rena Moran is currently the only black member in the chamber, but she’s being challenged by Rashad Turner, leader of St. Paul’s Black Lives Matter chapter. Turner, who’s been involved in many of the major protests on racial issues in the district, is arguing Moran is not visible in her community or on social justice issues. Moran has responded by touting her record supporting everything from “Ban the Box” to education programs for young women of color.

The 9 most intriguing legislative primaries in Minnesota