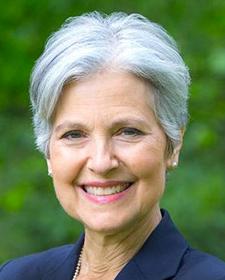 The Green Party delivered petitions containing 6,000 signatures supporting Jill Stein for president to Minnesota’s Secretary of State’s office on Monday afternoon — two days before she stopped in the Twin Cities for a campaign event — a reminder that this year’s election is about more than Democrats and Republicans.

Given the high negatives of Hillary Clinton and Donald Trump, three parties —  Green, Libertarian and Independence — have high hopes of  winning major party status in Minnesota, a hurdle that isn’t that difficult to clear and one that carries substantial rewards.

If the candidate of a party can achieve 5 percent of the vote in a statewide race, the party is considered “major,” which means automatic access to the ballot in future elections as opposed to the grind of going through a petition process. It also means access to public funding.

It was just two years ago that the Independence Party lost its 20-year grip on major status when, for a second successive election, none of its statewide candidates hit the 5 percent mark. IP secretary of state candidate Bob Helland won 4.9 percent of the vote, falling about 1,300 votes short of keeping the IP in the ranks of Minnesota’s major parties.

In the wake of the loss of major status, IP leaders decided to try to “regroup.” The initial thought was that the IP label should be built from the ground up, going after local, county and some state offices. “But we discovered that doesn’t work in a presidential election year,” Fuehrer said.

Virtually all voter attention, he said, is on the presidential candidates.  You’ve got to have a horse in the big race if you want people to be talking about local candidates.

So, when earlier this month Evan McMullin, a former CIA agent and the policy director for the U.S. House Republican caucus, announced he was running for president, IPs in Minnesota were quick to endorse him. “We’re hoping we can get him to the State Fair,” Fuehrer said.

Fuehrer believes — at least publicly — that the IPs still have a 3 percent base in the state and have the time to find another 2 percent from among Minnesotans who rejected Clinton and Trump during party caucuses. Clinton was clobbered by Bernie Sanders, and Trump finished a distant third, behind Marco Rubio and Ted Cruz. 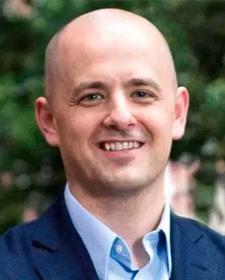 It would seem that the Greens would have the best opportunity to capitalize on Sanders’ popularity. Brandon Long, the Greens’ state director, says that he hears almost daily from Sanders supporters moving to Stein. “The thing is, Bernie’s platform was about 99 percent in alignment with Jill’s,” said Long. The big difference, Long said, is that Stein is even more adamant about military conflict than Sanders.

But everything is different now, Long insists. Clinton is no Obama, and social media has entirely changed the political landscape. With social media, Long said, minor parties no longer need to beg the mainstream media for attention. Social media give the minors the tools to win recognition and energize far larger portions of the population than before. 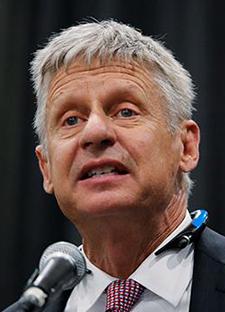 “The bottom line is this,’’ said Long. “Minnesota voters have rejected these candidates.”

He added that Clinton’s reaching out to “war criminals like Condoleezza Rice and Henry Kissinger” is going to turn even more Sanders supporters Green.

Given its national strength, it would seem that the Libertarian Party has the best shot at the magical 5 percent number in Minnesota. Its candidate, former New Mexico Gov Gary Johnson is hitting close to 10 percent in a number of national polls. And Johnson’s running mate, former Massachusetts Gov. William Weld, gets nods of approval from whatever is left of Republican moderates. On the other hand, Johnson received just 1.2 percent of the Minnesota vote four years ago.