How do you talk about Donald Trump?

Republicans running for Congress this year have had to ask themselves that question — and often, thanks to the GOP nominee’s ability to ignite a new controversy on a daily basis. For most of them, the answer is to not talk about Trump much, if at all.

But Democrats have labored to link down-ballot Republicans with Trump’s rhetoric and whatever his controversy du jour is, believing that his presence at the top of the ticket will depress enthusiasm and turnout, and potentially putting the Senate, or even the House, back in play.

But the Trump effect is uneven — and it’s far from an anchor everywhere. That’s especially true in Minnesota: Trump’s rhetoric on immigration, trade, and terrorism is creating opportunities for some candidates — think Stewart Mills in the 8th District — while creating headaches for others, like 3rd District Rep. Erik Paulsen.

The three Minnesota Republicans in the most competitive races — Paulsen, Mills, and 2nd District GOP nominee Jason Lewis — have had to maneuver the Trump wave carefully. What they’ve said about their party’s standard-bearer, and how their language has changed, is revealing of each candidate’s challenges — and chances — in November.

Paulsen: a slow walk away from Trump

Of the three GOP congressional candidates, Paulsen is undoubtedly in the toughest spot. He is the exact kind of Republican incumbent that Democrats believe is ripe to be knocked off thanks to Trump.

The 3rd Congressional District, the suburban west metro swath that Paulsen has represented since 2009, is reliably centrist, sending Paulsen to Congress easily each cycle even while also voting for President Barack Obama and Sen. Amy Klobuchar in their races there.

It’s the kind of place where the call to Make America Great Again rings a little hollower: CD3 is the most affluent congressional district in the state, the best-educated, and the most-employed — a place where voters get fired up in favor of free trade, not against it.

Paulsen is, dispositionally, deeply averse to controversy, and he now faces his first real re-election fight. Since last summer, the Eden Prairie Republican has expressed skepticism about Trump, but he has been inconsistent on whether he’d support him. 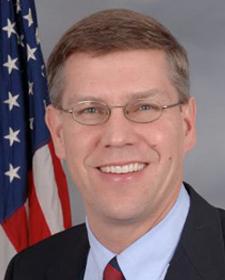 Back when the conventional wisdom was that Trump would crash and burn, Paulsen — who officially backed Rubio — said repeatedly that he “expected” to support the GOP nominee, always adding that he expected that person would be Rubio.

It’s a line Paulsen continued to offer, even after Rubio dropped out in March. In April, as Trump continued picking up wins and his remaining challengers flagged, Paulsen told MinnPost he still “expect[ed] to support the nominee.”

After Trump amassed enough delegates to secure the nomination, Paulsen in May affirmed he was “still planning on voting for the nominee,” but peppered that with a qualifier. “I’ve not hesitated in going a different direction than he is,” he said.

Over the summer, as Trump picked fights with the family of a slain Muslim-American war hero and a Mexican-American federal judge, and found himself trailing in most polls, Paulsen undid his plans to vote for the nominee.

At a campaign event in Minnesota last week, Paulsen said that Trump does not yet have his support. “My vote needs to be earned,” he said, “and it has not been earned.”

With three months to go until election day — and some Democratic polling showing Hillary Clinton ahead of Trump by 23 points in CD3 — it’s possible Paulsen could join the handful of GOP congressmen who will not support Trump.

By using elastic language like “plan” and “expect” from the get-go, Paulsen gave himself the wiggle room to distance himself from Trump if necessary, and he now appears to be taking advantage of it.

Mills: on board the Trump train

Paulsen may be Exhibit A of the perils of being a moderate, suburban Republican legislator in the cycle of Trump. But Stewart Mills could be one of the handful of GOP candidates lifted by the Trump wave — and his gradual embrace of the candidate may prove that.

Mills, whose family founded the Mills Fleet Farm chain of outdoor retailers, is facing 8th District Rep. Rick Nolan for a second time after losing to him by 1.4 percent in 2014.

It’s possible Trump could be a difference-maker for Mills this time around: The 8th District, which encompasses north-central and northeastern Minnesota, was Trump’s best district on caucus night. He earned 28 percent of the vote — five points behind Sen. Ted Cruz, but a full 10 points better than his showing in CD3. 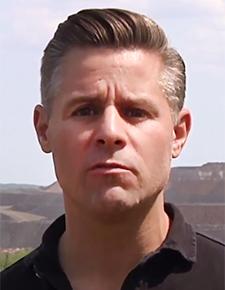 Trump’s general election message — heavy on criticism for international trade deals and full of praise for the mining and coal industries — should resonate on the Iron Range and around this rural district, where the economy and employment lags in comparison to the rest of the state.

Mills has clearly seen the opportunity, and his comments on Trump have gradually moved from cautious hedging to something resembling a full embrace of the New York developer.

In a February sit-down with MinnPost, Mills declined to endorse anyone, but suggested he favored an “outsider” candidate like Trump or former Hewlett-Packard CEO Carly Fiorina.

“In the 8th District, there is a huge anti-establishment, anti-Washington sentiment, and they’re looking for somebody who’s gonna stand up for them,” he said.

Shortly after Trump won the nomination, Mills was effusive in his praise for Trump, telling MinnPost he was “highly encouraged” from what he saw from the candidate.

He was quick to bring up how Trump’s message might play in the 8th: “I believe that Mr. Trump has started doing the right thing on day number two,” Mills said. “The day after he became the presumptive nominee, he went to West Virginia coal country and gave a speech he could’ve given right on the Iron Range. He’s really speaking to the issues that face our part of Minnesota.”

Internal polling from the Mills camp in April showed that Mills trailed Nolan by three points — but Trump was leading Clinton in CD8 by three points. If anything, Mills could hug Trump a little tighter in the coming months, even as the GOP standard-bearer struggles nationally.

And then there’s Jason Lewis, who might have the most complicated path through the Trump minefield.

The former talk radio host has built a brand on flouting political correctness and thrives in the media spotlight — a quality that’s prompted more than one Beltway outlet to deem Lewis a “mini-Trump.”

But the 2nd District — which encompasses the suburbs, exurbs, and rural areas south of the Twin Cities — is a place where political prognosticators see Trump as a liability for down-ballot candidates. Trump performed better here than he did in CD3, but only slightly — picking up 21 percent of the vote to Rubio’s 39 percent.

As he went from radio host to declared candidate to GOP nominee, Lewis has changed his tone on Trump. 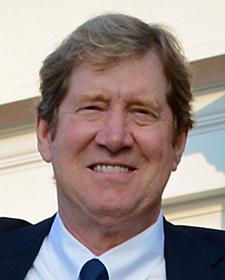 Before Lewis entered the race, he wrote a column on his radio show’s website criticizing the response from the media and corporate America when Trump entered the presidential race by saying that Mexico was sending rapists and other criminals to the U.S.

“NBC and the rest of the networks (MTV) would rather show children how to ‘twerk’ than allow anyone to hear what the facts clearly point out — no matter how offensive the delivery (one FBI study revealed 75 percent of those on the most wanted criminals list in Los Angeles, Phoenix and Albuquerque were illegals),” he said.

Over the summer, Lewis also called out via Twitter those who criticized Trump for his comments on Sen. John McCain’s actions in the Vietnam War, and also tweeted that Fox News moderators viciously attacked Trump in a GOP debate.

By October 2015, when he was officially a candidate for Congress, Lewis said he was “not afraid of Donald Trump as some of my friends in the establishment are.”

As he locked up the party’s endorsement and became the CD2 primary front-runner, however, Lewis grew more measured, ceasing to attack Trump’s critics, and adopting the Trump-cautious camp’s tendency to avoid using his name, in favor of the more benign “nominee.”

“I said all along,” Lewis said at the state GOP convention, “all the way back last fall when this thing started that I would support the Republican nominee, and I will.”

Now, with his nomination sewn up, Lewis faces Democrat Angie Craig, and heads into the general election with a $1.5 million cash disadvantage, in a district where any ties to Trump will do him few favors.

For now, it appears that Lewis is adopting the the central strategy of the national down-ballot GOP playbook: deflect to Hillary Clinton.

On a radio show last week, he said that he’d be happy to answer questions about Trump “as soon as you get Hillary Clinton to comment on the way her husband treats women.”