It wasn’t long ago when people like Mary Hernandez didn’t have a shot in Shakopee.

The first-time Democratic candidate for the Minnesota Legislature is running in an exurban district where, just four years ago, Republican Mitt Romney beat President Barack Obama by 15 points. That year, Republican legislative candidates also sailed to victory with margins of anywhere from 10 to 25 points. “I’m a first-time candidate and a Latina in a district that, for the last few decades, has been red,” Hernandez said.

But Shakopee, a city of about 37,000 people and the seat of Scott County, is becoming more diverse every year, and Hernandez’s campaign manager, Brad Tabke, served two terms as the city’s mayor. What’s more, winning the city of Shakopee is part of the strategy of another Democrat: Angie Craig, who is running a competitive race for Minnesota’s open 2nd Congressional District seat against Republican Jason Lewis. On a recent Sunday afternoon, Craig and Hernandez went around the district together, knocking on voters’ doors.

“I saw a big difference when she was out here. People were a little more receptive and welcoming just to know that she was here,” Hernandez said. “She’s taking the time to be at your door, even though it’s such a big race. It was a help for us.”

The 2016 election in Minnesota is part of a recurring phenomenon: Once every 12 years, there are no major statewide races on the ballot. That means no race for governor, or any other constitutional office, or even one of the two U.S. Senate seats. Statewide races are important for candidates down the ballot, particularly in local and state legislative seats; they often drive the election’s narrative, resources and get-out-the-vote efforts for all candidates.

But this year, without a statewide race on the ballot, the battle for control of the Minnesota Legislature has been more defined by the tumultuous presidential race between Hillary Clinton and Donald Trump.

Yet there is another phenomenon at play in 2016: three tight congressional races. The elections in the 2nd, 3rd and 8th Congressional Districts are considered competitive, attracting spending and resources from around the country. And in partisan districts that aren’t competitive — like the 5th and 6th Districts — incumbents are stepping up to fill the organization and support role that a senate or gubernatorial campaign typically fulfills.

“Statewide candidates galvanize resources in terms of staff and money, and they really drive the narrative and the turnout,” DFL Party Chairman Ken Martin said. “Absent that, the presidential race should be doing that here, and to a certain degree it is. But because Minnesota hasn’t been a target for Trump, the Clinton camp has put in some resources in here, but not a lot. The competitive congressional races are what have really galvanized the turnout and the resources in [those districts].”

In the 2nd Congressional District, resources from outside spending groups and the two political parties have targeted plenty of races down ballot, including competitive legislative elections in Red Wing, Apple Valley and Lakeville.

For her part, Craig has attended rallies and get out the vote events with legislative candidates throughout the campaign. Craig’s team is touting a top-notch ground game that has the dual effect of boosting herself and down-ballot DFLers like Hernandez. The campaign says it has made over 1.7 million attempts at voter outreach, with 400,000 of those attempts person-to-person, door-knocking contacts.

Democrats say that is eight times the work that was done in 2014, when Mike Obermueller ran against Rep. John Kline. The Craig camp believes that reaching so many voters gives them plenty of opportunities to persuade voters to vote DFL for as much of the ticket as possible — an advantage that 2nd District candidates for the Legislature may not have enjoyed as much in the past.

“There’s a great synergy there. When you’re talking about investment of resources it makes sense for a lot of money to go there,” Martin said. “The majority in the Senate and the House really runs through the 2nd and 3rd Congressional Districts.”

In Minnetonka’s House District 48A, Republican candidate Mary Shapiro is running for an open seat representing an affluent area where Trump is polling well behind Clinton. But above her on the ballot is four-term Republican Rep. Erik Paulsen, who’s popular in his 3rd District: The latest poll from KSTP/SurveyUSA showed Paulsen with an 11-point lead over his challenger, DFL state Sen. Terri Bonoff.

“I’m happy that I’m down ballot from a candidate that is pretty likeable,” Shapiro said. “He’s a good person, and he seems really popular here.”

But Paulsen’s popularity hasn’t stopped groups like the House Majority PAC from spending on television ads against the congressman. Democratic operatives hope increased awareness because of the competitive 3rd District race will turn out more voters to the polls this year, which usually helps Democrats down the ballot. 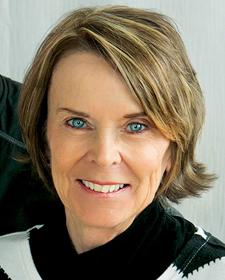 In northeastern Minnesota, meanwhile, the 8th Congressional District race between DFL Rep. Rick Nolan and Republican Stewart Mills is currently the second most expensive U.S. House race in the country. Republican candidate Sandy Layman, who is trying to unseat incumbent DFL Rep. Tom Anzelc in House District 5B, said people in the district are generally unsatisfied with the presidential choices on the top of the ticket, so it’s been nice to have another competitive race above her on the ballot drawing some attention. Around Grand Rapids, yards with a Mills law sign usually have a Layman sign too, she said.

The competitive 8th District race has also helped focus the narrative on issues like the Affordable Care Act, Layman said, instead of the controversy du jour in the presidential race.

“I think it’s always an advantage to be in a district where there’s another competitive race,” she said. “It does certainly add to the interest from voters to have both a competitive congressional race and a competitive legislative race. It’s nice to have a young, energetic candidate near the top of our ticket.”

It’s not just candidates in competitive districts that are stepping up in the absence of statewide races: safe incumbents see an increased role to play in this cycle, too.

Fifth District DFL Rep. Keith Ellison has long preached the get-out-the-vote gospel, and has built a formidable grassroots voter engagement operation in his dense Minneapolis district. With his seat safe, Ellison has worked for DFL candidates in his district and elsewhere in 2016.

According to his campaign, Ellison has stumped for Zachary Dorholt, running in a competitive race in St. Cloud’s House District 14B, Ilhan Omar, running in Minneapolis’ House District 60B, and Erin Maye Quade, an Ellison staffer who is running in Apple Valley’s District 57A. 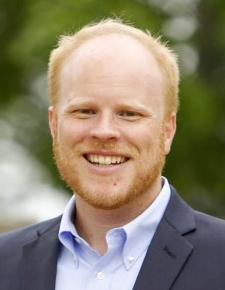 Mike McCool, who works for Ellison’s campaign, said this rare cycle puts pressure on congressional candidates around the state. In another year, he said, “It would be a governor or senator that’d be playing a bigger role in getting out the vote for the DFL ticket.”

While Democrats have several safe congressional incumbents to help organize turnout down-ballot, the Republicans have only one federal office-holder without a tight race of his own: 6th District Rep. Tom Emmer.

David FitzSimmons, Emmer’s campaign manager and a former lawmaker himself, said the rarity of this kind of election cycle “puts a lot more pressure on the Congressional level, especially incumbents, to carry the weight and help the down-ballot races.”

That makes Emmer a singular asset for Republicans, and his travels this cycle reflect that of an in-demand politician: according to his campaign, the freshman congressman has done events in support of at least 16 GOP candidates for the legislature, and for five GOP candidates for Congress.

Said FitzSimmons: “Tom has made it clear to us that we are to be as helpful as we can to not only the legislators and candidates in the 6th District but around the state and other congressional races.”

Competitive congressional races are shaping the battle for the Minnesota Legislature

By Sam Brodey and Briana Bierschbach