The sale of two apartment complexes in the Twin Cities suburbs focused attention on what some see as an opportunity — and others see as a real problem.

Crossroads at Penn in Richfield and Meadowbrook Manor in St. Louis Park were middle-aged apartment complexes that offered a large supply of what has become known as naturally occurring affordable housing, NOAH for short. They aren’t public and they aren’t subsidized, but their owners did accept state and federal housing vouchers that helped low-income tenants pay the rent.

All that changed when they were sold, though. Crossroads, for example, became The Concierge, but only after the existing tenants were either priced out or unable to meet more stringent qualifications. Higher credit scores, higher income limits, caps on the number of tenants per bedroom and the refusal to accept Section 8 vouchers all combined to make it difficult for low-income tenants, especially families, to requalify, even if they could afford the new rent.

The two buildings are the most conspicuous examples of the domino effect at play in the Twin Cities rental market and its response to more well-off renters, according to a recent study by the Minnesota Housing Partnership.

The affordable housing advocacy group found that in recent years, in response to more renters with incomes in excess of $100,000 a year, developers rushed into the luxury apartment market. But they also found that as the luxury market boomed, other developers saw an opportunity to cater to the next economic rung down, often in the next neighborhood over.

Developers began purchasing buildings that were a bit run down but in desirable areas, then “upscaling” them with features like granite countertops and stainless steel appliances and amenities like fitness centers and even dog spas, and marketing them to tenants with luxury ambitions, if not luxury incomes.

“The thing that surprised me was, in addition to the low cost of capital and the tight rental market, that there was this much wealthier tenant population,” said Chip Halbach, the executive director of the Housing Partnership. “It wasn’t just the growth in the renter population overall, but in particular since 2010, that 90 percent had incomes above $50,000 per year.”

But while the upscaling of Crossroads (with 700 units) and Meadowbrook (with 550) captured media and political attention because of their size, the report found that the phenomenon is widespread, even if little noticed. That’s because many apartment sales are of smaller buildings, and the impacts on tenants don’t always come to the attention of fair housing advocates. 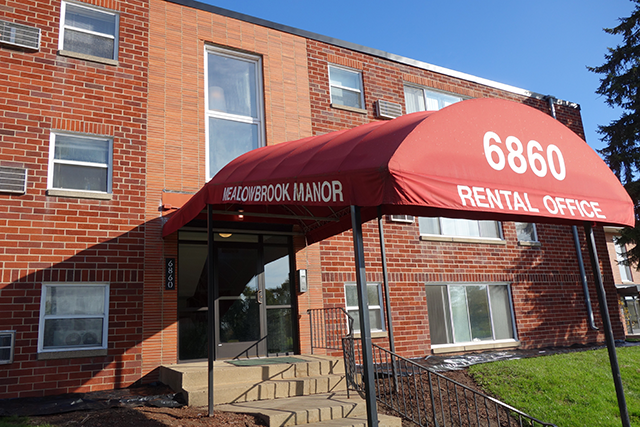 “While more public attention in recent months has been given to sales and resulting displacement from large suburban properties, there is a less-visible disruption occurring in the central cities,” the report states. “When combining the central city with the suburban sales, the displacement problem is more pervasive and significant than is clearly evident to the general public and the policy makers.”

Meanwhile, vacancy rates in the Twin Cities remain low and rents are rising. “While not all apartment property sales resulted in a loss of affordability, in the region’s tight rental market, many property owners can raise rents without seeing their vacancies increase,” the report stated.

In the first years of the recovery from the Great Recession, sales of apartment buildings were spread around the region. But in 2012 and 2013, transactions began to cluster in St. Paul and Minneapolis. In St. Paul, the hottest areas were south of I-94 in Summit-University, Union Park and Mac-Groveland. In Minneapolis, sales were focused in Whitter, Lowry Hill East and Stevens Square. 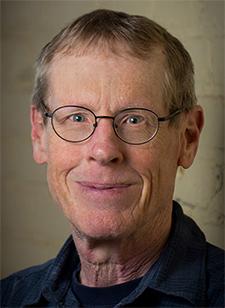 The Housing Partnership found something perhaps unexpected — but also troubling. Using sales records as well as Census data from the American Community Survey, research showed that the census tracts with nearly half of the sales were those with reported incomes between $40,000 and $59,999 per year. And 57 percent were in census tracts considered racially diverse — defined as tracts where people of color make up 26 percent of the household population.

If low-income renters from communities of color are priced out of those neighborhoods by upscaling and market-driven rent increases, the city’s most-diverse neighborhoods are apt to become less so. Or as Halbach says: “There is a disproportionate number of these sales in communities that are economically vital ones which are also fairly well integrated.”

One potential result is that displaced people will have to look in areas with affordable housing that haven’t been impacted by the upscaling phenomena. “It is easy to hypothesize that since the sales aren’t occurring in low income, high-minority neighborhoods that there is a forced resegregation going on,” Halbach said.

In at least one case, a legal case has been filed in response to the phenomenon. The Housing Justice Center has brought a federal housing discrimination lawsuit against the owners of the Concierge/Crossroads on behalf of a group of tenants. The suit argues that there was more than the law of supply and demand involved in tenant relocations: The developer had made public statements that one goal of the renovation was to get rid of “undesirable tenants” and “attracting great residents to live in our communities.” 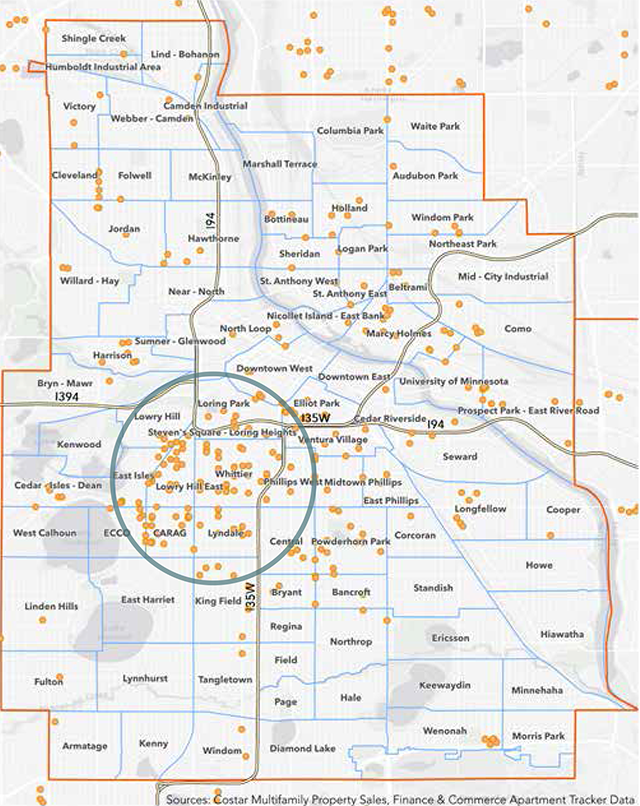 A recent U.S. Supreme Court decision says that plaintiffs don’t have to prove a discriminatory intent if they can demonstrate that classes protected under federal housing law — minorities, the disabled, families — faced a disparate impact. In July, in an order denying the developer’s motion to dismiss the suit, U.S. District Court Judge Ann D. Montgomery wrote that the developer’s “statement about ‘undesirable residents’ and Defendants’ apparent target market … suggests that the disparate impact might not be coincidence.”

The case is currently in discovery but won’t come to trial until April of 2018, too late to help those facing displacement.

Mary Rippe, the president of the Minnesota Multi Housing Association, agrees with the conclusion in the Housing Partnership’s report that the region has “real housing affordability issues.” But she said she thinks it doesn’t include the perspective of building owners and the economic realities they face. 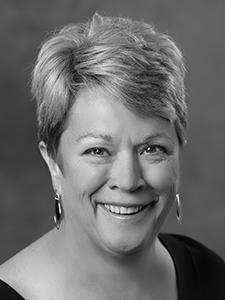 While rents have recently been increasing dramatically, that wasn’t the case during the decade of the 2000s, when rents increased only by a total of 6 percent. “But during that time we had a lot of rising costs,” she said, with state and local taxes being a large percentage.

Now that the rental economy has improved, building owners have an opportunity to respond to an aging housing stock. (Of the 325,000 rental units in buildings with 10 or more apartments in the Twin Cities, 250,000 are more than 30 years old.)

New construction is focusing on luxury apartments in response to economic trends, she said. “We have a strong economy, we have a lot of job growth, we see the people taking those jobs having higher incomes and paying higher rents,” Rippe said. Combine that with retirees leaving behind large houses in lieu of urban apartments and there is pressure on housing supply at the upper end. “We can’t build it quick enough,” she said, “and we can’t afford to build for the really low income because the numbers don’t really work.”

Halbach said the Housing Partnership’s report was meant to raise awareness of the problem; it doesn’t lay out specific solutions. But he said he thinks those could include more funding from the federal and state governments for subsidized housing and should involve looking at other cities that began facing affordability issues before the Twin Cities. Seattle, for example, is requiring developers to either provide or pitch in to pay for affordable housing. The city also plans to allow more height to projects that include affordable housing. 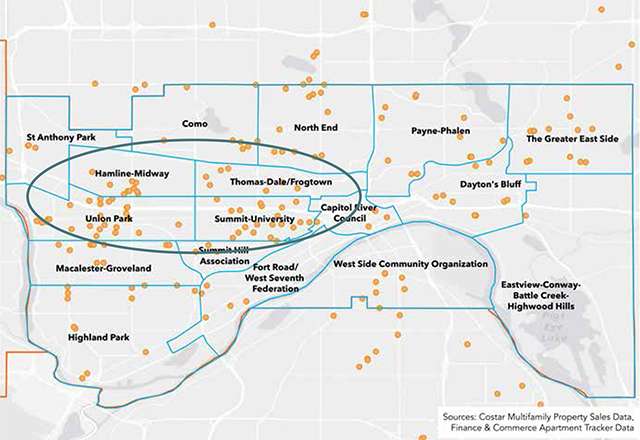 Both Halbach and Rippe pointed to an emerging plan by the Greater Minnesota Housing Fund to gather public, private and foundation money to enter the market and buy buildings that might be targets for upscaling. “There just needs to be more public and charitable resources out there to cover the costs in terms of what the market can offer for rental housing and what lower-income people can afford,” Halbach said.

How luxury apartments in Uptown affect low-income tenants in Frogtown