Business leaders in the Twin Cities are worried about a number: 100,000.

That’s how many jobs will go unfilled by 2020 if current demographic trends don’t change. The problem is such a threat that the region’s business leaders created an organization — Make It. MSP. — that’s tasked with resolving it.

The response they’ve come up with: do a better job of recruiting people to move to the region — and then do a better job of keeping them here once they arrive. That includes everything from helping newcomers make the transition, especially in making social connections, and making special efforts to retaining people of color who report having an especially hard time feeling welcome and valued.

At a conference earlier this week, Peter Frosch, the vice president of the regional economic development organization Greater MSP, said the mission is to build an atmosphere, “so that innovative, talented and ambitious people can come here and stay and thrive regardless of their background.

But the region has work to do, and the challenges are different for white workers than they are for people of color. For white job recruits, the region is doing well at retaining them, but not so well at recruiting them in the first place. Based on an analysis performed by Myles Shaver at the University of Minnesota’s Carlson School of Management, the Twin Cities is first in retaining those with a bachelor’s degree or higher among the nation’s 25 largest regions.

But it is 19th in bringing them in. For example, 3.3 percent of the working population of the region — more than 73,000 people — arrived in 2015. That’s behind the percentage of newcomers as share of population in places like Portland, Denver and Seattle, which was above 5 percent. “People who are here tend to stay here,” Frosch told those gathered at the Guthrie Theater Monday. “But we see relative low rates of attraction from other states as we look at faster growing parts of the country.”

For people of color, the problem is the opposite. The region has done pretty well at persuading professionals of color to take a chance on the Twin Cities, with surveys showing such professionals more likely to consider a move to the region.

But the Twin Cities is No. 14 of the 25 largest cities at retaining those same people once they arrive (it does better among people of color who have children). In fact, a survey of professionals of color showed that 60 percent are considering leaving in the next three-to-five years. “We see a continued failure to include people of color in employment and educational opportunities, despite the fact that these are the fastest growing parts of our population,” Frosch said. 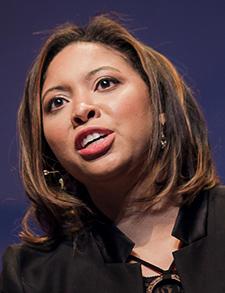 At the conference, Tasha Byers, who leads the professionals of color retention team at Make It. MSP., used a rescue beacon worn by firefighters to issue what she called a “heightened alert.”

“We have professionals of color here who are struggling … we’re struggling to belong,” she said. “And we must hear the alert.”

Shawntera Hardy, the commissioner of the state Department of Employment and Economic Development, said the state has record numbers of job openings with low unemployment. Not everyone is sharing in the prosperity, however, with some population subgroups having jobless rates nearly 25 percent. “We have a number of Minnesotans sitting on the economic sidelines,” Hardy said. And too many don’t have access to the loans that are needed to start and grow a business. She complimented Make It. MSP. for spending its first year in existence asking people what they think and listening to the answers.

At the same time, finding employees for high-skilled jobs is becoming more competitive, said Christa Nelson, senior recruiter for Health Partners. As recently as 2009, the pool of candidates was deep; nearly everyone offered a job accepted one, and most jobs were filled within the region, she said.

But the acceleration of baby boomer retirements and a decline in natural population growth means the region needs to import more people, both domestically and internationally. 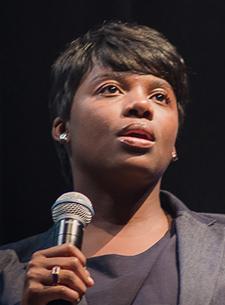 Nelson said Health Partners is casting a wider net and having to relocate workers from elsewhere, something that rarely happened in the past. That means the company is having to fill in job candidates on what it is like to live and work in the region.

Make It. MSP. created a website that companies can point job candidates to and built what it calls the recruiter toolkit — with information, photos and videos — that recruiters can use to tailor their pitches. The organization also surveyed 1,800 people who lived in 20 different areas to gauge their perceptions to recruiters could address negative images. “Did they view us as anything more than a place that’s a frozen tundra for six months of the year or the place where Mall of America stands?” she asked.

Those images did come up, she said. But so did knowledge of the number of Fortune 500 companies with headquarters in the region. “How can we use that data to help them to see how great it is to work here,” Nelson said.

The transition from newcomer to established resident is difficult enough that businesses have been created to help. Melanie Allen formed a company, Welcome Matters, that contracts with companies to help their new hires with simple tasks, like deciding where to live, as well as more complex ones, such as how and where to make friends. “There’s nothing more frustrating than being boots on the ground and not knowing which way to turn,” Allen said.

Moira Grosbard, meanwhile, created Network Careers specifically to work with “trailing spouses.” “You bring someone here for a job but the partner isn’t as excited,” Grosbard said. “It isn’t what they wanted to do, so often, at the end of the day, your corporate new hire is going home to someone who really just wants to leave.”

Grosbard and Allen ran focus groups among newcomers and found another vulnerable group: singles. “If they haven’t grown up here, if they don’t have family, they have no connections to the region, really the workplace is the only way they can get to know people,” Grosbard said. And while big companies have programs to help employees meet others and engage in off-work activities, medium and small workplaces can’t afford such help. 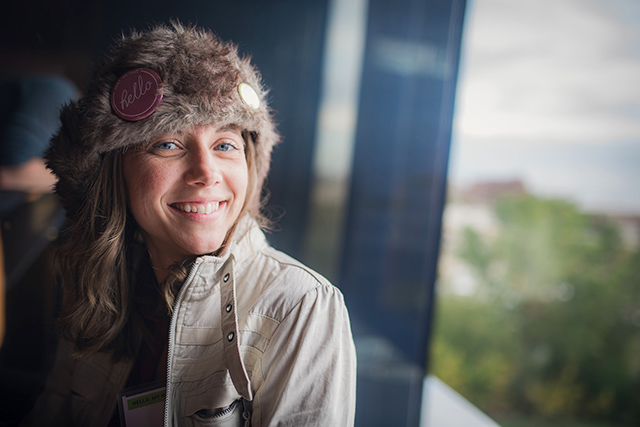 Courtesy of Make It. MSP.
Ashley Hanson is a producer of St. Paul Hello, an effort founded by artist Jun-Li Wang to give newcomers to the city warm hats.

Danielle Steer, who moved to the region from the San Francisco Bay area, is one of the leaders of Make It. MSP’s efforts toward social inclusion. They set a goal of connecting with 10,000 newcomers, something done via informal events like “Break The Bubble,” which are social meet ups around the region; “Newcomer Nosh,” which involves that elusive dinner invitation; and “Minnesota Nice Breakers,” a group that attends already scheduled events and seeks out newcomers. They also asked 800 newcomers to respond to a survey about their experiences.

“The majority said that personal and social connections were important concerns for them before they moved here and once they got here,” said Steer who is manager at Impact Hub MSP. That could be family, friends, coworkers or other “peer-to-peer” contacts.

The biggest challenges face those who arrive with no social connections, she said. “Those people have various challenges in assimilating because it can be a bit more difficult to break into social networks here,” Steer said. Many respondents said they were satisfied with the region’s quality of life, but dissatisfied with their personal lives. “That’s dangerous when you think about the future health and wealth of the economy and the different organizations that are part of this,” she said.

Making newcomers feel welcome can be as simple as a warm hat, said Ashley Hanson, who works with St. Paul Hello, an idea started by St. Paul artist Jun-Li Wang after she realized how a good hat makes winters easier.

The biggest cheers of the summit came when Hanson announced that the program of inviting newcomers to ceremonies and presenting them with winter “Welcome Hats” would expand: St. Paul Hello will become MSP Hello.

“This is about all of us becoming more radically welcoming,” Hanson said. “Anyone wearing one of these hats, they are new to Minnesota. Please say hello to them.”