On November 7, Democrats in Minnesota were expecting an Election Day romp: the North Star State would help elect Hillary Clinton as the 45th president and Democrats would pick up a U.S. House seat — maybe two.

They awoke on November 9 to President-elect Donald J. Trump — who was within two percentage points of becoming the first Republican to win Minnesota since Richard Nixon — a pick up of zero U.S. House seats and close calls for three incumbents.

After eight years of achievement nationally and in Minnesota, it’s safe to say that Democrats now find themselves in a weakened position.

Top Democrats in Minnesota and around the country utterly failed to see the Trump wave coming.

So did the press and pundits: forecasters like FiveThirtyEight, which had Trump’s chances to win the White House hovering around 25 percent, and the GOP’s chances to hold the U.S. Senate at around 55 percent.

Clinton defeated Trump by just 1.5 percent in Minnesota, largely on the strength of turnout from Hennepin County. Thirty-three Minnesota counties that went for Barack Obama in 2008 or 2012 backed Trump this cycle.

Democrats’ efforts to connect down-ballot Republicans like Rep. Erik Paulsen and Jason Lewis, in retrospect, were wastes of time and money, as voters in those places either went for Trump or split their tickets. 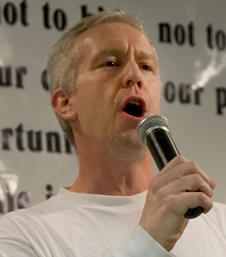 Democratic Rep. Rick Nolan eked out a win over GOP challenger Stewart Mills in the 8th District by just over 2,000 votes, but in two races on no one’s radar — the 1st and 7th Districts — Reps. Tim Walz and Collin Peterson only narrowly defeated their challengers.

Democrats vastly underestimated Trump’s coattails, according to Jeff Blodgett, a longtime DFL operative. He said Democrats ran Clinton, an establishment candidate, in what clearly was a “change” election. “People got comfortable voting for [Trump] as a change agent,” he said. “There may have been some new voters, turnout was up in non-metro parts of the state over 2012. We haven’t seen those patterns in a while. There could have been some conservative non-voters or infrequent voters who came out because of this election.”

“It was a change election,” he said, “and we had a candidate who didn’t represent change, and the other candidate did in spades.”

Rep. Keith Ellison put it bluntly: “It was sort of an American Brexit.”

Sen. Al Franken and Ellison, though surprised by Tuesday’s results, struck cautious notes in interviews, saying they wanted to find ways to work with the new GOP leadership where possible, while reiterating their opposition to them on key issues.

“I’m not like Rush Limbaugh,” Ellison said, referencing the radio host’s declaration upon Obama’s election that he hoped the new president would fail. “I do hope President Trump does well for the nation…  The country ought to give him a chance to be successful, but on a very short leash.”

Franken said he believes “there are areas where I have agreements with the President-elect… like on infrastructure. I believe that prosperity is paved by three things: education, research and development, and infrastructure. He wants to invest heavily in infrastructure, some of my Republican colleagues on the Hill don’t.”

In a statement, Sen. Amy Klobuchar identified infrastructure, along with tax reform and immigration reform, as areas where Democrats and Republicans could find common ground in the new Congress. 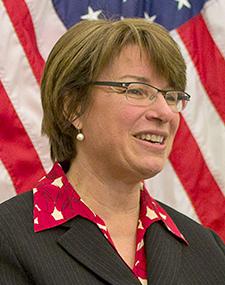 On trade, Democrats may find an ally in Trump, who made his opposition to international trade pacts a hallmark of his campaign.

But Ellison expressed some skepticism that he’d follow through on his plans. “He says he’ll promote a fair trade policy, we’ll hold him to that,” Ellison said. “How’s this guy who’s having ties and suits and shirts manufactured in all these low-wage countries where human rights aren’t being respected — he’s going to be our trade champion?” he went on.

“I have my doubts about that. It’s hard to have a personality transplant.”

This line of thought is a recurring theme among Democrats: they aren’t sure what to make of the President-elect, because they don’t believe him, and have no idea what he might actually do as president.

Franken said that on key issues like immigration, he’s “not sure” what Trump will do. “I’m going to fight this mass deportation idea, but I’m not sure where the President-elect is on that, because I think he sent some mixed messages during the campaign,” he said, citing times Trump took a softer tone on immigration reform.

On the many areas where Democrats and Trump disagree, Minnesotans say they’ll use all the tools they have to block him and his GOP allies from implementing their agenda.

Franken said Democrats have the filibuster, and you can bet the minority party — which picked up two Senate seats in the election — will use it. (Republicans will have 52 seats in the new Senate, while Democrats will have 48.)

Republicans are already saying this could be a costly strategy for Democrats, arguing that the GOP’s election victories give them a governing mandate.

Franken pushed back against that, saying that their wins “certainly reflect the unhappiness of a lot of voters on where they are. There’s no question they wanted a change.”

But a mandate? Franken pointed out that Clinton, while she lost the Electoral College, is winning the popular vote. “I don’t think you announce you have a mandate when you didn’t win a plurality of the votes,” he said.

Where to go now?

Democrats’ defeat is prompting serious soul-searching within the party. The GOP has unified government in D.C. for the first time since 2006.

Did Democrats squander a winnable election by clearing the field for Clinton? Could Sen. Bernie Sanders, with his own populist politics, have defeated Trump?

Ellison, who was an early backer of Sanders, declined to entertain that alternate history. But there’s no question that he and others feel that the party now needs to go in a more progressive direction in order to win back working-class white voters, who once were the bedrock of the Democratic coalition.

“Clearly, we need to figure out as a party how to speak to and for people who are feeling squeezed economically, and I think we got off that,” Blodgett said.

“I do think the Democratic Party needs to go back to some of its populist roots, Paul Wellstone represented that, [Massachusetts Sen.] Elizabeth Warren does now, [Ohio Sen.] Sherrod Brown does… That to me is the logical path, especially in our region of the country.”

Before Trump was elected, Ellison told MinnPost that the Democrats “need to talk to a lot of low-income white folks who feel left out of this economy, and help them really see they are very important to our country, that they’re respected, and we want to work with them.”

“We really neglect the issue of class,” he said. “Trump is a skilled showman, and he’s exploiting this sense of exclusion to get elected. The only way we can stop another Trump is by changing the economics in low-income communities, including low-income white communities.”

Expect a vigorous debate within the party over how to pick up the pieces and move forward. Ellison could play a key role in that: the five-term congressman is likely to run to be the next chair of the Democratic National Committee, and has received the backing of Sanders and Democrats’ Senate leader, Chuck Schumer.

A silver lining to the loss: Democrats expressed something close to bemusement that a party that spent eight years railing against the president and Congress is now in the driver’s seat. “Now you’re driving the bus,” Ellison said. “It’s easier to criticize than to act.”

They struck similar notes when talking about Trump — a man who comes into the White House on the strength of sweeping promises that could prove extraordinarily difficult to keep. “He’s going to have to implement things that take time to implement,” Franken said. “He’s going to have to approach the job of president very differently than the job of running for president. Now he’s going to be confronting reality. Some of the things he’s been saying probably aren’t very realistic. He’s going have to adapt to that reality.”

Ellison echoed that, saying Trump can now no longer exist on rhetoric alone. “You are going to get a record. He is going to have to live or politically die with that record.”