For the elected Minnesotans pushing for big changes to the relationship between the United States and Cuba, the death of Fidel Castro on Friday was a big deal.

As the news broke, they said that the passing of modern Cuba’s singular leader could help the U.S. and Cuba move on from their strained past, and speed up the normalization of diplomatic and economic ties that President Barack Obama initiated in 2014.

But just as Cuba enters an uncertain new era — the current president and Fidel’s brother, Raul Castro, is expected to step down in 2018 — the U.S. does, too.

President-elect Donald Trump has signaled a desire to warm up to some foreign rivals, like Russia. But on Cuba, he has held conflicting stances. Most recently, Trump has said that he’d be willing to roll back the changes that Obama implemented.

Having a president who favors the embargo would effectively dash Klobuchar and Emmer’s hopes to fully open up the island to U.S. travel and trade. Is there still a road ahead for them?

A big two years for U.S. and Cuba

The death of Castro, who ruled Cuba under a one-party communist regime from 1959 until passing power to his brother in 2006, caps a monumental two-year stretch for U.S.-Cuba relations.

Starting in December 2014, the Obama administration approved executive action to begin normalizing relations, leading to the reopening of embassies in Washington and Havana, and the easing of travel restrictions allowing freer travel to the island.

U.S. airlines are resuming scheduled commercial service to Cuban airports after a 50-year hiatus, which kicked off on Monday with an American Airlines flight from Miami to Havana. 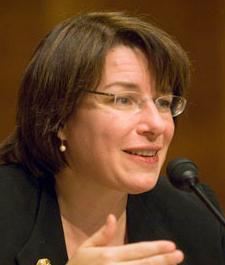 But two big hurdles remain — the bans on travel and trade — and lifting them requires the approval of Congress.

In statements, both lawmakers alluded to the symbolism of Castro’s passing; Klobuchar said it marked a new chapter and Emmer said it was another sign a “new day” is dawning on the island.

Third District GOP Rep. Erik Paulsen, the other Minnesota lawmaker to issue a statement, called Castro a “brutal dictator,” and said he hoped his death would “open the door to accelerate” engagement between the U.S. and Cuba.

In the last two years, the anti-embargo camp has treated the full opening of U.S.-Cuba ties as something close to an inevitability, just a matter of time.

The election of Trump has changed that tune just slightly.

In the course of the 2016 campaign, the president-elect has been on both sides of the Cuba issue, but has recently sounded more like the hardliners who have helped keep the embargo in place for decades.

Early in the campaign, Trump expressed ambivalence over the reforms initiated by the Obama administration, and said he was “fine” with them. He suggested the embargo has become outdated — “50 years is enough time,” he said —  but he added that Obama should have gotten a “stronger deal.”

Campaigning in Florida in September, Trump reversed course, telling Cuban-American voters in Miami that he’d maintain the embargo, and even shutter the recently re-opened U.S. embassy in Havana.

After Castro’s death, Trump tweeted that he’d be willing to “terminate” the normalization of relations if Cuba did not offer a better deal for all parties. 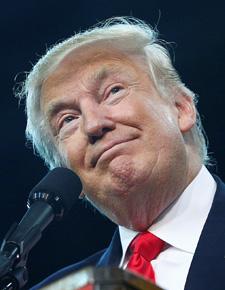 His advisers, borrowing Trumpian nomenclature, have clarified that tweet, saying the U.S. got a “bad deal” with Cuba. They have echoed longtime foes of the regime, who maintain that Cuba must make substantial democratic reforms in order for normalization to proceed.

Though they broadly agree on the Cuba issue, Klobuchar and Emmer are interpreting Trump’s position — and how it will affect their efforts to lift the embargo — very differently.

Klobuchar told MinnPost that Trump has been sending “mixed signals,” but treated his elevation to the presidency as a setback on Cuba.

This situation, she said, is “the exact opposite of what I thought we would be doing.” Hillary Clinton supported the Cuba re-opening, and reportedly worked diplomatic channels and pushed Obama hard for a deal while secretary of state.

“We have this moment where we can move forward,” Klobuchar said, saying that the “vast majority of senators would like to do something different” with respect to Cuba policy.

Emmer, who was a vocal supporter of Trump, did not seem to think his victory was a nail in the coffin for the legislation he sponsored. The 6th District Republican is a strong critic of the embargo, calling it a failure that has strengthened the Castro regime’s hand and isolated the U.S. instead of the other way around.

Emmer said he is “looking forward to working with the administration on the issue. … I think President Trump has made it clear his administration will consider first and foremost what’s in the best interest of the U.S. and its citizens.”

He did not seem concerned about Trump’s rhetoric, for now. “Actions speak louder than words,” he said. “The administration is not fully formed yet. We’ll see what happens.”

As soon as he takes office on Jan. 20, however, Trump could take swift action to roll back the changes Obama has made. Because the reforms were accomplished through executive order, they could be easily be undone.

“This is one of those things, it’s a bit in his hands,” Klobuchar said. “If he’s going to revoke executive orders, it’s going to create a lot of havoc,” she added, mentioning the U.S. tourists who have already booked flights to the island thanks to loosened travel rules.

Certainly, Trump — who dabbled in the airline industry himself — would make no friends among the major U.S. carriers if he were to close off Cuba once more. 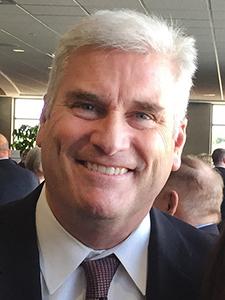 The airlines bid fiercely for the handful of routes the U.S. Department of Transportation made available, including Mendota Heights-based Sun Country, which was approved to offer service between Minneapolis-St. Paul and two Cuban destinations, Santa Clara and Matanzas.

For over a year and a half, Klobuchar and Emmer have been saying they are slowly gathering support to take action on the embargo legislation. (They anticipate lifting the travel ban first, and then tackling the trade ban.)

A handful of hardliners in both parties, like Cuban-American senators Marco Rubio and Robert Menendez, oppose any change to U.S. policy. Many Republicans also have shown little willingness to move on the issue.

The 115th Congress, in which the GOP will hold both chambers, finds a few more lawmakers open to reform. Four new senators and over 10 new House members favor reform, the Engage Cuba advocacy group told the BBC.

But the dynamics remain more or less the same, said Klobuchar, who explained that many of her colleagues are members open to reform and could be convinced under the right conditions.

“If we had a president who wanted to lead and move ahead on Cuba, we could, I think, bring the Congress along,” she said.

Now, they will wait and see, as Cuba enters an era without Fidel Castro.

“My view in the past was, it was only a matter of time. If, not when,” Klobuchar said. “I still think that’s true, but I think there will be some delay.”