The Minnesota Department of Employment and Economic Development was set to award a grant to the part-time employer of a state senator who pushed a bill through the 2016 Legislature that made it far more likely the group would win such funding.

After inquiries from MinnPost, DEED pulled the grant contract before it was finalized, citing a lack of conflict-of-interest language in its original solicitation of grant applications.

The grants were part of a bill introduced during the 2016 legislative session by Sen. John Hoffman, DFL-Champlin, as part of the state’s supplemental budget bill creating “day training and habilitation grants.” The proposal authorized a one-time, $800,000 appropriation in 2017 for grants to help people with disabilities find “innovative employment options,” money that was to be awarded through DEED.

In the final hours of the session, the bill was amended to limit the number of groups that would be eligible to apply — from more than 100 down to less than a dozen in the state. It did so by eliminating any organization from consideration that had a special certification under the Fair Labor Standards Act to pay to workers with disabilities less than the federal minimum wage.

One of the organizations still eligible to apply under the new grant parameters was Ally People Solutions, where Hoffman, a first-term senator, works as the marketing director. The St. Paul-based nonprofit helps people with “intellectual disabilities, mental health conditions and their loved ones with employment and life skills services,” according to its website.

In August, Ally responded to a DEED Request for Proposal by applying for a grant — which could be worth up to $175,000 — under the new law. The organization was selected as one of five finalists for a grant before MinnPost began inquiring about the matter in early September. The grant was supposed to be awarded by Oct. 1, according to the original RFP, but it wasn’t until Nov. 15, after Hoffman was re-elected to another term in the state Senate, that DEED said it canceled the nearly finalized contract and planned to reissue the RFP with stronger conflict-of-interest language.

“We received a response from Ally People solutions. Sen. John Hoffman was co-author on the legislation, and that fact was not discovered during the normal RFP evaluation process but it was discovered during the contract negotiation process,” said DEED Communications Director Shane Delaney. “It’s clear that we did not include any sort of clarifying language in our RFP around conflict of interest and that is something we as an agency should have done,” he added. 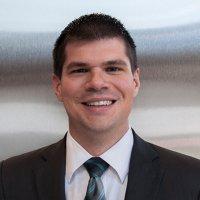 Minnesota has a part-time Legislature, so many state legislators, including Hoffman, have second jobs. Lawmakers’ personal and professional backgrounds have been touted for giving them real-world perspectives on issues, but they also offer the potential for conflicts of interest, as legislators are asked to vote on policies that have the possibility of intersecting with their private lives.

The line is not always obvious. For instance, most ethics experts don’t expect a farmer to abstain from voting on agricultural issues and budgets simply because they’re a farmer, since those measures would affect everyone in the industry equally. A conflict would emerge, however, if a lawmaker had the potential to benefit personally or financially based on his or her public position — especially if others in the same industry don’t have the same opportunity. Minnesota law defines conflict of interest as when a “public official’s votes, actions, or decisions would affect the financial interests of the official, or those of an associated business, in a manner that is greater than the effect on other members of the same occupation or profession.”

Ethan Wilson, an attorney and policy specialist at the National Conference of State Legislatures’ Center for Ethics in Government, said legislators have to walk a fine line between their personal and public lives, and there are a lot of factors to consider when determining whether something is a conflict or not. “You have to ask a few questions: How much funding was a stake? How many organizations were able to get funding? Was it one organization who was going to win this contract, because obviously that is going to raise some flags,” Wilson said. “Here you have a legislator who also works with one of these particular groups, so that at the very least does raise some red flags.” 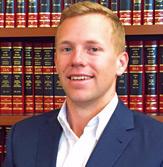 “When you have actual money at stake and actual government funding,” Wilson added, “it does get a lot more sticky.”

All legislators in Minnesota must submit an economic interest form that includes sources of compensation, businesses they are associated with or any contract work more than $2,500 once a year. The form is posted for the public on the Minnesota Campaign Finance and Public Disclosure Board’s website. If a conflict emerges during the legislative session, lawmakers are required to prepare a written statement describing the potential conflict of interest to the presiding member of the House and Senate chamber.

Hoffman did not discuss the legislation with leadership in the Senate during the 2016 legislative session, according to staff.

Hoffman, who did not make himself available for an interview with MinnPost, issued a written statement saying  he was not involved in Ally People Solutions’ grant application process in his role as its marketing director. “During the proposal review process DEED identified a gap in its RFP process, having not included a conflict of interest disclosure requirement,” he said in the statement. “To the best of my knowledge Ally has always disclosed, when required, my position and that I am a part-time employee at Ally. I am pleased DEED caught this gap, and its decision to withdraw this RFP to include this disclosure language, is one I agree with.”

Hoffman’s statement did not dispute that he was involved in changing the bill in a manner that could potentially benefit Ally People Solutions, though it did say that the legislation went through the “conference committee process” and “did not stipulate that the grant award would go to specific organizations” but set up a criteria to be eligible to apply.

“The scope was narrowed to those organizations, who have demonstrated a commitment to ensuring that people with disabilities earn minimum to prevailing wages — a philosophy that DEED incorporates with its other programs,” he wrote in his statement. 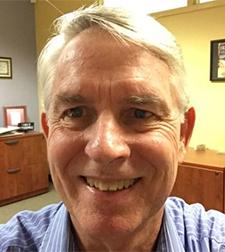 Ally also did not make anyone available for an interview, but in a prepared statement, the group’s president and CEO, Bob Brick, said the organization is “accountable, transparent, and we work extremely hard to follow all the rules and regulations that govern non-profit organizations. Ally did apply for a grant from the state of Minnesota through their RFP process that involved other organizations competing for the same grant. We have and will continue to fully comply with any request for information as part of the processes we go through to raise the funds we need to operate our organization.”

The issue has put a spotlight on something that has long been a concern of open government advocates in Minnesota: namely, the state’s fairly lax conflict-of-interest laws as they pertain to legislators. Legislators’ economic interest and conflict of disclosure is administered through the Minnesota Campaign Finance and Public Disclosure Board, which has the authority to audit legislators’ statements. But the auditing doesn’t happen very often, and if a legislator doesn’t volunteer information, finding something they’re not reporting can be difficult.

Over the years, there have plenty of examples of such conflicts in Minnesota. The issue cropped up in 2012, for example, after it was revealed that former House Human Services Reform Committee Chairman Rep. Steve Gottwalt helped steer a bill through the chamber to drop thousands of people from the state-run MinnesotaCare program and move them into the private insurance market. Months after the bill passed, Gottwalt signed on as an independent contractor for an insurance brokerage firm that had lobbied for the change. In 2015, Sen. David Tomassoni, DFL-Chisholm, announced he would take a job as executive director of the Range Association of Municipalities and Schools (RAMS) while continuing to serve in the Senate. RAMS lobbies for funding for cities and schools in the Iron Range, but the campaign finance board ruled his new job was only a conflict if Tomassoni’s organization benefited financially from his role as a legislator.

In response to MinnPost’s questions about Hoffman and the habilitation grants, DEED has said it is working with its general counsel to draft language that will be included in RFPs going forward, potentially asking applicants to disclose any potential conflict of interest and how they would mitigate that.

Ally People Solutions will have the option to apply for the new, re-issued grant, including the language to address possible conflict of interests.

“Thankfully, the potential conflict was identified and the step was taken to shut down the solicitation before any funding was awarded,” DEED’s Shane Delaney said. “It’s an opportunity for us an agency to look at what our solicitations look like and what that language looks like in all of our solicitations going forward.”