Trump has said he wants local, state and federal governments to work together in executing a plan that was one of his signature campaign issues: repatriating millions of unauthorized immigrants in the first few days of his presidency.

But Hodges — like her counterparts in Los Angeles, New York, Chicago and dozens of other cities nationwide — said she doesn’t want the Minneapolis Police Department to get involved with immigration issues, which is the responsibility of the federal Immigration and Customs Enforcement (ICE) agency.

Here’s what the conflict over sanctuary cities could mean: for the Twin Cities’ undocumented population — and for cities like Minneapolis that choose to defy the new president.

What are “sanctuary cities” and what does it mean for undocumented immigrants who live in them?

Such cities also have policies and practices that limit collaboration between local government employees and federal authorities when it comes to immigration matters — mainly to protect the relationship between immigrant communities and local law enforcement.

That’s because city leaders want their residents to feel safe to come forward as witnesses and victims of crimes without the fear of detention or deportation, as Hodges explained in her statement: “[They] won’t come forward if they think our police officers will question or detain them about their immigration status,” she said. “Our ordinance has helped us solve crimes and keep communities safer. If our police were doing the work of ICE, Minneapolis would be less safe for everyone, regardless of immigration status.”

The idea, Tripiciano added, is that residents should be able to live and to access city services, including police, hospitals, transportation and other public services that everybody else can access — without being afraid because of their status.

How long have sanctuary cities existed?

In 1979, Los Angeles became the first sanctuary city, and more than 200 other municipalities have become sanctuary cities since, including several in Minnesota. Minneapolis became a sanctuary city in 2003, when city council members voted to prevent cops from asking people about their immigration status or enforcing immigration laws.

So, does that mean undocumented people living in these cities cannot be detained or deported?

No. Federal immigration enforcement doesn’t need local government’s permission to arrest unauthorized immigrants. And ICE has detained and deported millions of people in cities across the country — sanctuary or not. The only thing that sanctuary cities mean is that city police officers are prohibited from asking residents for immigration papers, or arresting them just because they live here without documents. 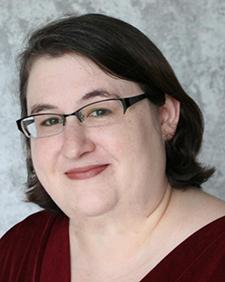 The Minneapolis ordinance that explains the city’s policy says, “The city works cooperatively with the Homeland Security, as it does with all state and federal agencies, but the city does not operate its programs for the purpose of enforcing federal immigration laws. The Homeland Security has the legal authority to enforce immigration laws in the United States, in Minnesota and in the city.”

Donald Trump has been saying that he will “end” sanctuary cities. Could he actually do that?

In promoting his immigration policies during the campaign, Trump and other Republican leaders often cited the story of Kathryn Steinle, who was killed in San Francisco — a sanctuary city — by an undocumented immigrant, Juan Francisco Lopez-Sanchez, a man who had a lengthy criminal history.

Trump says that sanctuary cities serve as safe havens for people like Lopez-Sanchez, and he wants these cities to hand over criminals without authorization to ICE. If they don’t, Trump has promised to “cancel all federal funding” to sanctuary cities, including Minneapolis.

So far, Trump hasn’t shared specifics on how he plans to do that. After he was elected, he reiterated his plan to deport undocumented immigrants in an interview with “60 Minutes.” But he hasn’t said anything about whether he still plans to cut funding to sanctuary cities, which he can’t do without the support of Congress, which is controlled by Republicans but also narrowly divided with Democrats.

How much money are we talking about here, and who would be most affected?

The City of Minneapolis’ 2016 adopted budget identifies money from federal grants making up 2 percent of the city’s revenue, though that number might not take into account the entirety of the feds’ contribution. In some cities, federal grants makes up as much as 5 to 10 percent of the budget. In short, if Trump succeeds in getting a law through Congress, it would have real impact on Minneapolis residents, as the city has used the federal grants and allocations to improve public safety, increase equity and provide resources for needy residents.

In her statement, Hodges also argued that any policy change would be a serious detriment to local police: “If Congress follows through on president-elect Trump’s threat to cities, they will have our hardworking officers bear the brunt of their own obstructionism,” she said. “The complete failure of President-elect Trump’s allies in Congress to pass comprehensive immigration reform should not be borne by our local police officers who already have a tough job to do.”

Could this have any effect on the state economy?

Absolutely. Tripiciano said that if police officers were forced to round up everyone who’s here without authorization, there will be numerous businesses that would have to close down. “You don’t want to put the companies that employ their community members at risk by taking away a large chunk of their workforce,” she added. “That just doesn’t make any sense.”