Amid a national discussion over the introductions of body cameras for police officers, the issue of when and whether cops can look at the video footage from their cameras has emerged as a significant point of disagreement in the City of St. Paul.

And while the St. Paul City Council has no formal role in creating the policy governing the use of cameras by the city’s cops — something the council president dubbed “kind of bizarre” — the elected leaders of the city have pledged to remain part of the conversation. “Obviously there’s still a lot of questions out there in the community about the details of the plan,” Council President Russ Stark said after more than an hour of testimony at a meeting earlier this month.

At that meeting, there were objections about using body cams for surveillance; about when they are turned on and off; about how they are used inside homes; and about how and when the video is made available to the public.

But only one issue was called a “deal-breaker.”

As written, the draft policy for St. Paul Police calls for officers to have access to body cam footage before it is made public “for legitimate law enforcement purposes, including but not limited to report writing.”

There is an exception, however, for officers who are involved in “critical incidents” — defined in policy as when deadly force is used including the use of a gun or when force is used that causes “great bodily harm or death.”

That language follows the thinking of many, if not all, police brass and rank and file, who think it makes sense that officers have all information in front of them — including body cam footage — before writing up official reports of incidents. Those reports are often used in court and form the basis of judgments as to whether officers had probable cause to even stop someone.

But many civilians who’ve weighed in on body camera policies have objected to police officers seeing video before writing reports, fearing it could taint an officer’s recollections and experiences. At worst, they fear that officers who are intent on deception could use the video to help create the most convincing lie.

And the matter now threatens to disrupt St. Paul’s body cam pilot project, which is set to start later this month. In fact, though the St. Paul chapter of the NAACP, along with the St. Paul African American Leadership Council and the St. Paul Black Interdenominational Ministerial Alliance had written letters to the federal government to help the city win a $600,000 grant to purchase cameras, all three have now put the language about prereport review at the center of their objections to the draft policy. 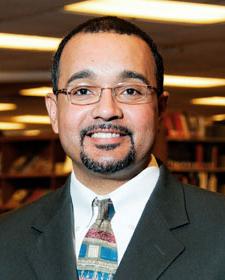 “We cannot endorse or support this policy in its current form,” Jeffry A. Martin, president of the St. Paul NAACP told the City Council. “And we cannot sacrifice the credibility of the oldest civil rights organization in Minnesota and the country by lending our names to its implementation.”

Martin told the council that video shows a partial, and sometimes misleading, perspective. But once seen by an officer, it cannot help but influence his or her recollection and cause the written report to reflect that perception rather than what the officer recalls. “In short, there is no incentive for a police officer to file a transparent and accountable written report that might result in discipline, a civilian complaint or even criminal charges if that officer has been granted prereview of the body camera footage,” Martin said.

In written comments, the state chapter of the ACLU was also critical of the proposal, saying that allowing officers to look at video before they write reports “could undermine the legitimacy of their investigations.” And Michelle Gross, one of the founders of and current president of the Minneapolis-based Communities United Against Police Brutality, told the council that it “completely destroys the evidentiary value of the police report.”

“You’re allowing the officer to come back after the fact and see things they didn’t see before,” Gross said. “A police report should accurately reflect what the officer knew and the officer saw before they took the action they took. Probable cause and everything rides on that.”

In his presentation to the council, St. Paul Police Senior Commander Axel Henry said the department is relying on lessons learned from the U.S. Department of Justice as well as national police groups such as the Police Executive Research Forum. Both endorse prereport viewing of video. “We are in line with all of the recommendations … which found that the best evidence of what actually occurred was where officers were allowed to view video in which they were involved,” Henry said.

In its recommendations on body camera, the Justice Department’s Community Oriented Policing Services found that “Police executives who favor review said that officers will be held accountable for their actions regardless of whether they are allowed to watch the video recordings prior to making a statement.”

The issue has its origins in a decision made by Gov. Mark Dayton during the closing days of the 2016 legislative session. After hearing concerns of civil rights and open government advocates, Dayton said he would veto a proposed bill on body camera policies unless certain changes were not made. “My issue was not that I oppose law enforcement being able to review the video before they filed their reports,” Dayton told the UpTake. “It was that they were given the exclusive ability, right, to do that. And meanwhile the (video) could be withheld from everyone else.”

The final bill did, in fact, limit how and when the public could see video captured by body cams. But Dayton did win one change: The final bill removed the state mandate that officers could review video. Instead, the issue was left up to each local government.

Before the governor acted on the bill, however, the Bureau of Criminal Apprehension — the agency that has been investigating recent deaths at the hands of Minneapolis and Saint Anthony officers — testified that it opposed letting cops review video before writing reports. The BCA has insisted that any video showing the police shooting incidents it is investigating not be released for fear that it would taint eyewitness accounts.

In a study on the topic, Kathy Pezdek, the chair of the Cognitive Science Program at Claremont Graduate University, essentially makes the same argument for police officers themselves. She found that an officer’s recollection and notes are valuable sources of information independent of the video. But once the officer views the video, these sources tend to merge. “The problem is that in so doing, two independent lines of evidence — the officer’s eyewitness memory and the recorded footage — are no longer two independent lines of evidence,” Pezdek wrote. If video is ‘ground truth,’ then the testimony of officers is not needed.”

When Minneapolis Police Department was drafting its policy, the city’s police oversight commission proposed two ideas to resolve police needs and public concerns. The department could require that reports be written before viewing videos but then allow clearly marked addendums after viewing video “to explain any lack of clarity or consistency between the two.”

Another proposed compromise was to block viewing of any video when an officer “is suspected of wrongdoing or involved in a shooting or other serious use of force.”

The first idea was not adopted by the Minneapolis police — but the second was. Officers can review video in all cases not considered “critical incidents,” defined as those involving use of deadly force by officers or against officers that result in great bodily harm or death. “In these cases, it is logical to limit officer access to [body camera] video, leaving the decision of whether and when to show an officer this video to the investigating agency,” the police department wrote in its overview of the policies. In most cases, that investigating agency will be the Minnesota Bureau of Criminal Apprehension.

St. Paul’s draft policy has similar wording to Minneapolis’, though it is less clear and more bureaucratic. As stated in the draft, the officer would be able review body cam footage in all noncritical incidents. In critical incidents, the officer would be able to review footage only after meeting with with union legal council and after being interviewed by the entity investigating incidents “where serious injury or death result during police custody or involvement.”

As with other police agencies, body camera policies are written by police departments and are not approved by elected city councils. And while St. Paul has had one public hearing on the issue, the department will began its pilot project this week — before a second hearing on the issue is to take place, on Nov. 16, which is required by city policy because the first hearing came without adequate advance notice.

That sequence caused one group of residents, St. Paul Strong, to call on the council and mayor to delay the start of the pilot, “until we can reach some type of mutually beneficial consensus on how we move forward — thereby addressing the breach of trust that already exists, rather than broadening it.”

The St. Paul Police Department’s Henry told the council the department will test one camera for 30 days, then, following a two week interim, test a second camera for 30 days. It hopes to choose a winning vendor and then roll out cameras incrementally over three or four months. Full implementation is expected by October of 2017.

UPDATE: This article was changed to correct the name of Communities United Against Police Brutality.

Why a simple question about body cameras has become deal-breaker for some police reform advocates in St. Paul