It would be an understatement to say that environmentalists have not been overjoyed at the prospect of President-elect Donald Trump.

Trump has previously said he believes climate change to be a hoax propagated by China, nominated an oil executive for Secretary of State, and nominated as head of the Environmental Protection Agency the Oklahoma attorney general, who is currently suing that agency.

When Trump takes office on January 20, environmentalists fear he will target President Obama’s actions on climate, particularly his signature domestic measure: an EPA regulation known as the Clean Power Plan.

Rolled out in August 2015, it sets concrete carbon-reduction goals for states, and compels them to come up with plans to achieve those goals. Under the plan, Minnesota needs to reduce carbon emissions by 41 percent by 2030 — a high target that reflects feds’ belief that the state has the capability to meet it.

Though it could take time, there are several ways Trump could dismantle the Clean Power Plan, and there’s every indication his administration would like to.

If they do, it might not change Minnesota’s climate agenda, which is already far ahead of many other states. If anything, Trump’s America could mean a prominent role for Minnesota as an energy example for the rest of the country.

The CPP was intended to be Obama’s legacy on climate and energy policy — the step in the direction experts say the U.S. must take in order to mitigate its contribution to global climate change.

It has the ambitious goal of reducing total U.S. greenhouse gas emissions by 30 percent by 2030, to be achieved by phasing out power plants that rely on cheap but carbon-heavy fuels like coal.

Under the rule, the EPA gives each state a different carbon-reduction target, based on a number of factors, like the cost feasibility of making big changes to the energy grid.

Minnesota’s power plants are greener than those in other states, so it was given one of the higher carbon reduction targets in the country, at 41 percent. On the other hand, Kentucky, a coal-producing state that relies heavily on coal-based power, was given an 18 percent target.

In total, all 50 states’ cost of compliance to the CPP could be as high as $8.8 billion each year.

Obama’s climate agenda has few friends in the GOP Congress and in Republican-led states around the country, who argue it would kill jobs and hurt industry. That’s a reason why his strongest actions on climate have come from federal regulatory agencies, not Congress.

In September 2015, shortly after the rule was finalized, 27 largely Republican-led states, and a group of energy companies, filed a legal challenge to the CPP, arguing that it represents an overreach of federal authority by the EPA. (Trump’s EPA pick, Oklahoma attorney general Scott Pruitt, was a leader of this legal effort.)

The suit is currently being reviewed by the D.C. Court of Appeals, but in February, the Supreme Court issued a stay on implementation of the rule, so it is effectively in limbo until the D.C. circuit, or the Supreme Court, comes to a decision.

Come January, the Trump administration has many avenues to undermine the rule. If it remains under consideration in court, officials could decline to defend it. If it survives the legal challenge, the administration could initiate a rulemaking process to undo CPP, which is viable but would take time. Or, Trump’s EPA could simply enforce it weakly if it stays on the books.

If the CPP’s future is uncertain, both in the courts and in a Trump administration, it might not matter in Minnesota, where its climate and energy goals are popular — and have been for some time.

Those involved in energy policy in the state say that Minnesota is on track to make meaningful strides in clean energy and carbon reduction, regardless of the fate of the CPP.

Much of that is due to the development of solar, wind, and natural gas resources. They have become viable and affordable power production options to replace coal or other dirtier fuels. (Though renewables have grown cheaper, coal remains the cheapest fuel option for power plants.)

The cost of wind power in Minnesota, for example, is down 60 percent since 2009, according to J. Drake Hamilton, science policy director at Fresh Energy, a Minnesota climate and energy nonprofit.

“In the last five years in Minnesota, economic decisions to close coal plants have slated 14 coal units for retirement,” Hamilton says. “The revolution that’s being driven by strong growth in renewable energy, energy efficiency based on prices, is well underway.” 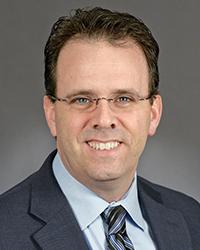 The affordability and efficiency of natural gas and wind power are crushing other options, says state Rep. Pat Garofalo, a Republican who chairs the House panel on energy.

“This is kind of like DVDs versus VHS,” he said. “It’s just happening. Nothing you can do to stop that.”

Minnesota’s progress toward hitting its federal benchmark also has to do with its history of prescient policymaking.

A decade ago, the legislature overwhelmingly passed the Next Generation Energy Act, which requires state utility companies to produce 25 percent of their energy from renewable sources by 2025, among other things.

Gabe Chan, an assistant professor at the University of Minnesota who specializes in climate change and energy technology, says Minnesota will likely blow past that target. It is already at 21 percent renewable, with eight years left to go to achieve the goal.

That policy, among other things, has had the effect of reducing the state’s greenhouse gas footprint: from 2003 to 2012, emissions from electricity use declined by 16 percent, according to the Minnesota Pollution Control Agency.

There’s reason to believe that number will get much higher, irrespective of the federal government’s role.

For example, in October, the state approved a plan from Xcel Energy, the state’s largest utility and the nation’s fourth largest, to shut down two of Minnesota’s biggest coal plants at a facility in Becker, in Sherburne County.

Their closure, expected by 2023 and 2026, will lead to an expected 60 percent reduction in carbon emissions by 2030, far beyond what CPP requires.

All of this means that there’s little sense in Minnesota that the fate of the CPP, or the whims of the occupant of the White House, will significantly affect the state’s energy goals.

According to Frank Kolasch, environmental program director at MPCA, Minnesota is “on a track to really be achieving the same kinds of reductions that would have been envisioned by the Clean Power Plan anyway.”

If anything, state policymakers and utility companies may have an outsized role to play under President Trump.

The anticipated disappearance of an aggressive EPA is going to place more power in the hands of states to act — or not.

“In reality, states have always led the way on carbon reduction and clean energy,” Hamilton says, adding that will continue under Trump.

Garofalo, who is a critic of CPP, predicted that under Trump, “you’re going to see more energy policy designed at a state and regional level as opposed to the federal government. The one-size fits all approach hasn’t worked, doesn’t work, and won’t work.”

He mentioned nuclear policy, and the fate of Xcel’s two nuclear power plants in Minnesota, in Monticello and Prairie Island, as the “big elephant in the room.”

“If we close those and replace them with wind and natural gas, it’s going to be the equivalent of adding one million new cars on the road,” he said. “The federal government wasn’t doing anything about that before, that’s the big impact on the state side.”

Chan adds that Minnesota, as a relative leader in clean energy, could play a role to engage other states. He mentioned Xcel potentially pushing policymakers elsewhere, saying it “is going to be interested in having a consistent playing field in the different states they operate in.”

Advocates also believe that states like Minnesota will have a role to play internationally, as Trump promises to pull the U.S. out of agreements like the landmark Paris Accords, a plan to mitigate global climate change agreed to by 195 countries last year.

Hamilton was in Paris for the climate summit, and said that people around the world wanted to know about Minnesota’s approach to energy policy.

“When they see heartland states like Minnesota for the last ten years taking action to start to decarbonize, that is very meaningful to the rest of the world,” she said.

But even if Minnesota may be ahead of the curve, many state advocates believe that a defeat of CPP would be bad for broader U.S. emission reduction goals, and send a bad message to the rest of the world. As advocates for a national climate policy point out, without some kind of federal standard, states with aggressive measures like Minnesota will pull the weight for states that do not.

Hamilton says anything else will be met with resistance from groups like hers.

“The Clean Power Plan is really important,” she says. “It’s the first thing our nation has ever done to fight climate change as a nation, and it’s the biggest thing any country has done.”

“The future is uncertain. It’d require them winning many regulatory and legal hurdles to undo the Clean Power Plan. Advocates will fight back very hard. We expect we could win this.”

Clean Power Plan B: Why Minnesota will be a climate leader in Trump’s America