The biggest issue facing rural Minnesota is not the lack of economic opportunities or the continuing exodus of young people, says Kelly Asche, program coordinator of the Center for Small Towns, based at the University of Minnesota Morris. These problems are symptoms of an underlying ailment: “the negative, mistaken narrative that says rural Minnesota communities are dying.”

The misconception that rural towns are emptying out fuels pessimism among residents, which squelches creative thinking about their communities’ futures, Asche says.

“Rural Minnesota is changing, not dying,” he explains.

Yet the entrenched narrative of decline in rural Minnesota colors how everyone interprets changes that occur, Asche says. He grew up in Hancock, and remembers when the hardware store there closed, forcing residents to drive eight miles to Morris for household needs — a sure sign of Hancock’s death spiral. While a student at the University of Minnesota Twin Cities, he lived in St. Anthony Park — one of St. Paul’s most desirable neighborhoods — and when a hardware store there closed, residents had to drive five miles to the nearest one. This, in contrast, was explained as a sign of a changing retail economy, not of the neighborhood’s demise. Another hardware store has since opened, but the post office closed in 2015, which in a small town would have been interpreted as the final blow to the community.

One of the key factors affecting rural Minnesota has been the gradual shift away from an agriculture-based economy. Ever-larger farms employ fewer people and buy fewer supplies locally. Among Minnesota farm operators, 55 percent work primarily off the farm and 93 percent depend on some off-farm income.

Illustrating the scope of this change, Asche points to a pair of maps showing the percentage of U.S. counties where farming accounted for at least 20 percent of earnings. In 1969, this included nearly half of Minnesota, primarily the western and southern sections of the state. By 1999, after three decades of farm consolidation, it had shrunk to just a few spots on the map bordering the Dakotas.

Expanding livelihoods in farming to include more people, he says, means looking beyond large-scale agricultural commodities to farmers markets, local food production, and the production of prepared foods. For example, the University of Minnesota Morris is working to make regionally produced food a growing share of meals served on campus. 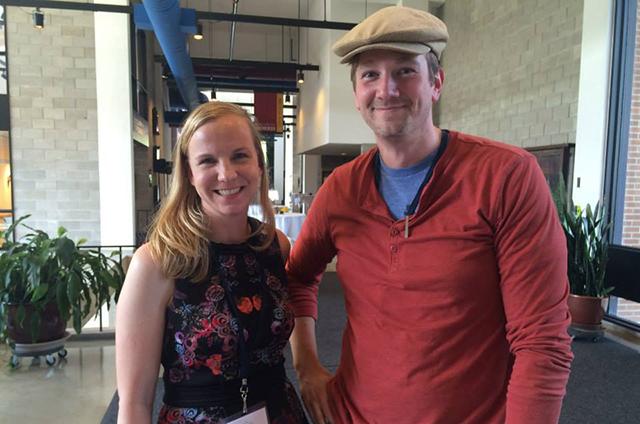 Another change sweeping the nation is apparent in rural Minnesota: the rising percentage of Americans who are not white. Thirteen of the 15 Minnesota counties that experienced population growth from 1990 to 2010 because of increasing numbers of people of color are outside the metro area. Mexican restaurants are becoming a staple of small town main streets across the state.

The change that’s hardest to accept for many rural Minnesotans is the migration of their kids or grandkids out of town. It’s inevitable that many people will be drawn to larger communities after high school, Asche says, when their primary focus is getting an education, starting careers, and seeking mates.

“But when they turn 30, we’ll be ready for them,” he declares. Asche cites the work of Ben Winchester, a research fellow at the University of Minnesota Extension, who finds that the state’s rural areas benefit from an in-migration of people ages 30 to 49 seeking a lower cost of living and slower pace of life.

Asche’s call for a new narrative about rural Minnesota is not just the product of academic research; it’s embodied in his own life story. He grew up in the countryside, moved to the Twin Cities for college, and several years ago at age 30 returned to south central Minnesota with his wife, Christine Rooney. “We were looking for a less hectic lifestyle and greater access to the outdoors,” says Asche.

The couple was drawn to New London because of its growing arts community and nearby outdoor amenities. Now, in addition to working at the university, he co-owns Goat Ridge Brewing, a craft brewery and taproom that opened in 2015 just off Main Street.

New London: The art of revitalization

“Five years ago half the storefronts on Main Street were vacant or for sale,” says Christa Otteson, a consultant who grew up in New London (pop. 1,300). “I graduated in 1992 and it was not the same place it is now. It was a struggling little sister to Willmar.”

A quick tour shows off a picturesque downtown perched above a bend in the Crow River, bustling with restaurants, shops, and lots of public art. “I’ve counted that 20 of our 25 Main Street businesses are women-owned,” says Otteson.

“There is a strong, growing, highly connected group of people here who are very intentional about community building through entrepreneurship, the arts, and civic engagement,” she explains. “Three people meet for dinner, and things start to happen.”

Outdoor recreation is another asset driving New London’s turnaround, with plentiful lakes, the Glacial Lakes State Trail, paddling routes, Prairie Woods Environmental Learning Center, the Nature Conservancy’s Ordway Prairie, and the popular beach at Sibley State Park nearby. The local economy benefits from summer tourism, but Otteson is clear: “Everything we do is for the people who live here — and the tourists get to enjoy it.”

Milan thrives thanks to Micronesians and movers

Milan also has a school specializing in Nordic folk arts, a shop featuring global free-trade crafts and an Oriental grocery, which is part of the More Café run by Yong Su Schroeder, renowned for her skill in making traditional Norwegian klub dumplings. Even Bergen’s Prairie Market grocery carries frozen squid and cassava, at the request of Milan’s Micronesians, who make up about half the town’s population.

Most of these immigrants hail from Romanum, a half mile-square island in the South Pacific, where Milan native Erik Thompson served in the Peace Corps during the 1970s. “I’m very surprised they moved here,” says Thompson, now chair of Milan’s Prairie Sun Bank and a community development specialist. A friend of his from the island moved here in 2000 seeking a better education for his kids, and brought along several nieces to help with child care. Word got back to Romanum about Milan, and now about 200 from the island live in the area.

“I like it here,” says Apitosy Kumo, about 30, known widely as Junior. “It’s peaceful, and there is more opportunity to live a happy life.”

“Cold weather is interesting to us,” Kumo volunteers. “But I miss the ocean and ocean fish — walleye tastes different.”

Like many other Micronesians, he works at one of the region’s turkey plants, and his social life revolves around family, church, and musical and sports events at the community center, formerly a K-12 school.

Thompson notes there is some tension between immigrant and white (largely Norwegian) residents over cultural differences in mowing lawns, parking cars, shoveling snow, and storing stuff in the yard. Monthly potluck dinners are now being held to solidify bonds in the community.

The newcomers have clearly given Milan a shot in the arm.

“The park had not been played in for a decade before they came — now it’s packed,” reports Thompson. He also attributes the town’s vitality to the Milan Movers — an ad hoc group of about 12 that met regularly in the decade of the 2000s and “still reconvenes when we want to get things moving.”

Milan is also home to an experiment that could dramatically boost prospects for local food in the Upper Midwest. In a garage behind her house, Carol Ford is testing a Deep Winter Greenhouse, which is designed to consume less energy and incur less expense than conventional greenhouses by marrying passive solar energy and geothermal heating.

The idea is to capture the warmth of winter sun in a rock bed constructed 4 feet below ground (the depth at which soil does not freeze). Heat is drawn downward by fans blowing through stovepipes and perforated drain tile during the day, and can then be drawn back up during the long, cold evening hours. A backup heater is on hand if the temperature dips below 40 F inside the greenhouse.

“You can have three to five cuttings over the winter of cold-hardy foods like broccoli, cabbage, bok choy, chard, arugula, and three dozen other kinds of greens,” Ford explains. In a TEDx talk in April 2016, Ford shows off the wintertime bounty of her backyard.

In 2009, Albert Lea (pop. 18,000) adopted a community-wide approach to wellness laid out in “Blue Zones,” a best-selling book by National Geographic Fellow Dan Buettner examining the places around the world where people live longest and healthiest. 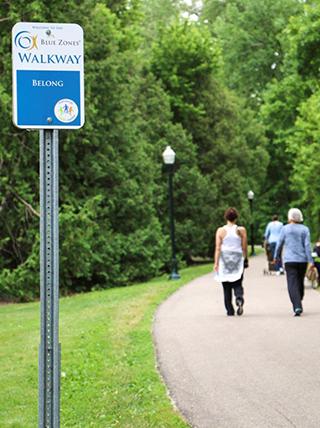 Courtesy of the Blue Zones Project – Albert Lea
In 2009, Albert Lea (pop. 18,000) adopted a community-wide approach to wellness laid out in “Blue Zones.”

Since then, about 40 percent of the adults in Albert Lea have joined exercise and healthy eating programs, along with nearly all the kids in grades K-12. Seven miles of new sidewalks and three miles of new bike lanes have been added to city streets.

Ellen Kehr, a former City Council member and an organizational leader for the Blue Zones Project in Albert Lea, proudly points to signs of their success:

City Manager Chad Adams notes that downtown has seen 15 businesses open since 2014 and has attracted $2 million in private investment with $2 million to $5 million more expected in the next few years. The area’s overall property values have increased 25 percent.

“The number of kids in the K-9 grades is getting bigger,” he adds, “which represents more families moving to and being retained in the community.”

Debunking the myth that Minnesota’s rural towns are doomed