The Minnesota Legislature will start its session with a projected $1.4 billion on the bottom line as they begin the business of creating the next budget.

That, of course, means DFLers, who have now managed to lose control of both the Senate and the House, have done a wonderful job of managing the state’s economy. Or, in the eyes of Republicans, it means those tax-and-spenders have been taking too much money from the hard-working taxpayers of Minnesota and that government is too big and that the sky is falling as businesses prepare to move to South Dakota or Mississippi or someplace else where taxes and wages are low.

In many ways there’s nothing more predictable than the twice-yearly announcement budget and economic forecast. No matter if there’s a deficit in the forecast or a surplus, DFLers and Republicans will find reason to fight and point fingers.

That process began on Friday.

The governor said he and DFL legislators deserve credit for a run of balanced budgets since he took office six years ago. (He didn’t mention that he was succeeding Republican Gov. Tim Pawlenty.)

“Six years ago, the forecast was a $6.2 billion deficit and a $2 billion debt to schools,’’ Dayton said. There has been “a remarkable change from the period of chronic deficits.’’

Republicans countered that Pawlenty was a victim of tough economic times nationally.

This surplus, according to House Speaker Kurt Daudt, is “a status quo forecast. We should not be congratulating ourselves.’’ The speaker said with Republicans in charge in both legislative bodies, regulations that strangle economic growth will fall by the wayside and all will prosper.

One thing the two sides seem to agree on: There will be a special session before Christmas in which the problems with skyrocketing health-care increases will be addressed, a bonding bill will get passed (remember, a bonding bill withered on the legislative vine at the end of last session) and a small tax cut will be passed.

There is importance to the budget forecast.

The big unknown over this budget forecast is what will happen when Donald Trump becomes President Trump and the GOP has sweeping control of the national legislative process.

But there were other little side events that made this forecast dog and pony show more intriguing than others. 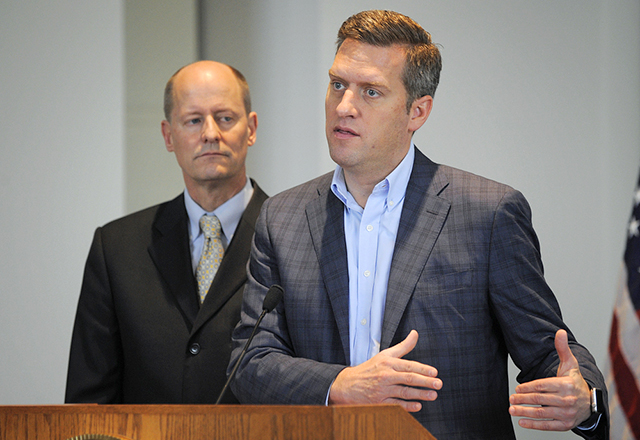 There was a long line of DFL legislators at the event ready to take questions from the media. But there were no questions for the likes of Sen. Tom Bakk and the new House minority leader, Melissa Hortman.

That was a reminder of the adage that elections have consequences. The DFLers are in the minority. What they have to say means almost nothing.

There’s also a tone from Daudt that he’s weary of Dayton’s temper tantrums. On one hand, Daudt talks of how he “works well” with the governor and “respects” the governor. But those little phrases aren’t said with much conviction.

When he speaks of Dayton’s temper, Daudt speaks with more passion. For example, Daudt was asked about Dayton walking out of a recent meeting regarding placement of Civil War paintings in the remodeled capitol.

“That’s not the first time I’ve seen the governor walk out of a meeting,’’ Daudt said, anger in his voice.  Daudt, who usually is quite controlled, went off on a long tangent about he’s been mistreated by DFLers regarding issues during Capitol remodeling.

All of this means that the budget forecast may not be as important as the political forecast, which looks rockier than usual.