They aren’t the subject of an investigation, but the board of another publicly owned stadium in Minneapolis is keeping an eye out for the results of an ongoing state audit.

Margaret Anderson Kelliher, the chair of the Minnesota Ballpark Authority — which owns and oversees Target Field — said her board is waiting for the results of an investigation by Legislative Auditor James Nobles into luxury suites at U.S. Bank Stadium controlled by the Minnesota Sports Facility Authority.

“We are going to await the Legislative Auditor’s report on the other stadium authority and I don’t know what they will comment on other publicly owned facilities,” she said. “We will respond at that point if we need to make some changes.”

The state audit comes in response to a series of Star Tribune stories about the propriety of using the suites by MSFA board members, their families and friends as well as state and local politicians. The series has already led the MSFA to change its policy: board members will no longer be able to host family and friends at the two suites controlled by the authority.

The Minnesota Ballpark Authority has had use of a luxury suite at Target Field since the stadium opened, in 2010. The stadium lease with the Twins required that the team provide offices and a suite at no cost to the authority and furnished “to the same level as provided to other suite-holders.”

As detailed in a 2015 MinnPost story, the suite is attached to the authority’s offices in the right field corner of the stadium and is used by commissioners, staff and their guests for Twins games and other events held in the stadium. The authority currently has no prohibition on who commissioners or staff can invite to the suite for Twins games or other Target Field events, and commissioners are not required to report the names of those provided tickets and suite access.

Kelliher and James Campbell were appointed by Hennepin County commissioners; Williams and Ybarra by the governor; and Joan Campbell by the Minneapolis City Council.

Unlike the board that oversees the football stadium, the baseball stadium is operated and marketed solely by the Minnesota Twins, so the board and staff don’t host prospective tenants or users of the stadium. Anderson Kelliher said she and her board members use the suite to observe how the stadium is operating and how fans are experiencing the ballpark. She said the board works with the Twins to approve and fund improvements and it helps the board to know what is working and what isn’t. Since the ballpark opened, about $18 million in improvements have been approved by the board but paid for by the Twins.

“Our policy at the ballpark authority is a policy of having people come to the stadium when it is being used and inviting people in to have that experience,” she said. “That means people are usually walking around, having an interaction with how the building is operating.”

Anderson Kelliher said Monday that ballpark authority commissioners and staff are aware of the controversy but that commissioners have not had a meeting since the series of stories on the MSFA suites first appeared. The Ballpark Authority’s next meeting is Jan. 12. Nobles has said he hopes to have his report finished by mid-January.

The baseball stadium board meets again prior to the beginning of the 2017 Twins season, so it would have another opportunity to adjust suite use policy before the season starts. Anderson Kelliher also did not rule out a special meeting.

Anderson Kelliher said commissioners would likely discuss the issue regardless of what Nobles has to say. “Obviously there’s a discussion to be had in response to the other stadium authority’s story.” 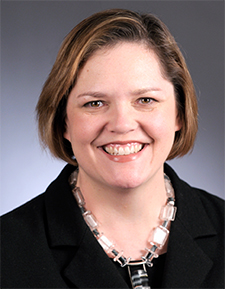 According to board policies, each board member has use of the full suite for nine of 81 home Twins games. For opening day and for some other games, the board members share the suite, with each getting tickets for themselves and two guests.

Nine games are set aside for use by staff. The authority also offers use of the suite to charitable organizations and some board members have said they donate some of their own dates to charity as well. No food or drinks are provided by the team or the authority for board members or others who use the suite.

Anderson Kelliher said she used one of her dates last season to host members of the MSFA as a get-to-know-you event. While the two boards and two stadiums have not worked together on events yet, she said it is possible that some future large events could need both buildings.

Dan Kenney, the executive director of the ballpark authority, said the provision for the suite at Target Field predates the creation of the ballpark authority by the state Legislature. Kenney was a commissioner for the Metrodome, where commissioners also had access to two suites to use when the Vikings and the Twins played there. A 2006 agreement between Hennepin County and the Twins called for the team to make available in the ballpark board offices and a suite at no cost to the authority.

The lease requires the team to provide 16 tickets for any preseason and regular season games as well as five parking passes — the same number provided to customers who lease suites from the team. For all other events, including post-season baseball games, 16 seats are to be made available for purchase by the authority at the same price charged other suite holders.

While some of what are called premier suites at Target Field are leased by single purchasers for the entire season, others can be rented for single games. The Twins price the suites based on the attractiveness off the opponent and the day of the week. A 16-person suite can be rented for between $1,860 and $3,360.

In wake of MSFA scandal, Ballpark Authority will wait to tweak policy for use of Target Field suite