Sometimes, politicians lead. Other times they catch up.

On the issue of whether Minneapolis should have a higher minimum wage than the rest of the state, the city’s elected officials have been doing the latter, trying to make up ground on a movement started by grassroots activists. Now, those efforts — along with accusations of who got on the issue first and whether their support is complete enough — have spilled over into the fledgling 2017 race for mayor.

A higher wage is a popular issue in the city, especially among the DFL activists who will decide which mayoral candidate will get the party’s endorsement in Minneapolis. But the 2016 election reduced the chances for legislative action to increase the minimum wage statewide. If anything, the Republican-controlled Legislature is now more likely to try to block cities from doing anything on the issue at the local level.

That’s among the reasons why, shortly after announcing her intent to seek a second term, Mayor Betsy Hodges laid out a change in her position on the minimum wage. Hodges said she now supports the city moving ahead alone — she had previously wanted a statewide or regional approach — once a report and recommendation on a wage hike is completed by city staff, which should happen sometime in the spring.

“It is clear that the Minneapolis City Council will pass some version of a city-only minimum wage in the first half of the year,” Hodges said in a statement. But it is important, she added, “… if Minneapolis is going to lead on minimum wage, we get it right.”

Getting it right, she has decided, means having the same rules for tipped workers that are in the state law. Specifically, Hodges said the city rule should follow the state’s lead in not including a tip credit for restaurant workers, a provision that was controversial at the time the state measure was passed and remains a concern for restaurant owners. “The wage we pass must not hold our tipped workers back — most of whom are women — or set a new, harmful precedent that will hurt tipped workers statewide,” she said.

Though Hodges didn’t mention Frey by name (or any other opponents), the first-term council member from Ward 3 has been one of the most-active council members on the wage issue. He attended an early rally in the summer of 2014 that was part of a national call for action. And he has supported a study of the economic impacts of a higher wage in the city or county. 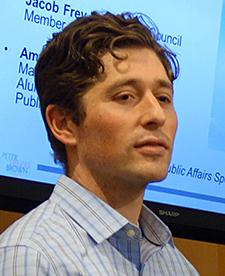 Frey has also raised questions regarding the tip credit aspect of a city-only wage. During a hearing in October, he asked the authors of the economic impact study whether a city wage could have different rules than the state law. Specifically, he asked, could the city allow a tip credit only on the incremental wages between the statewide minimum wage and whatever the city sets. Such credits would allow a restaurant to pay a lower, state minimum wage and use tips to guarantee that a server makes at least the city minimum wage paid to non-tipped workers. Tips above that threshold would be retained by the server.

After that October meeting, Frey said he was not making a proposal about the tip credit, but was simply asking questions. Such a move, however, would go a long way toward calming the concerns of restaurant owners, an influential group of residents whose complaints had forced the council and Hodges to shelve a proposal to require advanced scheduling for all workers.

In addition to highlighting Frey’s ambivalence about the tip credit, Hodges’ decision to take a hard position against the idea also served to give her some cover for the fact that she was late to come out in favor of a local-only wage.

What do the others think?

Among the candidates, Dehn is the only one who has actually cast a vote for a higher minimum wage, something he did as a member of the state House in 2014. “I believe the state should move forward with a liveable wage,” Dehn said. “Short of that, cities have always led on lots of issues like this.”

Dehn said he does not support a tip credit but said the city needs to sit down with businesses to “understand how the increases in wage will impact them.”

Dehn said he thinks a higher minimum wage could lead to less demand for public safety services, something that could allow the city to spend less on the police department. “That money can be used to help those businesses get through what I believe will be a formative development for the city,” he said. 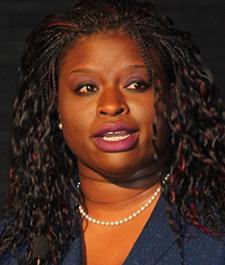 Levy-Pounds comes at the minimum wage issue as an activist rather than a politician. In her work as a law professor at St. Thomas and as NAACP president, Levy-Pounds has worked on poverty and equity issues and endorsed the work of groups such as $15 Now and Neighborhoods Organizing for Change, which pushed the issue on the city council.

“I’m all for $15 Now,” she said after declaring her candidacy in November. “I’ve spoken at the $15 Now rallies. I’m smiling because I am so excited by the momentum that that particular campaign has built.

“I don’t think $15 an hour is a whole lot of money,” she added. “I personally think that maybe they’re not asking for enough.”

Rahman is the only declared candidate who doesn’t support a city mandate, instead endorsing a voluntary increase that he calls the “On Track to $15” program. Any business that files with the city their intent to increase employee wages to $15 an hour by 2022 would be publicly “recognized and celebrated.”

“Aswar believes that businesses enrolled in the program will be helped towards their worthy goal by increased patronage from socially-minded residents,” notes his campaign website.

Even though Frey was an early endorser of a higher city-only wage, he and others on the council have had to respond to the momentum created by activists groups, including Neighborhoods Organizing for Change (NOC), $15 Now and Centro de Trabajadores Unidos en Lucha (CTUL), which organized a campaign to put the measure before voters as a city charter referendum. And he was criticized for seeming to oppose the measure when voting to keep the referendum off the ballot.

Many council members, Frey included, said they were leery of citizen initiatives making city policy, arguing that the give-and-take of the council process is needed to resolve problems and flaws in proposals.

The same day that the council blocked the charter amendment vote, Frey was a co-leader in drafting an order to have city staff study the possibility of a local-only wage — to meet with “stakeholders,” to research other cities’ laws and to return to the council in the spring with a recommendation for a city ordinance. 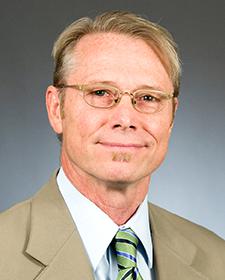 While there is no guarantee that the council will adopt that recommendation, a nine-vote super majority of council members did state their support for a city-only wage. The number is significant in that it indicated that council had enough votes to override a mayoral veto.

This week, Frey said he supports a phase-in to $15 for franchises and corporations and wants to listen to smaller businesses to craft a strategy for how a wage ordinance would apply to them. “I promised I was going to listen to people and I will,” Frey said.

Frey also said this week that had he introduced an ordinance in 2014 or 2015, “it would have failed miserably.” Hodges’ opposition placed it well behind other worker rights measures, specifically the push to adopt fair scheduling and paid sick leave.

Supporters of the charter amendment were disappointed when the council blocked the public vote, but claimed credit that their campaign put political pressure on the council to reverse its reluctance to push for a city-only wage hike.

Dehn said he isn’t surprised that the politicians are trying to catch up to activists on an issue like the minimum wage. “It’s been the history of progress that oftentimes it is led by the activists,” Dehn said. “As elected officials, we may be a little bit over-cautious on some issues.”