Mike Lindell was excited for the first day of Donald Trump’s America. So excited, in fact, that he lost his voice.

The Minnesota entrepreneur who created MyPillow — sometimes called America’s “Pillow King” — was on hand for the inauguration of President Trump on Friday in Washington. Along with his brethren on the Trump Train, he shouted for joy as their man was sworn into office.

“It’s absolutely, absolutely surreal to me,” a hoarse Lindell told MinnPost. “It’s like, I don’t even know what to say.”

For much of the country — most, even, depending on how you look at it — this day is still surreal, but for another reason: disbelief that Donald Trump, a one-time reality TV host, actually became president.

As people assembled on the National Mall, inauguration veterans couldn’t help but note the very noticeable difference in crowd size between Barack Obama’s 2009 inauguration, attended by some 1.8 million people and Trump’s event, attended by considerably fewer, though it’s unclear by how much.

But to hear Minnesotans who journeyed out to D.C. to watch Trump’s swearing-in, this moment was perfect — a vindication of a nationwide movement. 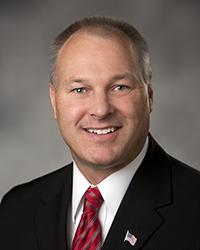 The inauguration ceremonies didn’t officially get going until around 11 in the morning, but Pete Stauber was in his seat by the West Front of the U.S. Capitol before sunrise.

Stauber, a Republican member of the St. Louis County Board of Commissioners, was in D.C. with a friend to take in the inaugural celebration of the man he strongly supported for president.

“For me, it’s just a really neat event to be at,” Stauber said. “Just to see the people, the change of authority, the change of power in a democratic way, peacefully, for me to experience that is just really important.”

He’s confident that Trump, and the new vice president, Mike Pence, can bridge the stark divisions in the country. (Stauber met Pence personally during a campaign stop in Duluth, an event he recalls very fondly.)

“Now the power is going to be back in the hands of the people,” Stauber said, “and I look forward to President Trump’s leadership.” 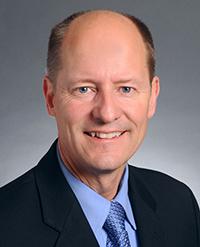 Minnesota Senate Majority Leader Paul Gazelka traveled out with his family for the inauguration, and was about 300 feet from the inaugural dais. “I took a picture and circled around with my camera, and I said, this is what freedom looks like, that we can actually transfer power peacefully,” he recalled.

Others saw the day as the crowning moment of a Trump movement, and the dawn of a new era in America.

Former Rep. Mark Anderson, a Republican who represented House District 9A before retiring at the end of the last legislative session, couldn’t get over the energy of the crowd.

“It’s almost as if there’s a sense of relief that the country is now free to express themselves,” he said. “We haven’t been able to express ourselves, especially the business people. They’ve been suppressed by the government. Now that veil is starting to be lifted.”

Heidi Ahmann, a Trump supporter from Willmar, came to the inauguration to strike an important item off her bucket list. She called the day euphoric: “I thought it was an Obama-era moment, but on the conservative side,” she said.

“I felt a new movement.”

Democrats showed up, too

Not all Minnesotans who showed up to the inauguration were Trump die-hards.

Bill Luther, who represented Minnesota’s 6th District as a Democrat from 1995 to 2003, comes to the inauguration every four years just because he thinks it’s important.

“I just believe in it,” he said. “I believe in our country, and the way we pass power peacefully, and how we conduct ourselves as a country, it’s a very important thing.”

Luther disagreed with the approach of Democrats like Rep. Keith Ellison, who declined to attend the inauguration out of protest. “I just feel good about our country by being at the inauguration,” he said.

But he couldn’t help but notice how sparse the crowds were, compared to Obama’s 2009 inauguration. That year, on a bitterly cold day, revelers crammed the National Mall, which was standing-room-only from the Capitol to the Washington Monument — a distance of about a mile.

Aerial photos from Friday’s ceremony showed a crowd far from that size. But that didn’t reflect the reality Trump-backers saw: one of unfettered enthusiasm for what the new administration might accomplish.

Gazelka praised Trump’s speech, and said it was time for Republicans and Democrats to work together. Gazelka mentioned that he was invited to Washington by Democratic Rep. Rick Nolan. “The fact that we came out together means there’s a number of things we can work on together,” he said.

“Any time you have a new president there’s a new transition, there’s a new level of hope. Certainly, Donald Trump is unique, he’s a maverick, he’s not all Democrat or all Republican,” he said.

Lindell, the Pillow King, has met Trump, who he says is fascinated by his unlikely rise to wealth and his U.S.-grown company. (Trump sent Lindell a special inaugural lapel pin, reserved for VIPs, Lindell says.)

He just hopes Trump’s many opponents could see the smarts and enthusiasm he sees in the new president. But he knows not everyone will get the chance, like he did, to meet the man to understand.

“If we all give it a chance,” Lindell said, “it’s going to be amazing.”