Just like he did in West Virginia coal towns and the Ohio Rust Belt, Donald Trump had a broad appeal in northeastern Minnesota — something few people predicted when the Manhattan tycoon began his longshot campaign for the White House.

Trump will be sworn in as president on Friday, in part, because people in places like this believe he is committed to revitalizing America’s heavy industry and natural resources business.

In the campaign, Trump repeatedly promised to accomplish that through trade policy, advocating a protectionist path that uses tariffs and trade litigation to gain an edge on foreign competitors like China. He also promised to loosen regulation on the domestic natural resources sector.

On Minnesota’s Iron Range — a longtime Democratic stronghold where Trump carried towns and precincts that haven’t gone GOP in many generations — there’s hope that Trump will make good on those promises, and help reverse decades of decline in the region’s mining and steel sectors.

As he takes office, how is Trump’s administration shaping up on key Iron Range issues — and do pro-mining Rangers believe he can really spark a comeback?

With key Trump issues like immigration and national security, political observers have struggled to read the transition tea leaves to get a sense of what direction the president-elect might take when in office.

Not so with trade: Trump’s picks for key administration positions have signalled a strident, unambiguous direction that hews closely to his campaign rhetoric.

For the two most important posts for trade policy, the president-elect has picked two bonafide “fair trade” hawks, each of whom has extensive experience in mining and steel. And for jobs relevant to natural resources and land use, Trump has picked people far more amenable to ramping up domestic mining, logging, and drilling than their predecessors.

The appointee widely expected to have the most sway on trade policy in the White House is another New York billionaire: Wilbur Ross, Trump’s pick for Secretary of Commerce.

Ross, sometimes called the “King of Bankruptcy,” made his fortune investing in and restructuring companies, specializing in heavy industries like steel and auto manufacturing.

He was on the board of directors of the world’s largest steel company, ArcelorMittal, before resigning his seat ahead of his confirmation hearing on Wednesday. (ArcelorMittal owns a mine in Virginia, Minnesota, one of the Iron Range’s smaller, but more consistently productive, facilities.)

Ross’ deep experience in the steel industry is complemented by a protectionist worldview he shares with Trump. 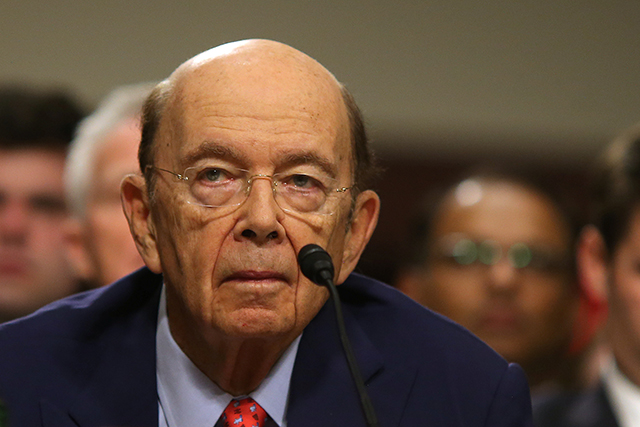 In his confirmation hearing before the Senate Commerce Committee, Ross declared his first priority is re-negotiating the North American Free Trade Agreement, which Trump repeatedly called a bad deal for the U.S., and called for tough measures to retaliate against countries that “dump” subsidized steel into the U.S. market, undercutting domestic product.

The United Steelworkers union, in a move that raised some eyebrows, gave Ross their seal of approval. But some fair-trade advocates remain skeptical of where he truly stands on key trade issues: a Reuters report found Ross sent 2,700 U.S. jobs overseas during his career in business.

Trump’s selection for U.S. Trade Representative, Robert Lighthizer, is being interpreted as an even clearer sign that the president-elect plans to make good on his tough talk on trade.

Lighthizer also served as deputy trade representative under Ronald Reagan, where he grew to view targeted, punitive tariffs as effective tools in giving the U.S. a competitive trade advantage. In the 1980s, when concern centered around the U.S. trade imbalance with Japan, Lighthizer used tariffs to stem the flow of Japanese cars and appliances.

In recent years, Lighthizer has been a vocal critic of China’s trading practices. The steel industry was delighted at his selection: the president of the Steel Manufacturers’ Association said in response the group is “increasingly optimistic that the Trump administration is serious about addressing the unfair trade practices of some of our trading partners.”

Land use, trade policy, eyed as keys on Iron Range

What does all this mean for the Iron Range? Supporters of the mining and metals industries are cautiously optimistic that the Trump administration will be friendly to the region’s industry — friendlier, at least, than the Obama administration was.

According to Kelsey Johnson, president of the Minnesota Iron Mining Association, a Duluth-based mining trade group, predictability from D.C. is key.

“This is the case with any administration, but what we like to have is consistency in regulation, and we don’t necessarily like a wildly changing landscape. We’ve seen that in the last month and a half.”

She referenced some 11th-hour rules from the Obama administration, like its decision to deny the renewal of Twin Metals’ lease on land near the Boundary Waters, where the company planned to build a massive underground copper-nickel mine.

“It seems almost spiteful what we got,” Johnson said.

Frank Ongaro, who runs Mining Minnesota, a coalition of pro-mining organizations, echoed those sentiments, saying consistent and reasonable policy from Washington will benefit the industry.

“Those two things will invite investment into our state,” he said. “And right now, we don’t have that.”

Ongaro cited some encouraging early signs from the Trump administration, including his nominee for secretary of the Interior, Montana Rep. Ryan Zinke, whose confirmation hearing comments Ongaro called “extremely positive” for the mining industry.

His group plans to press the Trump administration to roll back Obama measures seen as detrimental to the Iron Range economy, like the Twin Metals rule. (Legally and procedurally, reversing the administration’s move there could prove difficult.)

Johnson is cautiously optimistic, and said Ross’ and Lighthizer’s backgrounds were refreshing. “This is a little bit different than what we’ve ever seen before, so we’re hopeful there’s going to be a change and a shift,” she said. 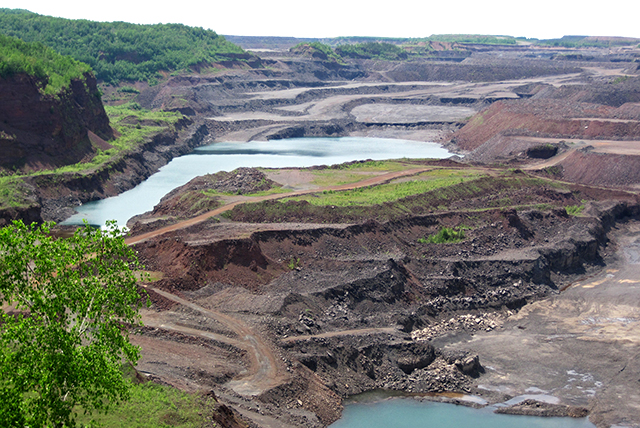 On the trade side, Don Fosnacht, associate director at the University of Minnesota at Duluth’s Natural Resources Research Institute, said Trump will need to lead a trade enforcement regime that is more proactive in stopping practices like steel dumping. (The NRRI is funded by a combination of public and private sources, including companies like Xcel Energy.)

Many industry advocates believe steel dumping and aggressive trading practices from competitors is a key reason why the U.S. steel industry is struggling. In December 2015, Obama chief of staff Denis McDonough went to the Iron Range to hear concerns; the following May, the adminstration slapped a 500 percent increase in tariffs on cold-rolled Chinese steel, used for cars and appliances.

In Fosnacht’s view, though, much of the damage had already been done. “One of the problems with the way trade cases have been is they wait for harm,” he said. “To prove your case you had to suffer great harm. It would be better if we had more streamlined ways to basically control the situation upfront rather than wait until you have a major problem.”

Fosnacht, a former steelworker himself, said that Lighthizer is equipped to play a role in tackling this issue. In the Reagan administration, Lighthizer helped negotiate voluntary restraint agreements, a protectionist tool that limits the exports of a particular country’s product.

They are now prohibited under the World Trade Organization — an organization Lighthizer is said to disdain — but that kind of thinking could be an element of the Trump approach on trade.

“If you can look at that from the perspective of, what is it we want to have in terms of a partition between imports and what we produce domestically, that’d be a starting point,” Fosnacht said.

Trump and his deputies may find sympathetic Democratic ears in Congress on that point  — particularly Rep. Rick Nolan, the Democrat who won re-election to the 8th District seat in the face of strong Trump headwinds. (Trump beat Clinton by 15 points in the 8th.)

Nolan is no Trump supporter, but he made clear he’d be willing to work with the president-elect on trade and infrastructure. The two share views on trade, advocating for strong measures slapping high tariffs on competitors. Last year, Nolan proposed a bill to impose a five-year moratorium on importing steel to the U.S. — a drastic measure.

“We can outproduce anyone in the world if we have a level playing field.”

‘At least we have hope’

In this boom-and-bust region, though, few are under any illusion that Trump will prove a salve to long-standing, entrenched economic and political problems.

The notion that Trump’s talk and cabinet selections, Johnson said, “is going to be the key and the answer to solve all our problems, I’m not going to go that far… There are many moving parts.”

But people like Joe Baltich are willing to take a gamble on the New York billionaire. Baltich runs a lodge in Ely, a mining town on the edge of the Boundary Waters Canoe Wilderness. He’s seen his town decline over the decades, and believes that expanding mining projects will help the region survive.

When the Obama administration decided not to renew Twin Metals’ lease, Baltich was angry. As soon as the ruling came down, he started a Facebook group, called Fight for Mining Minnesota, to try and draw attention to the cause.

That was in December. Now, Baltich says, the private group has close to 12,000 members, and estimates two-thirds of them are Trump supporters. He says the region is feeling cautiously hopeful that Trump will take the steps needed to bring back communities that have suffered decades of decline.

“We feel like we’ve been left behind,” he said. “We feel like there’s a chance Trump will look at us and say, let’s see if I can help you people. I can’t tell you everyone is going, ra ra, Trump’s going to change it.”

“We’re looking at it practically,” he said. We are more hopeful with the Trump administration.”

If Hillary Clinton had won, Baltich said, there wouldn’t have been hope for the Iron Range.