The disagreement over how Minneapolis might apply a higher minimum wage to tipped restaurant workers begins (and just might end) with terminology.

If you’re a restaurant owner or someone who supports the group Pathway to $15, you probably call it a tip credit. Under that organization’s proposal, tipped workers in the city would be guaranteed whatever local-only wage the City Council sets. But it gets there by having employers pay the $9.50 state minimum wage, and then allowing them to count a worker’s tips in making sure the employee’s pay meets the city minimum. Any tips above that city wage would go to the worker. If tips didn’t bring the employee up to the city wage, the employer would make up the difference.

But if you’re an advocate of a higher minimum wage in Minneapolis, a movement led by the $15 Now coalition, you would say that provision isn’t a tip credit, but rather a “tip penalty” — and that all workers, tipped and non-tipped, should be treated the same under any city minimum wage.

While there appears to be broad agreement that Minneapolis will go ahead with some form of minimum wage ordinance by summer, the primary disagreement over what that looks like comes down to one highly-charged issue: tips.

At a lecture last week presented by University of Minnesota’s Carlson School of Management, Saru Jayaraman, a researcher, author and activist who’s studied restaurant workers, urged those in attendance to resist any ordinance with a tip penalty.

A professor of law and co-director of the California-based Restaurant Opportunities Centers United, Jayaraman traces the practice of paying lower or no hourly wages to restaurant servers to Reconstruction. Many emancipated slaves, she said, were relegated to tipped jobs: restaurant servers for women and train porters for men. The legacy of those policies lingers, she said: The federal minimum wage for tipped workers remains at just $2.13 an hour, and the national average hourly wage paid tipped restaurant workers is $9 an hour, based on U.S. Department of Labor statistics.

Only seven states have what Jayaraman terms “One Fair Wage,” which doesn’t include a carve-out for tipped employees, with Minnesota being among them. Yet based on her research, the restaurant industry in the states with an across-the-board minimum wage have not done worse than those with different minimum wages for tipped and non-tipped workers. In fact, in states without, the industry has higher sales per capita, higher job growth in the industry and even higher rates of tipping, she said. “Tipping has not disappeared, restaurants have not gone out of business, the restaurant industry is actually doing better in the seven states, including Minnesota,” Jayaraman said. 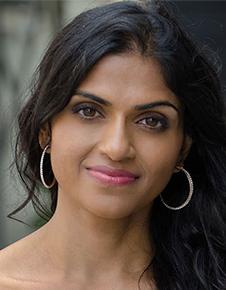 States that permit employees to use tips to bring servers up to federal, state or local minimum wages, she says, have complicated enforcement systems and high rates of violations.

Jayaraman also argues that women who count on tips face high levels of sexual harassment and many put up with it so as not to reduce their income. “Let’s put aside the issue of enforcement … you would still have this issue of a largely female workforce having to rely on a portion of their income from tips,” she said. “You’d still have a majority female workforce not getting a full wage from their employer and asked to rely on the whims and pleasures and desires of customers in order to feed their families.”

Despite that, Jayaraman and those involved with the One Fair Wage movement say tipping should still be allowed on top of a higher minimum wage.

Minneapolis Mayor Betsy Hodges has made her opposition to a two-tiered minimum wage a central plank in her re-election campaign. Hodges once opposed Minneapolis going out on its own on minimum wages, preferring a state or a regional approach. But shortly before officially declaring for re-electing, Hodges came out in support of a local-only approach and does not support what she calls a tip penalty.

Hodges has cited Jayaraman in explaining her position on the issue, and at the Carlson School lecture she asked Jayaraman if creating a system where a restaurant proprietor needed tips to cover the wage increment between the state and city minimum wouldn’t create a “perverse incentive.”

“If the employer has even more on the line if you don’t get tipped enough, do they or do they not pressure you more?” Hodges asked.

Minneapolis political leaders enjoy the city’s reputation as a restaurant city and have been responsive to concerns of owners and operators — especially from small neighborhood restaurants. More than anything else, restaurant owners’ opposition to a proposed fair scheduling ordinance in 2015 killed the measure.

Now the city’s restaurants are mobilizing to be heard on the minimum wage issue, especially around the tip credit.

The Pathway to $15 campaign is pushing to have a server’s total taxable income determine whether they are earning at least as much as the city minimum wage. Tips are already reported to the state and federal government because servers pay taxes on the income. And restaurants already use a worker’s total income, including tips, to calculate Social Security, Medicare and unemployment insurance payments.

Backers of Pathway to $15 argue that the tip credit, therefore, would be easy to calculate and audit, and the group is urging city residents to write City Council members and even provides sample language including that “this policy would protect restaurant and bar employees from a reduction in hours or the elimination of their job — especially at smaller local establishments.”

Earlier this month, at a listening session organized by city staff to seek input on the issue, several restaurant owners and managers tried to make the case for a tip credit.

Tim Balfanz, the general manager of The Saloon in downtown Minneapolis, said his servers are among the highest paid people on staff — earning between $25 an hour and $75 an hour. Having to pay a $15 minimum wage without a tip credit would increase the payroll by 25 percent, Balfanz said.

“If we were going to pay $15 an hour to our tipped employees, the people who will suffer are nontipped employees — our security staff, our kitchen staff, our customers via increased prices,” Balfanz said. If such an ordinance goes though, he said he might reduce staff and hours for nontipped workers. 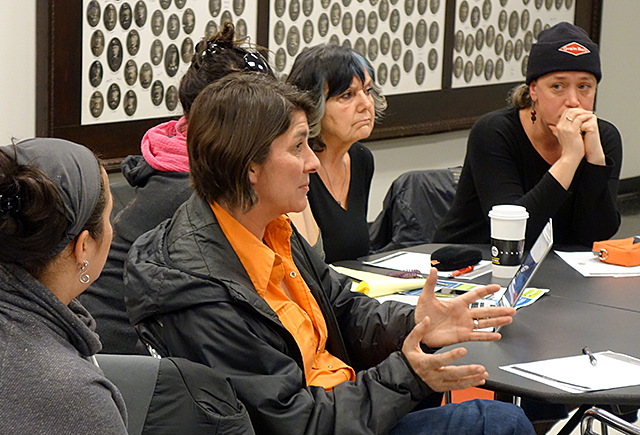 MinnPost photo by Peter Callaghan
Anchor Fish and Chips co-owner Kathryn Hayes, center: “Fifteen dollars an hour is fantastic, I love it. But I have to be able to afford it.”

Peter Killen, CEO of the company that owns The Local and Kieran’s in Minneapolis, said most restaurant owners know the higher minimum wage is going to pass — and that he personally supports the raise. But, he said: “I just feel to jump from $9.50 to $15, that’s just going to put the lights out in so many small restaurants.”

“We’re coming off a minimum wage increase at the state level, the safe and sick time ordinance, which we’re all on board with,” he said. “To now have a minimum wage hike at the city of Minneapolis, I think it’s going to have a huge impact.”

At another listening session, in Northeast Minneapolis on Monday, several tipped workers cited the fear of losing tips as a reason to join restaurant owners in supporting the tip credit. The concerns raised by restaurant owners and restaurant servers a the forum were nearly identical, and servers and bartenders have organized their own session next week in order to express their concerns to Minneapolis city officials.

In an interview, Anchor Fish and Chips co-owner Kathryn Hayes said many restaurant owners don’t want to speak up because the tip credit issue raises such a politically charged response. (At Monday’s listening session, Council Member Kevin Reich quipped: “Politics sucks the life out of nuance.”)

“I’m not a troublemaker and I’m not especially political, but it’s a scary thing,” Hayes said of the prospect of an immediate move to $15 without a tip adjustment. She said she has 44 employees. About 14 of those are tipped, and Hayes estimates she would have to increase menu prices by 20 percent.

She said she might instead shift to a system that replaces tips with a 20 percent service charge. Revenue from that charge would be used to bump both tipped and non-tipped workers to the $17 to $20 an hour range but the tipped employees would no longer receive separate tips. She said her servers now make $40 an hour in tips and the bartenders make $30 an hour in tips.

“If I took tips away, my servers would not be happy,” she said. But Hayes said she agrees that minimum wages should be increased in the city. “I don’t know how anyone lives on $9.50 an hour. Fifteen dollars an hour is fantastic, I love it. But I have to be able to afford it. I just want some clauses in there that accommodate the tippable wage people and to phase it in.”

For now, the conversation on whether an ordinance will contain a tip adjustment is somewhat academic. There is no ordinance yet. But if a charter amendment for a city-only minimum wage proposed last year — the one that was eventually blocked by the council for technical reasons — is taken as starting point, a local-only wage could be phased in over four years for large employers (those with 500 or more employees) and six years for small employers.

A clear majority of council members now support a city minimum wage. Last year, the council directed city staff to look at other cities that have local minimum wage ordinances and seek public comment before returning an ordinance to the council in the spring. City officials expect to have a report to council — perhaps including ordinance language — by mid-May.