It was Bash the Met Council Day at the Minnesota Legislature Monday.

Altogether, there were two press conferences, a floor resolution and a hearing on a half-dozen bills — all intended to pick apart how the regional body is run, spends money and builds and operates light rail lines in the Twin Cities. And that doesn’t even include bills to block (or at least slow) the dissolution of the Counties Transit Improvement Board, a move designed to increase local construction money available for light rail.

The end result might not lead to much change, depending on whether legislative Republicans can finesse their way around expected vetoes from Gov. Mark Dayton. But the sheer volume of proposals reflects the ongoing angst over the regional council, which is more powerful and influential than any similar body in the United States.

Many lines of attack

The Metropolitan Council not only handles regional planning and the distribution of federal dollars to local governments, it operates regional bus and transit services and sewage treatment. Adding to its unique status, the Met Council is not a federation of local elected officials, as is the case with most regional planning agencies. It is — as was repeated over and over Wednesday by its critics — an unelected body that is answerable to the person who appoints its members: Gov. Mark Dayton. And Dayton, like predecessors of both parties, hasn’t been inclined to support measures that would reduce his control over the council.

Still, that hasn’t stopped a lot people from trying.

Like a measure by Rep. Tony Albright, R-Prior Lake, introduced in both the House and Senate that would change the makeup of the council, adding a commissioner from each of the seven counties in the region and letting the city council members from each of the 16 existing council districts pick one of their own to sit on the council.

Or the resolution that would urge the Federal Transit Administration to cancel its pending funding of half of the Southwest Light Rail project and send the $929 million to the region as a block grant to be spent on other transportation projects.

And there are three different bills taking on CTIB. The measures would block the pending strategy to dissolve the regional body — it’s made up of officials from Hennepin, Ramsey, Anoka, Dakota and Washington counties — as a means of raising more revenue in Hennepin and Ramsey to replace the once-hoped-for state contribution for future light rail construction.

Finally, there’s a bill that would say the state won’t cover half of the operating costs of any new line built without legislative approval. In effect, that would keep the state as an equal funding partner for existing lines but would cancel that partnership on the SWLRT and the Bottineau Blue Line extension to Brooklyn Park.

And should Ramsey County decide to pursue light rail between downtown St. Paul and the airport — construction that could be boosted by the CTIB dissolution and the doubling of the transit sales tax in the county — the state wouldn’t cover half of the operating costs, either, the bill says.

Some of the action Monday flows from continued animosity by many legislative Republicans toward light rail in general and Southwest LRT specifically.

“Today the Minnesota State Senate took the first step in preventing a $2 billion taxpayer boondoggle from being rammed down the throats of Minnesota by an unelected, unaccountable group of Metro liberals,” said Sen. David Osmek R-Mound. 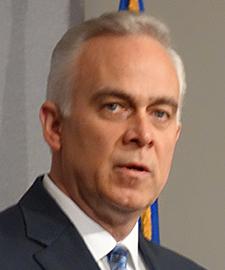 Osmek’s resolution, along with a House version sponsored by Rep. Linda Runbeck, R-Circle Pines, would ask the federal government to quit its support for SWLRT and simply send the money to the state as a block grant. The money could be spent on all transportation projects, not just new transit. “Southwest light rail is emblematic of what happens when you have an extremely powerful entity with very little accountability and very little oversight,” Runbeck said at a noontime press conference.

Even if the money isn’t rolled into a grant — a likely outcome given that if SWLRT loses its place in line for federal funding the money would flow to projects elsewhere in the U.S. — Osmek said the state would benefit because it wouldn’t have to cover half of future operating and maintenance costs.

Met Council Chair Adam Duininck said Monday that there is zero chance that the federal money that would be devoted to SWLRT could be shifted to roads and bridges. Transit money is a separate funding area that has been supported by both Democrats and Republicans in Congress.

While light rail — especially the SWLRT plan to extend the Green Line from Target Field to Eden Prairie — has been a flashpoint in the Legislature, there is also concern about the Met Council’s long-range regional planning duties. Officials in the so-called collar counties have been unhappy with what they see as a loss of control over many local land-use decisions. Many of the elected officials have been meeting formally for two years to share concerns about growth and housing limits contained in the Met Council’s Thrive 2040 comprehensive development plan.

Those counties — Anoka, Dakota, Scott and Carver — represented themselves as the Metro Governance Transparency Initiative, and brought forward the language in the two files that would change the makeup of the council.

The federal government requires metropolitan areas to have what are called Metropolitan Planning Organizations made up of locally elected officials to decide how to spend federal transportation dollars. While that is the model elsewhere in the state and in much of the nation, the Met Council has been allowed to have a different structure. A Transportation Advisory Board that advises the council on how those dollars are spent does consist of local elected officials. 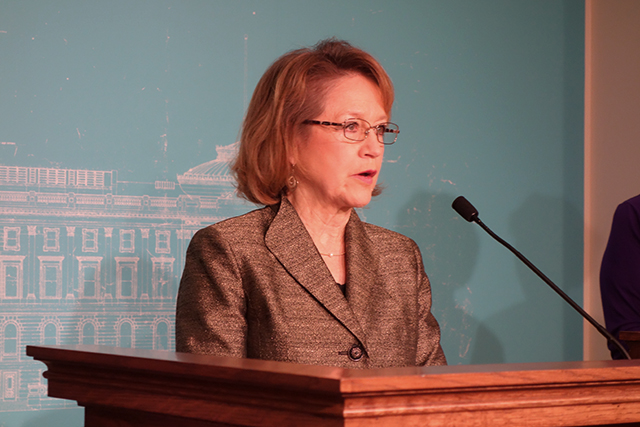 MinnPost photo by Peter Callaghan
State Rep. Linda Runbeck: “Southwest light rail is emblematic of what happens when you have an extremely powerful entity with very little accountability and very little oversight.”

Dakota County Commissioner Chris Gerlach has been a leader of the move to change the council. He said he thinks the council that started as a regional entity has “devolved” into just another agency of state government with an appointed chair rather than an appointed commissioner.

Rep. Frank Hornstein, DFL-Minneapolis, brought forward a bill that reflects recommendations made by the Citizens League, a nonpartisan think tank that tries to address public policy issues, to make changes to the council makeup that are less sweeping than in Albright’s bill. The Citizens League studied the Met Council and thinks members should serve staggered terms — that is, a new governor couldn’t replace all 16 members upon taking office. The League has also suggested beefing up the role of regional cities and counties in the nominating committee that proposes council members to the governor.

Dayton not on board

Dayton has been resistant to most suggested changes to the Met Council, and he has expressed support for completion of SWLRT and the CTIB dissolution plan.

Duininck said Monday he thinks Dayton would be open to talks about the council’s governance, but that some of the bills seem intent on harming the Met Council.

“There is potentially a strategy to throw mud at the wall and see what sticks,” Duininck said. “Hopefully we can boil down some of the ideas and proposals to see what’s serious and what’s not.”

Despite Dayton’s stated opposition, House and Senate majority Republicans may try to force his hand by including them in massive omnibus bills that pass at session’s end with lots of different bills inside.

Monday, for example, Runbeck said Albright’s bill to change the council — House File 828 — would be held over for inclusion in a transportation omnibus. The same motion was made on a bill to urge Metro Transit to collect at least 60 percent of its transit costs from fares.

Such a strategy puts pressure on a governor to accept language he disfavors in order to sign many items that he favors.

“Any omnibus bill with potential controversial policy language in it is something I would urge the legislature to engage directly with us and the governor on,” Duininck said. “I don’t think they would ever think that they could pass very radical change to how state government is formed or the governance of the state and region and then assume he’ll sign it because it’s in a bill he has to sign for other reasons.”