With complete control of the Minnesota Legislature, Republicans are taking early aim this session at a little-discussed state commission that has a big say on energy issues.

Republicans have introduced a half-dozen bills that would change the power and makeup of the Minnesota Public Utilities Commission, a five-member group appointed by the governor that has the power to regulate the state’s big electricity, gas and telecommunication companies. The proposals run the gamut, from changing the commission’s abilities to oversee and review new natural gas and pipeline projects to where its members come from in the state.

The proposals come at a time of uncertainty over the nation’s future energy policies under President Donald Trump, and they would mean big changes to the 42-year-old commission, which impacts the pocketbooks of Minnesota businesses and homeowners by setting energy rates.

Republicans say the commission has a metro-heavy representation and bogs down critical state projects with bureaucratic red tape. “This is just the tip of the iceberg,” said GOP Rep. Jim Newberger, who authored one the proposals to go around the PUC.

But church leaders and clean energy groups, among others, are opposing the bills, saying they set a dangerous precedent by weakening the only check on the state’s monopoly energy system. “They all look like small changes but they all add up to a big change in utility regulations,” said Annie Levenson-Falk, executive director of the Citizens Utility Board, a newly-formed organization that advocates for energy consumers in Minnesota. “There’s no market so the checks on that market are so important. The PUC is that check.”

A long history of regulation

Minnesota’s electric utilities have been regulated as far back as the early 1900s, but not always by the PUC. In the early part of last century, state officials figured a few large providers could deliver energy cheaper by eliminating redundant infrastructure and offering the lowest cost per unit. Under that system, which still operates today, Minnesota awards exclusive service areas to certain utility companies, and in return, those companies must provide non-discriminatory service to everyone in that area, with the cost regulated by a public entity like the Legislature or the courts. 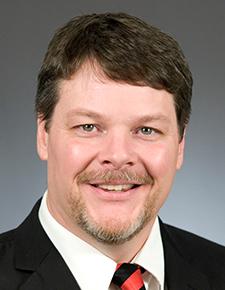 By the 1970s, however, some utilities had gotten so large that there were concerns about both the cost of energy and the impacts on the environment. Congress stepped in with new regulating agencies, and so did Minnesota, which added the regulation of energy and natural gas to the duties of the Public Service Commission and an Administrative Division. At the time, the organization already regulated the railroad industry and telecommunications.

In the 1980s, the organization split into two groups. The PUC was formed to oversee energy, natural gas and telecommunications. The commission was set up to not only set the rates for those utilities, but to also create a process for approval and public vetting of new facilities and long-term coverage plans. Over the years, their responsibilities grew. In 2005, the Minnesota Legislature also directed the PUC to help with the site location, routing and permitting for large wind energy systems, high voltage transmission lines and certain pipelines. The PUC is also responsible for setting industry-wide standards and best practices, and it can step in to resolve disputes between a customer and their provider.

The commission is made up of five members, all appointed by the governor to staggered, six-year terms. The state Senate has the power to confirm — or deny — those appointments. Three of the current members are Democrats, like Gov. Mark Dayton, and there’s a Republican and an independent commissioner. Each is paid $140,000 per year.

This is by no means the first time the PUC has come under the scrutiny of legislators. In 2012, Senate Republicans voted down Dayton’s appointment of PUC Chair Ellen Anderson, a former DFL senator from St. Paul. At the time, Republican senators said Anderson’s record on energy issues in the Legislature draws her role at the PUC into question.

In December, Dayton again drew the ire of Republicans when he appointed Sen. Katie Sieben, DFL-Cottage Grove, to the board to fill a vacancy just as her time was up in the Legislature. Rep. Dan Fabian, R-Roseau, criticized Dayton for not picking someone from outside the Twin Cities. Under state law, at least one commissioner must reside at the time of appointment outside the seven-county metropolitan area. 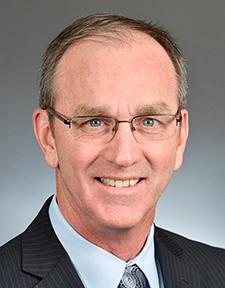 Fabian has introduced a bill that would require the governor to appoint one member to the PUC from each of the state’s eight congressional districts. That would add some automatic rural representation to the commission, he said. “[Rural Minnesotans] are tired of not being represented on commissions and governing bodies,” Fabian said. “The five members of the PUC live an average of 17 miles from the Capitol.”

But the bill that’s stirred up the most controversy this session would allow Xcel energy to build a new $1 billion natural gas plant in Sherburne County without approval from the PUC. The plant would replace two coal-fired units near Becker that are scheduled to close by 2026.

In early January, the PUC agreed that the plant was needed but asked the Xcel to draft a certificate of need for the new facility. Specifically, the commission asked Xcel to describe how energy would be generated and to note what kind of economic impacts the facility would have on the region. The certificate of need process typically takes about 12 months to complete.

Newberger, R-Becker, the author of the bill, said hundreds of jobs in the region are in jeopardy with the closure of the coal plants and the natural gas facility is needed to keep people working. He added it’s the Legislature’s job to create policies and the PUC’s job to implement them, but too often there’s a “blur of that line.” “We have a very chaotic regulatory environment in Minnesota,” he said. “We can come up with all the tax policies and incentives we want, but none of that is going to do any good if the regulatory environment is detrimental.”

The bill is opposed by clean energy groups and dozens of church leaders who say the legislation takes the PUC and the public, who can attend their meetings, out of such a big decision. “We don’t have a choice as consumers about where we get our electricity or gas, the one place we get to stand up as consumers in this state is the Public Utilities Commission,” said Matt Gladue, an organizer with Isaiah of Minnesota, a faith-based coalition of Minnesota congregations. “The PUC has a bipartisan group of people appointed to it. When the Legislature is in the hands of one party or another, it leaves people to the whims of one party or another.”

Other proposals would put checks on the PUC’s permitting process, including for large pipelines like Sandpiper, a 616-mile-long proposed pipeline that would carry oil from North Dakota to Wisconsin through Minnesota. The PUC approved the line on a unanimous vote, but many criticized the length of the permitting process. A bill introduced in the House would require to PUC to produce semiannual reports on their progress on permitting specific projects. Another bill would allow county boards to assume responsibilities for processing large solar powered energy facility permits if the board provides written notice to the PUC. 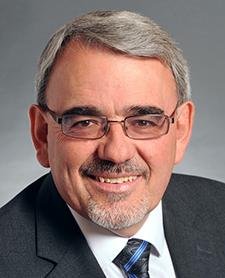 Currently, the PUC doesn’t have jurisdiction over setting rates for both municipal energy providers, which are run by local governments, or rural electric cooperatives, which are run by a board of members. But the PUC can weigh in on disputes between the providers and customers and review their rates under a law passed in 2015. But a bill passed on Thursday in the Senate Energy and Utilities Finance and Policy Committee would remove that authority, allowing rural cooperatives and municipal providers to bypass the PUC when customers have a dispute or concerns about their rates.

“I think that we have to recognized that, quite frankly, that they are responsible to the ultimate authority, that is their customer,” said Sen. Bill Weber, R-Luverne, the author of the bill.

But clean energy groups and some rural cooperative customers protested, saying the cooperatives can now charge people utilizing solar energy fees as high as $83 per month, the highest in the nation. “Their customers need this last resort for neutral, expert review,” said Allen Gleckner, who works for the nonprofit Fresh Energy. “This is the classic case of the fox wanting to guard the henhouse.”

For Gladue’s part, he’s particularly concerned with how fast these proposals are moving in the Minnesota Legislature this year. He thinks the utilities want to move them through the process quickly, before more members of the public weigh in and session gets bogged down with the budget process. “The longer it sits and committees and the longer it takes to get to the floor the less likely it will happen,” he said.

The PUC, which doesn’t testify in legislative committees, had no comment on the proposals introduced this session.