Neu defeated DFL challenger Laurie Warner in House District 32B with 53 percent of the vote, after a blitz of campaigning from both sides. It was the only missing result of the 2016 election, after the Minnesota Supreme Court ruled in September that the seat’s incumbent, Rep. Bob Barrett, did not actually live in the district.

Neu is not new to politics: She’s worked for the House Republicans’ campaign operation and worked on former U.S. Rep. Chip Cravaack’s campaign. She lives in North Branch where she homeschools her five children, ranging from 8 to 17 years old, and ran on a message of health care reform and tax cuts, and promoting a pro-life and gun-rights agenda.

“I’m grateful to Chisago County residents for their support and trust to be their new voice in the Legislature,” Neu said in a statement. “I’m eager to roll up my sleeves and get to work with my House colleagues working to make healthcare more affordable, cut taxes for families, and build a budget that respects Minnesota taxpayers.”

Warner isn’t a political newcomer either. She previously lived in Duluth and served on the city council there before moving to North Branch. She was running for the seat long before the court ruling upended the campaign, so she shifted her strategy to try and win the special election.

The district has been trending more conservative for years. In 2012, Barrett won a tough re-election contest over former DFL Sen. Rick Olseen by about 400 votes. In 2014, he was challenged by Warner, and won with more than 10 percentage points. Last fall, Trump carried the district with 60 percent of the vote. 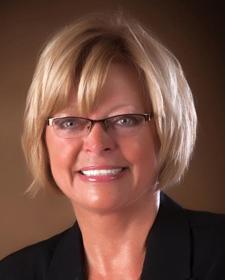 No matter which way it went, the result wasn’t going to change control of the chamber. After Tuesday, Republicans now control the Minnesota House 77-57, a 20-seat advantage that was part of a wave of GOP victories across the country.

Democrats hoped to play on unhappiness in the first weeks of Trump’s administration over the president’s controversial travel bans and bungled appointments. It didn’t work, but as the results rolled in Tuesday night, some political observers suggested that the closeness of the race in a district where Trump won so handily signaled dissatisfaction with the GOP.