The way St. Paul treated its tax-exempt properties got the city into its current budget problems. Now crafting a different way to get the city’s hospitals, colleges, churches and charities to pay for some city services is at the center of the struggle to get out of the money crunch.

The immediate question is how to replace the city’s longstanding right-of-way (ROW) assessment program, an annual bill sent to nearly every property in the city to pay for services ranging from snow plowing to litter pickup. The Supreme Court recently nullified the ROW program, saying it wasn’t properly applied and directing the lower court to review how it could be applied legally to both tax-exempt and taxable properties.

While the decision was good news for nonprofits, it also punched a hole in the city’s proposed 2017 budget. A larger-than-expected property tax levy solved part of the problem. But until the city can come up with a different — and legal — replacement for the right-of-way assessments, a batch of city spending priorities have to be set aside.

One solution for replacing the right-of-way assessments, a proposal from the city’s finance, legal and public works departments, would charge property owners a lesser amount under what is being called a Street Maintenance Program, and would pay for street sweeping, street lighting, periodic chip sealing and rebuilding of streets. But even that idea has faced a lot of questions and complications, largely around having the fees be based on how many feet of street-front a property occupies.

And at a City Council study session last week, discussions of the street maintenance program led back to the issue at the heart of the problem — whether and how to get some money from nonprofits that are, by law, exempt from paying property taxes. 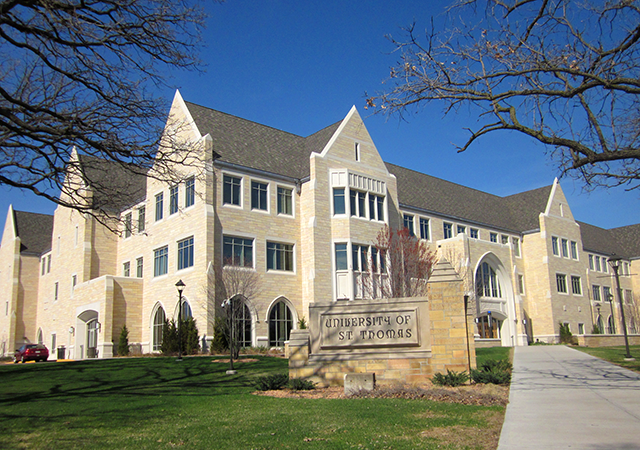 MinnPost photo by Corey Anderson
St. Paul — as the seat of state government, and with many museums and theaters, several significant colleges (like St. Thomas, above) and all those churches — has the highest percentage of exempt property among the state’s bigger cities.

A pilot program or PILOT program?

One option, of course, is to get rid of street fees altogether; to simply raise the property tax levy that specifically exempts nonprofit organizations. The problem is that St. Paul — as the seat of state government, and with many museums and theaters, several significant colleges and all those churches — has the highest percentage of exempt property among the state’s bigger cities: 27 percent, according to report on tax-exempt property compiled by the League of Minnesota Cities. The state average is 15 percent.

One idea aimed at recovering some money from tax-exempt properties, floated at the City Council study session last week, would have the city raise the property tax levy for taxable properties and ask nonprofits to pony up voluntarily. Council Member Amy Brendmoen pointed to a Boston program (Payment In Lieu of Taxes or PILOT) that sees the city assign “contributions” to each of its nonprofits with more than $15 million in property value. 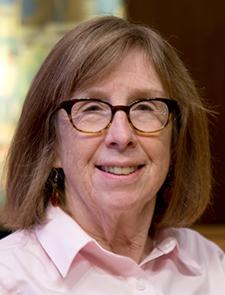 According to a report by that city, it requested $47.4 million from the covered institutions, ranging from the $7.58 million from Boston University to $7,000 from Catholic Memorial school. Of the requested amount, about 68 percent or $32.1 million was paid with widely varied response. BU, for example, paid 80 percent of the request while Boston College paid just 19 percent.

“We are providing a lot of services to our nonprofits that we really need to have a conversation about,” said Council Member Jane Prince. “That’s been a tough conversation in the past.”

Brendmoen suggested that Mayor Chris Coleman convene a commission to craft a program like Boston’s: “I want to stop talking about it and start doing something about it.”

Council Member Chris Tolbert, whose ward contains both Macalester College and St. Catherine University, said that even if institutions paid some money to the city voluntarily, it would be one of the first things cut when they face inevitable budget crises. “I’d be for exploring it,” Tolbert said, “but we need to have predictable money to pay for these services because otherwise we’re going to be relying on their whims.”

Council Member Dan Bostrom said community pressure might need to be brought on institutions that don’t volunteer to pay. “You’d need to get some segment of the community to get behind them and say, ‘Shame on you,’ ” Bostrom said. “I don’t know that that’s going to be a very pretty scenario.” 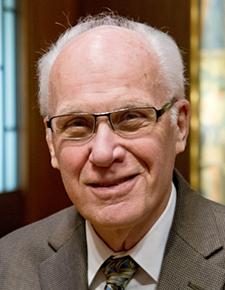 Said Prince: “We should at least try and if it involved a little shame, I’m all for that.”

Such talk did not go over well with Rinal Ray, an attorney and deputy public policy director for the Minnesota Council of Nonprofits, which is based in St. Paul. Ray wrote an amicus brief in First Baptist Church vs. St. Paul, the case that toppled St. Paul’s ROW program.

“We have sympathy for the cities,” Ray said. “They have seen decreasing LGA payments, the property tax is unpopular and they want to provide a high quality of life.”

Yet as the Council of Nonprofits amicus brief in the First Baptist case pointed out: “This tax exemption is not by accident; it is constitutionally granted with the recognition that nonprofit organizations contribute so greatly to the fabric of our society that their missions should not be impeded nor their resources depleted by taxation.”

Getting rid of the street fees altogether has a certain appeal to several council members. Property owners would pay more via their property tax but wouldn’t face a separate annual fee for street maintenance. For those who itemize their income taxes, the property tax is deductible while the fees are not. And property value more closely reflects ability to pay than some of the issues that would go into the fees, such as size its presence on a corner or an arterial roadway.

“We’re one city,” said Council Member Rebecca Noecker. “We don’t charge based on how often you go to the library, how often you call the police, how often you have an ambulance come to your home. So it’s odd that we’re trying to figure out exactly how much benefit you get from the number of feet you have in front of your home.” 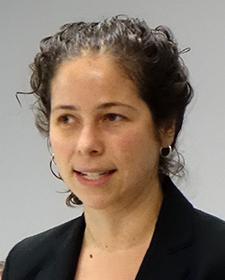 But Council President Russ Stark said the city couldn’t change its system in 2017. The city set its property tax levy for 2017 back in the fall and it would have to wait until 2018 to capture revenue from a higher property tax. Unless the city wants an even bigger budget hole, it needs to come up with a replacement for the ROW assessment system soon so as to collect some revenue this year. Without that, a batch of budget spending items placed on hold in December will remain there.

And city Finance Director Todd Hurley wasn’t so keen on the idea of rolling street maintenance fees into the property tax. Street maintenance cost are easily identifiable and trackable, he said. “That isn’t the case when you talk about police or fire or parks,” Hurley said.

The solution the city is discussing to replace the ROW program already relies on increased property taxes. Of the $32 million formerly collected in assessments, only about $10 million will come from street maintenance fees. The rest — for services like snow plowing, tree trimming and removal and litter pickup — already moved over to the property tax.

And the city already lacks diversity in its tax collections, Hurley said. Property taxes, local government aid from the state and franchise fees make up the bulk of its revenue. Hurley said he fears that without a street maintenance fee in the mix, budget cuts will hit street and sidewalks especially hard.

The council will take up the issue again on March 8 with a draft street maintenance policy and a proposed budget amendment being presented. Hurley said he would like a new program adopted by the end of March with invoices for 2017 street maintenance fees going out in October.

A taxing question for St. Paul: How to get nonprofits to pony up?