It turns out that breaking up is hard to do, at least when it comes to the Counties Transit Improvement Board, the five-county agency that is a major funder of mass transit in the Twin Cities and was recently slated for a breakup.

A vote to kill off CTIB, which would have been effective July 1, passed easily at a board meeting Wednesday afternoon. But the plan also requires all five counties that make up CTIB — Washington, Dakota, Anoka, Hennepin and Ramsey — to agree to dissolve. And Dakota County has said it will not approve the plan, which has been in the works for months.

It’s not that Dakota has any great love for CTIB. In fact, the county has already voted to exit the body, a process of separation that will take place over the next two years.

But Dakota County’s problem with the full dissolution plan favored by the other four counties comes down to money. Specifically, the amount of money each county will receive from revenue that’s already been collected and that CTIB will continue to accrue until the dissolution date. The Dakota county commissioners who serve on CTIB want more than the other counties want to give, and are withholding their vote to dissolve the body until they get a better deal.

The dissolution option seemed contradictory to begin with. Under the plan, the five-county agency — which has been a major funder of regional rail and bus lines — would go away as a means to actually increase funding for regional rail and bus lines. The reason was due to a pair of state laws that lets counties outside CTIB levy transportation sales tax rates double what those in CTIB can raise.

Since Republicans in the state Legislature have been reluctant to throw in the 10 percent of the cost of building new light rail lines that they had with previous lines, the bigger counties would make up the difference with an increase in sales tax proceeds. That is, if Hennepin and Ramsey counties could double their transit sales tax from a quarter on a $100 purchase to fifty cents (which would be allowed if they no longer belonged to CTIB), they could collect enough additional money to cover their current share of the cost — and the state’s share of projects such as the Southwest LRT extension, the Bottineau LRT extension, the Riverview Corridor project and the Rush Line corridor. 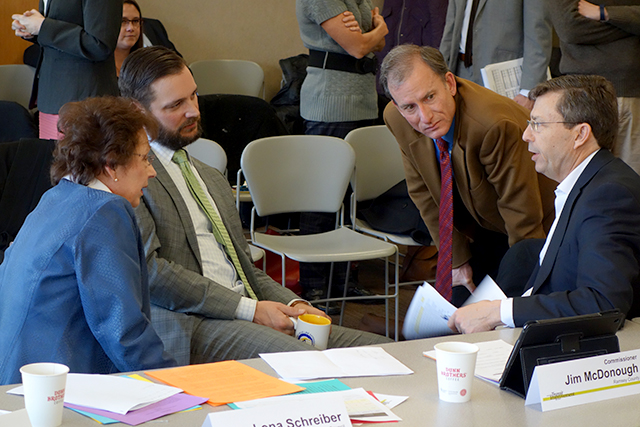 The other CTIB counties — Washington, Anoka and Dakota — would probably keep their taxes at their current rate: 0.25 percent. But they could spend it on roads and bridges as well as transit, something not permitted now under the CTIB agreement. And they could stop chipping in for the rail and bus projects that might not directly serve their residents.

Dakota County Commissioner Mary Liz Holberg said the figures presented by CTIB Chair Peter McLaughlin as part of the dissolution plan favored Hennepin and Ramsey counties. Dakota has been paying into CTIB but hasn’t gotten enough out in terms of projects, she asserted, which was the same argument used by the county when it announced it would be leaving CTIB, which — under current rules — can’t happen until 2018.

An offer to give more money to Dakota and Washington counties wasn’t enough for Dakota commissioners, and a gap of about $12-to-$13 million remains between what the county would get under the dissolution plan and what it wants.

Several other commissioners pointed out that Dakota would get more money by leaving CTIB now rather than having to wait until 2018. Dakota County’s sales tax payments into CTIB between now and then will be about $24 million, McLaughlin said. With dissolution, Dakota would keep it and be able to start spending it on road projects starting July 1. There would also be a payment, due at the end of 2018, for the county’s share of spending commitments made while it was a member. That would be canceled as well under the dissolution plan. 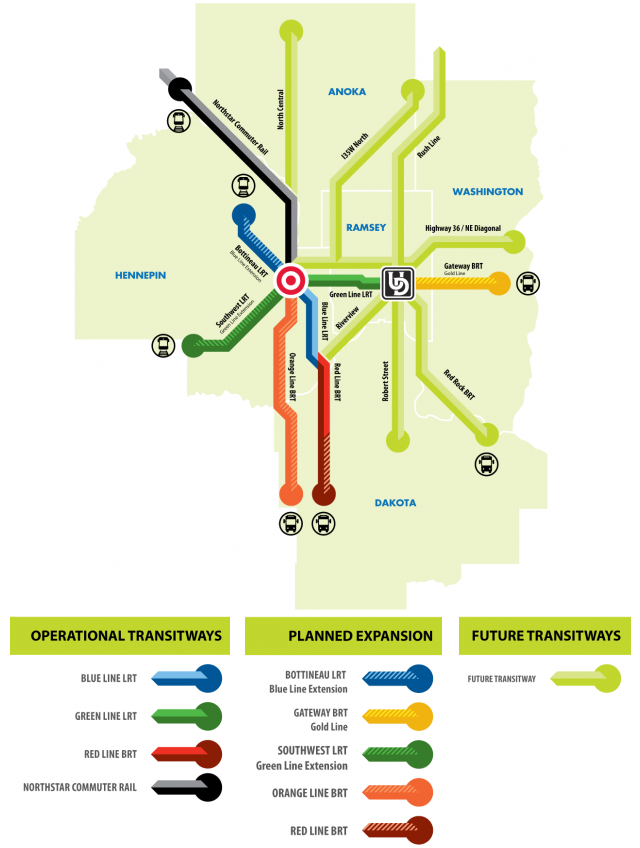 But Holberg said after the meeting that she thinks her county’s offer was for less than what it paid in minus projects built in the county. And she suggested that if Hennepin and Ramsey counties have to wait until 2018 to increase their sales taxes and also wait longer to start projects that would be funded by that money, there will be costs for the delayed receipts and the delayed project starts.

“They talk about cost of delay to Dakota County,” Holberg said after the meeting. “But the increased costs of a billion-dollar transit project is nothing compared to the $13 million gap between what was offered today and what we’re asking.”

Where do things go from here?

The other four counties as well as Met Council Chair Adam Duininck voted to dissolve CTIB. But that action is contingent on the counties passing separate resolutions and the four are in the midst of the public hearings and commissioner votes with intent of finishing by the end of March.

Holberg, however, said her board was resolute that short of it getting what it requested it won’t vote to get out of the agency. The board might not even take a vote when it meets March 21. “They may bring it up to vote no,” she said. “But the discussion yesterday was pretty clear. There was no support for the proposal.”

Not voting at all is the same as voting no, and CTIB would remain in place at least until Dakota formally leaves and the four remaining counties could unanimously dissolve.

Meanwhile at the statehouse, a bundle of Republican bills are seeking to either block the dissolution or state that any future light rail projects must have legislative approval, whether the state is pitching in for construction or not. And since there is an expectation in the CTIB dissolution plan that the state would continue to pay half of the annual operating subsidy of new lines as it does for the existing Blue and Green lines, there are also bills to say the state would not be an operating subsidy partner in the future.

The lack of a dissolution and the higher sales tax revenues also would mean a controversial funding mechanism agreed to last year to backfill for the state share — a form of borrowing called certificates of participation — are back in play. They would not have been issued if Hennepin County was able to double its sales tax.