Last spring, after the Minneapolis City Council introduced an anti-discrimination ordinance that would require private landlords to at least consider tenants who would pay their rent with government-provided Section 8 housing vouchers, Minneapolis Council Members Elizabeth Glidden, Abdi Warsame and Lisa Goodman decided to put the issue on hold.

At the time, the Minneapolis Public Housing Authority, which administers the voucher program in the city, was in the midst of transition. Not only was the MPHA looking for a new executive director to replace longtime head Cora McCorvey, it was undergoing an outside review of how it managed the voucher program.

Now that the MPHA has hired a new executive director and received the results of the report on the voucher program, the City Council has decided to move ahead with the ordinance — even as a group of rental housing owners and managers is arguing that those very same developments are reasons to slow down, not move ahead, with the process.

The law proposed by the three council members, which will be heard by a joint meeting of two council committees on Wednesday, would amend Minneapolis’ civil rights ordinances to prohibit discrimination in real estate by adding “status with regard to public assistance” to a list of factors that landlords can’t use when making decision in choosing tenants. Landlords would still be able to screen prospective tenants for factors such as rental history or past conduct, but they could not have blanket prohibitions on accepting Section 8 voucher holders, as many do now.

The intent of the ordinance is to give voucher holders more options to find housing throughout the city, something that has long been a struggle; most of the units available to those in the Section 8 program are located in in lower-income neighborhoods in Minneapolis.

According to a fact sheet produced by Minneapolis city staff, “there are 58 jurisdictions nationwide that specifically prohibit source of income discrimination (inclusive of Section 8), or specifically reference Section 8, including nine states and 49 counties or cities. There are three more states currently seeking to enact statewide prohibitions, those include: Hawaii, Maryland, and New York.”

If passed by the joint committee, Minneapolis’ ordinance could move to final adoption by the full council two days later, Glidden said.

Yet the Minnesota Multi-Housing Association, which is made up made up of rental housing owners and managers, is making the case that the Minneapolis Public Housing Authority’s new executive director, Gregory Russ, should be given time to implement changes at the agency before landlords are required to take part in the Section 8 program.

“Let’s give the new director a chance to get the public housing authority working much better for everyone involved,” Cecil Smith, the Multi-Housing Association’s current president, said during a press conference last week.

Smith said that forcing landlords to take part in the program will lead to increased rents for all renters in Minneapolis. First, because of the rules involved in complying with the voucher program — landlords have to leave apartments unrented while waiting for inspections required before tenants using vouchers can move in — adds costs that landlords will want to recover in rents.

The second reason is because of the rent standards used by housing agencies to decide how much they will pay in vouchers. Landlords with rents near the rent ceiling might simply raise rents so as to exceed the standard and simply avoid the regulations. “The program is so broken that there’s an incentive for owners to price their apartments above the fair-market standard,” he said.

Those factors could lead to what the association dubbed “coastal rents,” akin to those in cities like San Francisco and New York.

Bernadette Hornig, part of a third-generation family business that owns and operates apartments throughout the Twin Cities, said her company has buildings that accept Section 8 voucher holders as well as some that do not. She called the implication that landlords are discriminating based on the race or economic status of tenants shameful. “My objection to this ordinance lies entirely with the structure of the Section 8 program itself, not with the people who rely on the vouchers to pay the rent,” Hornig said.

Instead, the problem is that the MPHA is much harder to work with than those in other cities, she says. “Why not reform the program and see if they can increase participation voluntarily before mandating that owners take part in a broken program?” 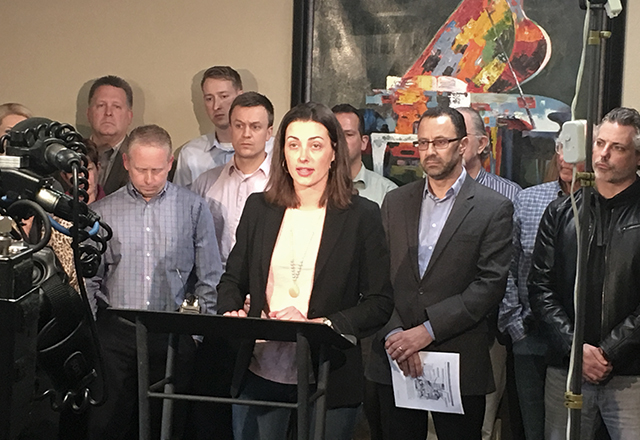 In a full-page advertisement in the Star Tribune titled “Coastal Rent Prices,” the association cites “one recent study” indicating that 84 percent of rents in Minneapolis are within $50 a month of the payment standard, suggesting that a vast majority of apartments would likely see rent hikes if the ordinance goes through.

But that report the group cited — conducted by HousingLink, an affordable housing clearinghouse that helps voucher-holders find places to live — concluded something quite different from what the Multi-Family Housing Association claimed. It found that 75 percent of Minneapolis rents were already above the voucher payment standards. If rents increased by $50 a month, an additional 9 percent would be above the standard.

Only by adding those already out of reach for voucher holders with those that might see increases does the number reach 84 percent. And since it is unlikely that landlords would feel the need to hike rents in apartments already outside the standards, the impact of any rent increases is likely to be far less than what Multi-Family Housing Association asserts.

The number of voucher-holders potentially affecting the market is also small. The MPHA distributes 5,076 federally subsidized vouchers serving about 17,000 residents (the waiting list to get a voucher currently has 1,700 families on it). But 53 percent of those residents are children, and voucher-holders make up only 6 percent of the Minneapolis rental market. In fact, the housing authority estimates that only about 200 voucher holders are searching for rental housing at any given time in the city.

A lack of participation

A different study found another problem facing voucher holders: that it is difficult for them to find housing outside a few low-income neighborhoods in Minneapolis.

For the study, conducted by an affordable housing advocacy group called HOMELine, volunteers contacted leasing agents for 369 units in Minneapolis advertised for rent — housing that included everything available up to $200 a month over the Section 8 voucher fair market value payment standards.

Of those 213 units, only 49 accepted Section 8 vouchers. Another 16 units were available to Section 8 voucher holders, but were priced higher than the payment standards, the survey found. “Lack of participation in the program is a barrier for tenants with vouchers,” the study stated. 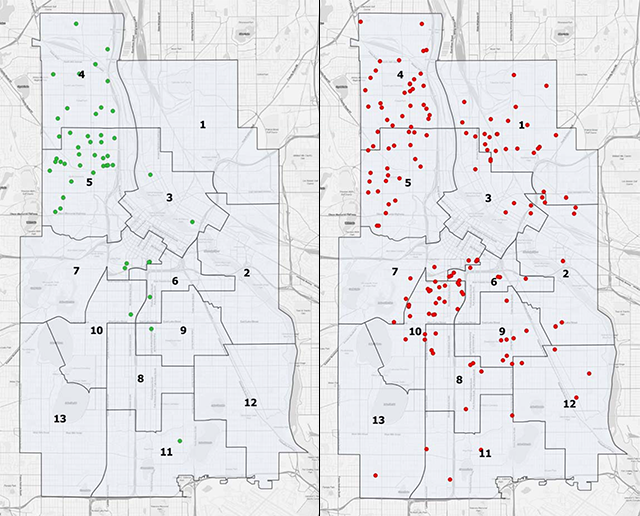 HOME Line
A survey of advertised apartments in Minneapolis by housing advocates HOMELine showed the distribution of units within the rent payment standard that accepted Section 8 vouchers (green dots) and those that did not (red dots).

Further, the survey found that 47 of the 65 units that accepted vouchers and whose rents were within the rental standard or close to it were in two ZIP codes in north Minneapolis.

The study concluded that if the MPHA were given more flexibility in the amount of rent reimbursements it could provide  — higher amounts for more expensive neighborhoods and lower amounts for more affordable neighborhoods — and if landlords could not have blanket prohibition against Section 8, “tenants would have additional options elsewhere without significantly limiting those options that are already available to them in North Minneapolis.”

The report commissioned a year ago to look at the management of MPHA’s voucher program raised yet another concern. The audit, funded by the McKnight Foundation and conducted by Washington, D.C.,-based Quadel Consulting, leveled criticism at the agency for not being aggressive enough in helping tenants find housing outside of high-poverty areas and calling the mission of the existing mobility program “unclear.”

Since the MPHA’s Mobility Voucher Program began in 2010, 60 families have successfully been located in what are called “opportunity areas” — neighborhoods with lower poverty, lower racial concentration and higher performing schools. Yet just 21 families are currently in the program. The study set a goal of helping 50 families per year, which would require the authority to devote more staff to work with families to find housing and adjust to the move.

In a written response to the Quadel study it released last week, the MPHA said it was taking steps to improve its administrative policies and “customer service,” including working to speed inspections and work better with landlords. It also said it would initiate meetings with other housing agencies in the region to make it easier for voucher holders to move to jurisdictions that didn’t issue the vouchers. It also said it would begin to look into a payment schedule that would pay higher rents in more expensive areas. 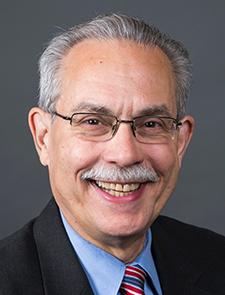 MPHA’s new boss, Russ, has been on job at the housing authority for a month, and the agency’s response to the recommendations in the Quadel report came three weeks after the agency was presented with the findings. “We’re certainly willing to work on the program and get it tuned up the way it should be to improve the function we already have,” he said.

But he said the rent issue isn’t as directly connected to the City Council’s ordinance as the landlords suggest. “The ordinance is simply leveling the playing field for someone who has a voucher and goes looking for housing,” Russ said. “What the ordinance does is create the opportunity for them to submit an application. The landlord is free to screen as they would for a family without a voucher.”

That said, the authority is happy to work with landlord groups and has already met with representatives of the Multi-Family Housing Association. “All I can tell them is we’re willing to hear what they have to say,” he said. “I don’t think the report is quite as stark as they say, but if they feel that strongly about it, we’re not unwilling to talk about us. Our business practices are our issue and we’re willing to own that.