In St. Paul, there are only a few areas where bipartisanship is not just a lofty goal, it’s a requirement.

That includes any changes lawmakers want to make to the state’s election and voting systems. Gov. Mark Dayton, like former Gov. Tim Pawlenty, has said he’ll only sign election-related bills if the proposals have broad support from legislators in both parties — no matter who’s in power.

It’s a tradition that some say has bolstered Minnesota’s strong election system, which has some of the highest voter turnout rates in the nation and few instances of fraud. The rule has also influenced the measures moving through the Legislature this year, with the Republicans who control both chambers ditching proposals that have been controversial in the past — like voter ID — and advancing a list of changes to the state’s election system that have broad support.

As Secretary of State Steve Simon says: “I would say there is work that has yet to be done to get the bipartisan support necessary for the governor’s signature.”

‘We have a system that works well’

Simon is pushing back on a provision in the state Senate’s elections bill that would establish a provisional balloting system in Minnesota.

Under current law, Minnesotans can lose their eligibility to vote if they’re convicted of a felony, live in the state illegally or are declared legally incompetent by the courts. Various state departments collect those names and send them to the Secretary of State’s office, which compiles a list. If someone challenges a voter’s eligibility at the ballot box, the voter can “self-certify” in front of an election judge, which is essentially taking an oath that they are indeed eligible to vote. Lying during that process is considered a felony. Those self-certified ballots are then tossed in with the rest of the ballots.

That’s something Sen. Mary Kiffmeyer, R-Big Lake, wants to change. Her proposal (SF 514) would eliminate self-certification and create a so-called provisional ballot, which would be filed separately from other ballots until election officials can sort through them. 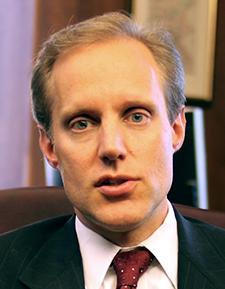 Kiffmeyer said nearly every state in the nation has some kind of system that keeps provisional ballots separate, but not Minnesota. “Most Minnesotans out there they will ask: Why is this even an issue?” Kiffmeyer said. “How is the system not already doing this?”

Under her bill, challenged voters will be notified of their status ahead of the election and given time to appeal. But Simon says it creates a “maybe pile” of votes that would add significant time and costs to the state’s election system. Voters who cast provisional ballots would know within 10 weeks whether their ballot was accepted or not.

In the last election, Simon said to date they know of no cases where a self-certified voters turned out to be ineligible. There were, however, cases of eligible voters erroneously marked as felons who were challenged at the ballot box. “I really worry that it has, in the future, the power to empower polling place challengers,” he said. “All it would take is a challenge to put that person’s ballot in the maybe pile, and we don’t need it. We have a system that works well.”

Democrats mostly oppose the idea, and provisional balloting doesn’t appear in the House Republican’s election policy bill. Rep. Kelly Fenton, R-Woodbury, the author of the House bill, said that’s because she didn’t want her bill to come with any costs to the state. (Kiffmeyer’s bill would cost a total of $10 million over the next two years, though that also includes money for new voting machines.)

Fenton’s bill (HF 729) also includes a proposal to move Minnesota’s primary date from the first Tuesday in August to the “the first Tuesday after the third Monday in June” each even-numbered year. The primary was changed from September to August several years ago, but turnout has been low in primary elections since then.

Simon supports moving the date too. He even carried the proposal while he served as a representative in the Minnesota House. “The August primary is a terrible time to have a primary; no one shows up,” he said. “Minnesotans do the Minnesotan thing and try to squeeze out the last drops of summer.” 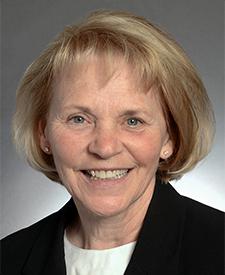 He’s hoping the upcoming open governor’s race in 2018 will push more people toward a date in June. With many candidates jumping in on both sides, he thinks lawmakers will want to get the intra-party elections out of the way sooner to give more time for general election campaigns.

It’s a proposal that has plenty of bipartisan support — but also bipartisan opposition. Kiffmeyer didn’t include the June primary in her bill because there wasn’t agreement within the Senate Republican caucus about moving the primary date. Opponents of the June primary say it will make legislators vulnerable to primary challenges because they won’t be able to fully campaign until the legislative session ends in late May.

As a former legislator, Simon understands those concerns. “I do believe in the old saying, there’s no such thing as paranoia in politics because they really are always out to get you,” he said. “But the fact of the matter is, in other states, you haven’t had that play out.”

Broad support for many changes

But back to the bipartisan stuff. Fenton said she wanted to make the House elections bill clean and simple so the governor would sign it, and most of the changes she’s proposing are supported by local governments and the Secretary of State’s office. 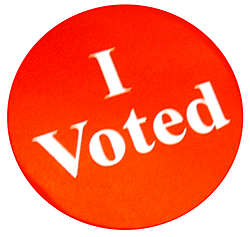 “That will be tremendous cost savings and time savings,” Fenton said. “I think it also verifies the integrity of the process because the voter has the option: ‘Do I want to put [my ballot] in the envelope and send it off somewhere or do I want to be the last person to touch my ballot before it goes into the ballot box?’”

Both bills also aim to create uniform election dates across the state for everything from statewide races all the way down to school board and township elections. The dates don’t match up in the House and Senate bills, but both aim to have only one date most months when elections can be held. 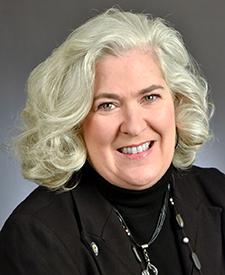 The Senate bill also allocates funding to new polling place equipment, a change Simon said is critical for local governments. The machinery used at many Minnesota polling places is more than a decade old and is not easy to repair. New machines cost about $10,000 per polling place, and promised funding from the federal government never materialized. Some local governments have resorted to finding replacement pieces to election machines on eBay. “Imagine if you still had your 2004 or 2005 flip phone,” Simon said. “It would be hard to get it repaired.”

The two election policy bills are heading to the House and Senate floors, and then they will head to a conference committee to work out any differences.

Provisional balloting, a June primary and ‘I voted’ stickers: How legislators are looking to change Minnesota elections