Peggy Scott held up a bankers box that can hold about 2,750 sheets of paper. Then she held up a small 512-gigabyte flash drive that costs about $20 and holds nearly 10,000 pages of documents, and a picture of a 5 terabyte external hard drive, which costs about $120.

“Government agencies used to have to stores these [boxes] in basements and rent out spaces,” Scott said. “[The hard drive] would hold half the print collection of the Library of Congress.”

The Republican state representative from Andover was trying to show how modern technology has both increased the number of electronic records created every day, but also how it has made it much simpler and cheaper to store those records.

Scott has introduced a bill that would require state government agencies — from school districts, cities and counties to state agencies — to save public electronic communications such as emails for at least three years. That’s the same time period recommended by a state record retentions panel and would clarify a current law that doesn’t lay out detailed guidelines for anything that isn’t an “official” record, a broad term that has led to vastly different interpretations from agency to agency.

Yet there has been a lot of opposition from state agencies, who say the proposals would put a massive burden on government entities across the state, and the issue has sparked a contentious debate about everything from government transparency to the value of historical documents.

Minnesota’s public data and retention laws date back more than four decades, and as computers became more common in government work, they were updated to include different forms of documentation, including electronic records and emails.

A state records retention panel, composed of a member of the Minnesota Historical Society, the state’s attorney general and the legislative auditor, was created to help government agencies navigate new technology, recommending that electronic records should be saved for at least three years. Many local governments follow those guidelines.

In recent years, however, some agencies have set up their own retention timelines, deleting most emails at their own discretion. Technically, it’s legal for them to do so; state law only requires government to save and make public records that are part of an “official action,” or “in connection with the transaction of public business.”

That language has been interpreted in many different ways. In the governor’s office, for example, former Gov. Jesse Ventura set up a retention schedule for things like briefing books, speeches, public statements, position papers, executive orders, reports and memos, which must be preserved for the entire governor’s term and then sent to the state archives for preservation after he or she leaves office. Every other email can be deleted at will, a policy that’s still used in Gov. Mark Dayton’s administration.

The Hennepin County Sheriff’s office recently came under fire when it changed its email retention policy from indefinite retention to automatic deletion after 30 days. The entire county will shift to a six-month email retention policy this year, after which emails will be automatically deleted. The city of St. Paul also moved to a similar system, sorting emails into folders and automatically deleting all of those not in certain folders after six months.

Scott argues those emails are an important piece of how government operates and are critical if agencies want to remain open and transparent. She wants to set up a uniform system across government agencies, eliminating the word “official” from state law to open up the number of records that must be saved.

“That eliminates the loophole of destroying non-official correspondence,” Matt Ehling, a Twin Cities writer and television producer and the president of Public Record Media, a nonprofit that advocates for open records.

Scott’s proposal also defines “correspondence” as any written or electronic communication “from officers, elected officials, administrators, managers, professionals, and all other staff that document events, decisions, business, and functions of the agency, public authority, or political entity” (an amendment to the bill specifies that spam mail, announcements of social events and “purely personal” communications that have nothing to do with state government can be deleted). The proposal takes the suggested three-year record retention period and makes it mandatory.

“The Legislature needs to address this issue,” Scott said. “Currently, there is a hodgepodge of government retention policy in relation to electronic correspondence. There needs to be uniformity so no entity has to guess or simply choose what works best for them.”

Others worry that history is being destroyed on a daily basis in the deletion of emails, including the exchanges between leaders that lead up a major policy change or even a major speech.

“Keeping our history, that’s what we’re talking about,” said Don Gemberling, the former director of the Information Policy Analysis Division (IPAD), part of the Minnesota Department of Administration that provides assistance on public data and privacy. “If you wanted to go to a library and look at history you would be able to find a number of correspondence between people. Currently, much of that correspondence is in emails, and if government is allowed to get rid of emails, and frankly, a lot of other electronic records, we’re going to lose something really important.”

As it stands, Scott’s bill has no direct companion in the state Senate, and a similar bill to require government agencies to save their emails for at least 18 months has stalled there. 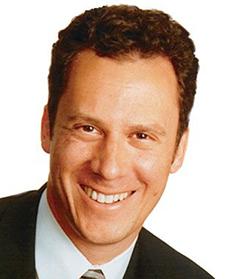 The author of that bill, Sen. Ron Latz, DFL-St. Louis Park, said he was shocked to learn that the Hennepin County Sheriff’s office was planning to delete emails after only 30 days. “That’s not long enough for anyone to have an opportunity to even think about if that’s something that ought to be saved,” he said.

Latz, an attorney, said emails play a huge role in legal cases. But after he was approached by local government officials, Latz offered his proposal for informational purposes only. No votes were taken. “I found that it’s a much more complex question than simply all emails should ought to be held for a certain minimum period of time,” he said. “You are talking about massive amounts of email, a great deal of complexity with regard to the content of the email, and the record retention statute, which frankly doesn’t get much attention here at the Legislature.”

Those local government officials said the three-year email retention policy would end up requiring new technology and incur significant costs. Even more burdensome they said, is the staff time required to respond to data requests from attorneys or reporters when so many records are required to be kept on file.

Some government agencies have started to store emails in more creative ways to make it easier to sort through them for a data request, but email exchanges are often a mix personal and private correspondence. For instance, two government employees might be emailing about official business and on the same exchange the might also check in to see how a recent surgery went, or how the person’s family is doing.

“Email is by its nature is going to be a mix of public and not public data all the time,” said Laurie Beyer-Kropuenske, who works for the state Department of Administration. “Every email really has to get pulled apart. It can’t be automated now. It has to be done by people who read and understand the classification of the data.”

The Legislature is in a bit of an awkward position on the bill. Minnesota lawmakers have excluded themselves from the state’s data practices laws, meaning none of their records are subject to disclosure, including their emails — a fact that was brought up in a tense exchange during a recent hearing.

“This is not an issue for you since the Legislature is not subject to the data practices,” said Keith Carlson, who represents the Minnesota Inter County Association. “I wish you were, because until you actually walk the walk, frankly, from our perspective, we don’t think you should be talking the talk.”

People in the room gasped, and legislators weren’t happy about the remark. “The buck stops at the state, so whether or not you think that it’s a bad idea for the Legislature to exempt itself from the data practices, that decision has been made by this body that oversees you,” Rep. John Lesch, DFL-St. Paul, said, noting that he supports a bill introduced this year that would include the Legislature in data practice laws.