Any political forum in St. Paul or Minneapolis this year is going to get to the question at some point. So University of St. Thomas Vice President Doug Hennes must have figured he’d get it out of the way right at the start: What is your position, Hennes asked the five candidates for St. Paul mayor gathered at a forum Wednesday, on raising the minimum wage to $15 per hour?

It isn’t as though the five declared candidates weren’t expecting it. A campaign fueled both nationally and locally by a combined grassroots/Service Employees International Union effort has forced urban politicians to not only talk about it but to support it. Unlike Minneapolis, St. Paul has no city council proposal to have a city wage higher than the state minimum wage.

Melvin Carter III and Elizabeth Dickenson were both quick to support the higher wage and to oppose any tip credit — something opponents call a tip penalty. Under such a proposal, tipped workers would earn the state minimum wage of $9.50 and only if their tips do not bring them to at least $15 would their employer cover that difference. Any tips above $15 would be kept by the server.

“As someone who has worked for tips before, I don’t support a tip penalty,” Carter told the business-friendly audience attending a Midway Chamber of Commerce Economic Development Summit.

“There is no social program that I can think of that would be more effective in helping community and helping people who are struggling be able to start to afford the American dream or at least the basics,” Dickenson said. And while opposing using tips to reach any higher city minimum wage, she supported a phase in over up to six years.

“Fifteen now” and no tip penalty are the positions that are likely to please delegates to the DFL and Green Party endorsement conventions. Any position taken by a St. Paul politician that is shy of that needs to be finessed. Even then, it may make it difficult for such a candidate to win endorsements and a no-endorsement result might be the best hope.

Despite that, the other three candidates sounded open to something other than an absolute position.

“I support people making more money in our community but we can’t pretend that it isn’t going to impact our small businesses,” said Pat Harris. “We need to have a conversation, look at the impacts and see if there are ways that we can mitigate those impacts through possible exemptions, such as the tip credit.

Tom Goldstein said he supported the goal of reaching $15 an hour “but I think it’s all in the implementation.” He said large corporations that haven’t shared profits with workers should be the focus of a local minimum wage effort. As a former small business owner, Goldstein said a $15 an hour mandate could prevent people from even starting businesses.

Current city Council Member Dai Thao said that he thinks everyone in the city wants all residents to have good-paying jobs, “but we also have to figure out how do we help small business and mid-sized business so they actually can afford to pay $15 an hour.” 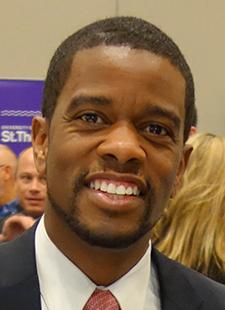 “We have a whole set of once in a lifetime opportunities in front of us — from transit to the Midway to the Ford site to development along the Green Line,” he said during his closing statement. “We can’t afford to villainize one another. We have to make sure that we are constantly listening to one another.”

Harris is also a fourth generation St. Paulite and a former city council member, representing Ward 3. He is a senior vice president for BMO Harris Bank where he specializes in public financing.

Goldstein is a former St. Paul school board member and an attorney who ran his own business, a sports memorabilia store, in St. Paul. He ran for Ward 4 city council in 2015 and has been a community organizer and a member of the Mac-Groveland community council. 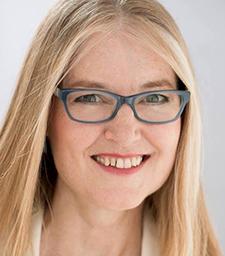 Thao is a current member of the city council, having won a special election to represent Ward 1 (succeeding Carter) in 2013 and re-election in 2015. A native of Laos, he and his family were part of the Hmong migration and he is the first Hmong-American to serve on the council.

“I’m not going to squander this opportunity that America has given me,” Thao said. “We’re all in this together. There’s no other country that we can run to so we might as well stay here and work together … and be the kind of leader our kids are looking for.”

Unlike the other four candidates, Dickenson is not seeking the DFL endorsement but will instead ask for the endorsement of the Green Party, something she won for her mayoral campaign in 2005. She is a career and management coach and author.

Economic issues at the forefront

As fitting for a business-oriented audience, the other questions posed by Hennes were economic in nature. All five candidates, for example, supported the approach the city council is taking to replace some of the revenue that was lost when the state Supreme Court overturned a system of right of way assessments for some city services such as street sweeping and lighting. 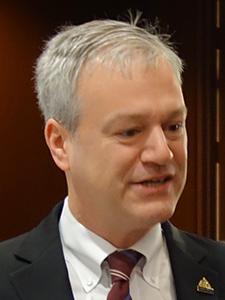 And all supported some form of voluntary payments in lieu of taxes from nonprofits that do not pay property taxes and will pay significantly less in a pending street maintenance fee. While all property owners will pay lower fees, the nonprofits will not help make up the difference via increased property taxes.

“Everyone benefits from living in St. Paul and we need to make sure that everyone is contributing,” Dickenson said. And while Goldstein said a mayor should use his or her “bully pulpit” to call out nonprofits that do not make voluntary payments, Carter said the city can’t make any nonprofit pay and some of the non-taxed property is owned by the state or school district who would have to pass it on to taxpayers.

“And the truth is those small churches and those small nonprofits are not gonna [pay] and I don’t know that my goal as mayor is to go after them and try to hold their feet to the fire to make them,” Carter said.

There were slight differences on the candidates’ hopes for two major economic development sites — the Snelling-Midway site that will be anchored by a new soccer stadium and the former Ford manufacturing site. Goldstein, who has been a vocal opponent of the stadium, said while both were termed once-in-a-lifetime opportunities by other candidates, Midway gets a stadium that might not fuel economic development and Ford is targeted for higher end residential, commercial and retail. 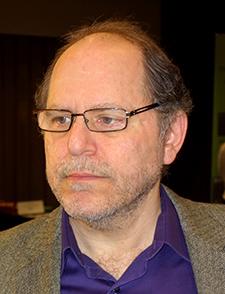 The others were more enthusiastic about both developments, though with somewhat different wish lists. Dickenson said she would need to see affordable housing and green space at both. Thao, who wore a Minnesota United FC scarf during the forum, wants the Midway site in his ward to be an international village and called it a game-changer for the city.

Carter, whose family had their homes and lives disrupted when I-94 was build through the historic African-American community of Rondo, said he wants the Midway redevelopment to not only benefit the city but the neighboring communities like Rondo.

Harris was the Ward 3 council member when Ford announced its St. Paul plant would close and was instrumental in creating a task force that has been studying the site for 10 years. He called it a once in a lifetime opportunity for the city but was open to calls from some neighbors that the number of residential units in the plan might overwhelm the adjoining neighborhoods. 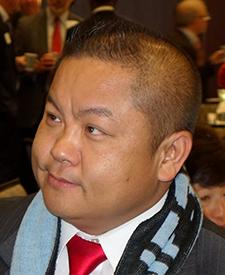 “Right now the density is on the challenging side,” Harris said. Thao said the voices of neighborhoods should have priority. But Carter said the city should try to maximize the economic and revenue potential of the site and not look for ways to artificially cap development and the number of residential units. Instead, he said, the city should look for ways to manage traffic via transit and creating walkable and bikeable connections.

Perhaps to lighten up what was otherwise a policy driven forum, Hennes asked each to name their favorite Minnesota musician or musical group.

Dickenson: Herself, as a way to plug the Nautilus Theater where a musical she wrote the lyrics for was performed.