Twenty years ago, Jeff Xie was a 35-year-old engineering Ph.D. working in the semiconductor industry in Silicon Valley.

One day, as he drove down a highway in the San Francisco Bay Area, a billboard caught his eye.

He still remembers it. It showed a bucolic-looking green space and said something like: “In Silicon Valley, this is a park. In Minnesota, it’s your backyard.” The ad, part of a campaign sponsored by the then-Minnesota High Technology Council (now the Minnesota High Tech Association), was designed to recruit technology workers to Minnesota, which was facing a worker shortage. 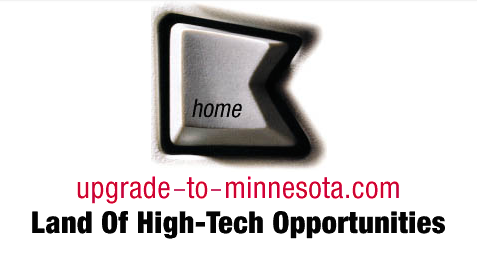 Screenshot of upgrade-to-minnesota.com via the Wayback Machine
A website that was part of the campaign in the ’90s to attract workers to Minnesota.

The part about the backyard sounded nice to Xie — the hustle and bustle of the Bay Area could be overwhelming, and there wasn’t a lot of work-life balance.

Before long, he'd packed up and moved to the Twin Cities.

Net migration by decade, 1950s-2000s
The 1990s were the only decade where Minnesota had net positive domestic migration. In the 2000s, migration was only positive because of international migration.
Source: U.S. Census, compiled by Minnesota State Demographic Center

It wasn’t always that way.

Minnesota lost population in the ‘80s, for instance, after a period in the early part of the decade when three of the state’s major industries were collapsing.

“Iron mining and agriculture went through a really rough patch — there were all sorts of suicides among farmers — and the third industry was mainframe computers,” said Tom Gillaspy, who was the state demographer at the time. “(And) all that stuff happened simultaneously with the big recession in the early ‘80s and high interest rates.”

Many people left the state for jobs elsewhere, Gillaspy said.

So what happened in the '90s to reverse that trend?

With the onset of the '90s came an economic downturn in the United States. It began in July of 1990, as a loss in consumer and business confidence during the First Gulf War piled onto an economy weakened by restrictive monetary policy, according to an analysis by the Federal Reserve Bank of San Francisco.

As much of the country was still mired in recession, the economy in Minnesota was picking up.

“As national economic growth sputtered and died in the early 1990s, Minnesota clawed onward,” an article in the Economist proclaimed in 1999. “Manufacturing defied national trends and grew, while service companies sprang up all over the place. Unemployment in the state therefore lingered a point or so behind the rest of the country, and, when the time came for the American economy to reawaken, Minnesota found itself without the excess capacity the rest of the nation had.”

During the early '90s recession, Minnesota’s seasonally adjusted unemployment rate peaked at 5.3 percent in April of 1991. Nationally, unemployment rates  — already higher than Minnesota’s — continued to rise for more than a year, peaking in July of 1992 at 7.7 percent, according to data from the Federal Reserve Bank of St. Louis.

Unemployment, Minnesota and U.S., 1985-2015
During the economic downturn in the early '90s, Minnesota's unemployment was lower than the U.S.' as a whole, shown here as average unemployment over the year.
Source: Federal Reserve Bank of St. Louis

Gillaspy attributes a lot of Minnesota’s growth at that time to the state’s medical technology industry, which was developing and manufacturing everything from new bandages, pharmaceuticals, radium treatments, high-tech ambulances and, of course, the pacemaker, he said.

Thanks to this burgeoning med tech community, a successful manufacturing industry and an economy that was more diverse, overall, than that of many other states, people from other states came to Minnesota looking for jobs, Gillaspy said.

“People could come here and get jobs and get really good jobs, when that wasn’t really true in the rest of the country,” he said.

Early in the decade, job prospects in Minnesota were better than in these states, according to data from the Federal Reserve Bank of St. Louis — with unemployment between 4 percent and 5 percent in Minnesota, compared to a range between 5 percent and 8 percent in Illinois, between 7 percent and 10 percent in California,  and between 6 and 9 percent in New York in the early 1990s.

Unemployment in Minnesota, Illinois, California and New York, 1985-2015
Minnesota had lower unemployment than states it was gaining substantial net population from in the early '90s.
Source: Federal Reserve Bank of St. Louis

Migration from these states (with the exception of Illinois, which remained fairly steady through the decade), tapered off as the economies in those states improved (and in the case of California, as the dot-com boom heated up) then reversed in the latter part of the 1990s, according to the IRS data, yet Minnesota still experienced positive net migration from other U.S. states.

States' economies improved as the '90s wore on, a time when Minnesota began gaining more population from its neighbors — the Dakotas, Iowa and Wisconsin, according to IRS data.

Net migration to Minnesota from bordering states, 1990-2015
While Minnesota was a net gainer of migrants from bordering states in the ’90s, by the turn of the century those gains were smaller, and, in the case of the Dakotas, actually dipped into negative numbers.
Iowa
North Dakota
South Dakota
Wisconsin
Source: Internal Revenue Service

This time, the explanation for the migration pattern doesn’t seem to be unemployment. Minnesota’s was low compared to a lot of states’ in the '90s, but its neighbors’  rates were on par or even  lower at the time.

What can explain Minnesota’s net gain from neighboring states?

In North Dakota, boom years in the '70s led to farmers expanding their production, before seeing the price of crops drop dramatically in the 1980s, according to the State Historical Society of North Dakota. This, combined with technology that makes agriculture less labor-intensive, caused rural depopulation in the following decades as the sons and daughters of farmers left the family farms for education and jobs in other sectors and in cities.

Even as the cities in North Dakota grew during the '90s, Iverson said, many of those North Dakotans moved to Minnesota, IRS data show. So did people from other neighboring states — enough to sustain the state’s positive domestic migration even as inflow from states like California, New York, and to some degree, Illinois, slowed down.

This was a time — in the latter part of the decade – that Minnesota, like many states, experienced an acute labor shortage.

That’s when the High Technology Council launched its ad campaign. Designed by local ad firm Periscope, the campaign targeted Minnesotans who had moved away during the aforementioned economically challenging '80s, and courted non-Minnesotan high tech workers like Jeff Xie who were looking to part with the Bay Area’s traffic and high housing costs.

Screenshot of updgrade-to-minnesota.com via the Wayback Machine
Minnesota’s High Technology Council launched an ad campaign aimed at tech workers from other states.

Though Minnesota still saw a net loss in households to California in the second half of the decade when the dot-com boom was heating up and Silicon Valley had its own worker shortage, the campaign was seen as a success. More than 25,000 people applied to Minnesota jobs through the campaign’s website,  said Rick Krueger, then the president of the Minnesota High Technology Council. There’s no data available showing how many people were hired, or where they came from.

The campaign, which ran primarily billboards, print and radio ads, won an Effie award for advertising. It focused on California, but got news coverage and, anecdotally, attracted workers from all over the country, Krueger said.

“We were kind of a hot topic around the country because of that campaign,” Krueger said. “Who would dare think that Minnesota, an average-sized state, not particularly well-known for any particular technology arena … (would go) right into the cave of the dragon and say we want some of your expertise.”

By-and-large, people move for jobs, for family, for friends and for amenities. We’ll never know the reasons why each and every one of the thousands of people who moved into Minnesota in the '90s came here. But data suggest that, at the time, the prosperity and opportunities the state afforded, whether the jobs or city life, attracted many.

Minnesota’s decade as a net population gainer from other states ended around 2000, when another recession flattened its economy. Since then, the state has been losing net population domestically, largely to the Sunbelt and the Mountain West. Since the state’s birth rate has slowed, international immigration is looked to as the primary source of population growth for the state, which is projected to have a worker shortage in the coming years as baby boomers retire.

Xie, who became an entrepreneur and helped found FindRFP, which helps companies find government contracts to bid on, and DoTradeshow, which makes displays for trade shows, said moving to Minnesota was a smart move. He enjoys the nature. The schools were good: His daughter graduated from Eden Prairie High School, then went to Stanford University.

“Minnesota offered more styles of life, in terms of career and family and everything,” said Xie, who now lives in Las Vegas but visits Minnesota frequently, as his business is still located in Burnsville.

Correction: This article has been corrected to clarify the circumstances around Xie's move to Minnesota.