On April 6, 1917, a Minneapolis congressman joined a group of like-minded colleagues in opposing one of the most consequential measures to come before the U.S. Congress during its entire history. On that day, 100 years ago, Fifth District Rep. Ernest Lundeen was one of 50 House members who voted against President Woodrow Wilson’s resolution declaring war on Germany. 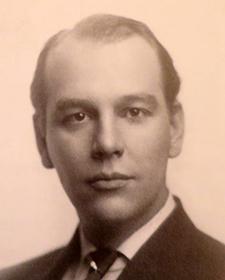 Earlier, during a marathon House session, which began the previous afternoon, Lundeen told his fellow legislators that he had polled his Fifth District constituents about the pending congressional action. Of those responding, an overwhelming majority opposed the war declaration, Lundeen reported.

The Minneapolis congressman entered messages in opposition to the Wilson resolution into the Congressional Record from dozens of community leaders, including the head of the Minneapolis Trades and Labor Assembly, the president of the Minneapolis Bible Institute and more than 30 local clergymen.

Yet, the following day, the Minneapolis Tribune made no mention of these Fifth District residents when it reported on Lundeen’s vote. Under a headline declaring “Lundeen Condemned by Constituents,” the paper’s report only included statements from Minnesotans who supported the war and opposed Lundeen’s stance.

The Tribune article marked the start of concerted efforts by the state’s mainstream media, encouraged by officials at the highest level of the state and federal government, to suppress any dissent or even substantive discussion about a war that would eventually claim the lives of more than 2,000 Minnesotans. America’s short-lived engagement in World War I, lasting only a year and half, coincided with an era of civil liberties suppression, in Minnesota and elsewhere throughout the U.S., equaled only during the McCarthy years after the end of World War II.

In this state, efforts to clamp down on dissent began even before war was declared on April 6. During late winter and early spring months of 1917, as the prospects for war increased, loyalist organizations sprung up in Minnesota to press their cause with the state’s elected officials. Part of the so-called “liberty league” network, these local organizations began calling for statewide surveillance of labor and ethnic groups whose loyalty to the U.S. was suspect — at least in the eyes of the liberty leagues.

Agitation by the loyalist groups led to the creation of a new state agency during the final weeks of the 1917 legislative session known as the Commission of Public Safety. The seven-member commission was given virtually unchecked powers to suspend civil and political liberties during wartime. These powers included the authority to remove local elected officials from public office if their loyalties were suspect. While the new state agency was chaired, at least officially, by Minnesota’s governor, Joseph Burnquist, the prime mover on the commission was the fiery John McGee, an extreme loyalist who was determined to stamp out any wartime dissent that he equated with treason. 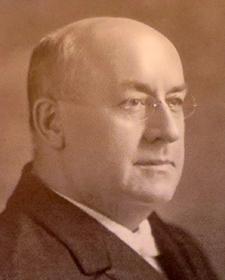 Later in the year, the Minnesota commission got explicit federal backing for its efforts with the passage of 1917 Espionage Act, which made “casual or impulsive disloyal utterances” a federal crime. The legislation received firm but tempered backing from Woodrow Wilson, who had been viewed as an enlightened, progressive leader during his first term as president. While Wilson used high-minded idealism to justify his domestic and international policies, the president made clear that any public dissent about the war and its aims was not acceptable to him and to his administration.

In Minnesota, the Commission of Public Safety received widespread attention when it removed New Ulm’s mayor, Louis Fritsche, and its city attorney, Albert Pfaender, from office because of the their public statements about the military draft at a large rally in their hometown. Fritsche and Pfaender, whose German-American heritage reflected New Ulm’s ethnicity, were careful to urge support for the draft laws then in place, but they did raise concerns about the draft’s constitutionality and they called for congressional legislation to permit German-American draftees to avoid direct military combat on the war’s western front.

The commission’s specific actions may have been limited in scope, but they fostered a climate of opinion in Minnesota that encouraged fierce repression of any public expressions that were considered insufficiently loyal to the Allied cause. Political figures  — including Minneapolis Mayor Thomas Van Lear and former Rep. Charles Lindbergh Sr., a gubernatorial candidate in 1918 — were both vilified by the loyalists and the mainstream press because they had voiced some skepticism about the war and its aims before and after the April 6 congressional declaration. In Lindbergh’s case, he was hung in effigy, his organization was denied permits to hold public rallies, and several of his campaign workers were beaten and nearly killed by angry mobs.

The abrupt end of the war with the armistice of Nov. 11, 1918, led to the dismantling of the Commission of Public Safety in Minnesota. On a national level, persecution of suspected radicals and anarchists continued during the infamous Palmer raids conducted by Attorney General A. Mitchell Palmer in 1919 and 1920.

Today, the World War I centenary provides an opportunity to look back at a troubling time when Minnesota abandoned, at least temporarily, a commitment to the ideals of free expression that provide the foundation for democratic governance. That disturbing period needs to be remembered now that this country’s political system is facing new threats in the 21st century.