A public forum earlier this week meant to give Minneapolis City Council Ward 4 candidates a platform to showcase their positions on environmental issues ultimately became something else, a wide-ranging critique of city’s longtime council president, Barb Johnson.

The forum was one in a series of events being co-hosted by nonprofits Community Power and MN350 aimed at providing city council candidates a chance to express their stances on climate change, as well as explain how they plan to help implement the city’s goal to reduce dependency on fossil fuels and increase clean and renewable energy options within the next decade.

But the forum also acted as a conduit for challengers to air their grievances with Minneapolis City Council president Barb Johnson, particularly regarding issues that affect the city’s communities of color.  “One of the greatest barriers that we currently have to really moving forward on these goals is current leadership,” said Phillipe Cunningham, a former special education teacher and one of Johnson’s challengers. “For us to be able to work through this, we need more energy, we need drive, we need commitment … to remove these systemic barriers.”

A push to unseat Johnson

Johnson has long been a powerhouse on the Minneapolis City Council, where she’s represented the city’s far north side since 1998, though her family has held sway in the city for even longer. Johnson’s Ward 4 seat has been held by one of her family members for more than 40 years.

But over the last few years, several activists from in the city’s communities of color have openly expressed a wish to dethrone Johnson, claiming the council president doesn’t serve the best interest of her ward’s African-American community.

Current Minneapolis mayoral candidate and former NAACP Minneapolis president Nekima Levy-Pounds, for instance, has called past comments from Johnson as “veiled racial references.” And two years ago, Johnson caught flak from black activists for her handling of the occupation of the Fourth Ward Precinct after the high-profile death of Jamar Clark.

In this election, Johnson faces three candidates who are people of color: Phillipe Cunningham, Marcus Harcus and Stephanie Gasca. The fourth challenger, Phillip Murphy, is white. 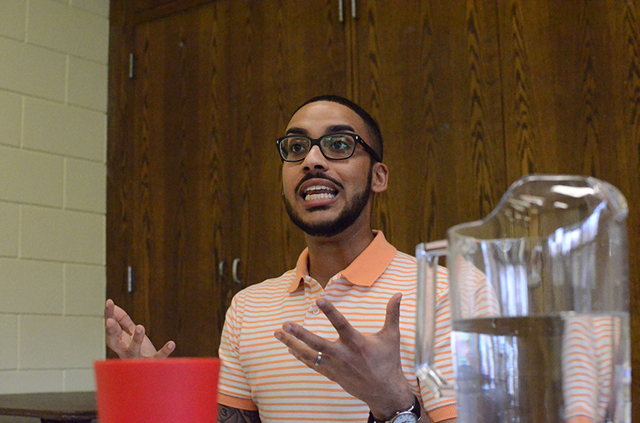 MinnPost photo by Kristoffer Tigue
Phillipe Cunningham: “One of the greatest barriers that we currently have to really moving forward on these goals is current leadership.”

At Tuesday’s climate forum, the critique mostly came from Cunningham and Harcus, who criticized Johnson for voting against the initial citywide composting program push, and also for voting to cut one of two city staff positions within the Clean Energy Partnership — a public-private partnership between the city and utility providers established in 2014. (Gasca wasn’t in attendance due to a family emergency.)

But Johnson stood behind her record. She said that the city wasn’t prepared to fund two positions in the Clean Energy Partnership when it already has a full staff for their Energy and Sustainability Office, and that her constituents weren’t ready at the time to bear the cost of the city’s rushed composting program.

For all the focus on Johnson, most of the candidates stood on the same side when it came to the issue that had ostensibly gathered to discuss, the environment — particularly when it came to investing in more solar.

“We should expand solar gardens,” Cunningham said. “We have a huge opportunity. There’s lots of roof space available with city buildings, maybe even with school buildings, to be able to increase access for low-income folks — particularly here in north Minneapolis — to be able to access that renewable energy.” 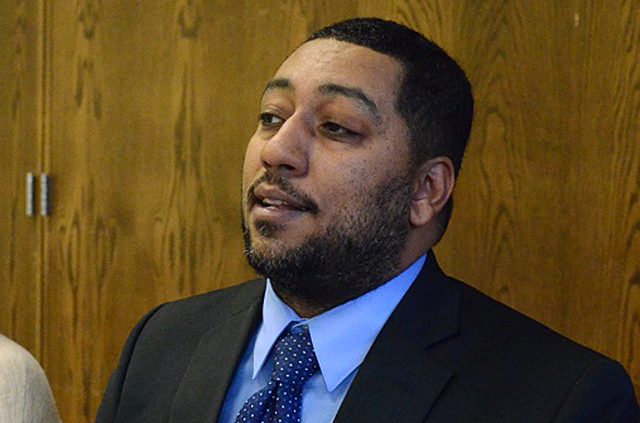 Johnson agreed and said she wants to not only expand the city’s current use of rooftops to generate solar power, but provide outreach into the community to potentially turn unused vacant lots into future community solar gardens — filled with solar panels to collect energy and divert energy cost for nearby residents.

But costs for solar, especially installation, still run too high for most homeowners and businesses to invest in and get good pay off, Johnson said. “Clean energy costs more than dirty energy,” she said. “So, someone’s going to pay the cost of that.”

Cunningham said that’s the biggest barrier for members on the north side, who face some of the largest economic disparities in the state. That’s why he’s running, he said, to push the city leadership to get more creative in looking for solutions. “There are resources at the city that can be a definite leverage in order for us to expand community solar opportunities,” he said. 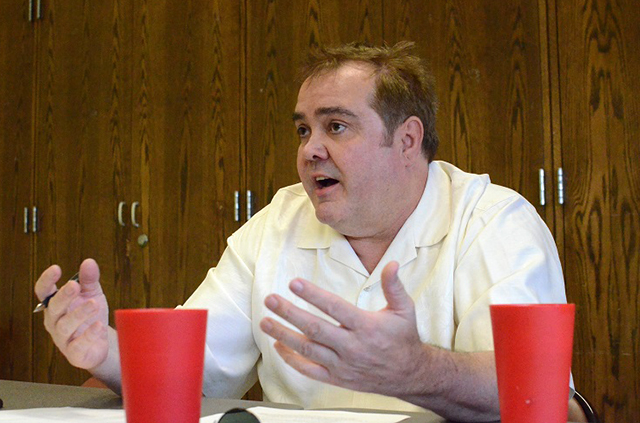