It was after 7 p.m. when Dean Urdahl brought up the bones.

The top finance committee in the Minnesota House was churning through final amendments to various budget bills, getting the measures ready for a floor vote. When a clean water, arts and Legacy budget bill came up, Urdahl chimed in.

“It was brought to our attention when we had our walkthrough of the Legacy amendment earlier this week … we didn’t include something,” said Urdahl, a longtime Republican representative from Grove City. “The Department of Administration asked if we could remedy that.”

Urdahl then offered an amendment that would move $107,000 from the Minnesota Historical Society to the Office of the State Archeologist.

“This is for the burial of human bones.”

It was an unusual request, and Urdahl anticipated questions from his fellow legislators. “Just because you may wonder,” he said, “what are you going to do with $107,000 for collections of human bones?”

If passed this year, the money would go to the Office of the State Archeologist, Urdahl said, which — among other things — would allow the office to identify and bury the remains of about 100 different men, women, and children from across Minnesota.

The bones are a mystery, unearthed at some point in the last 10 to 15 years during construction projects or through soil erosion, with few clues to help officials figure out whom they belong to. Some of the individuals, says Department of Administration spokesman Curt Yoakum, were buried in unrecorded cemeteries under the Minnesota Private Cemeteries Act.

But they could also belong to someone who’s the subject of a missing persons investigation, so law enforcement must first make sure the bones aren’t part of a crime scene. A medical examiner then determines the race and ethnicity of the remains.

From there, it’s up to the archaeologist  — with the help from students and professors studying forensic science at Hamline University — to analyze the remains and try to identify whom they belong to.

Even with modern technology and DNA testing, however, that’s easier said than done. With very little information to go on, they must piece together details from the scene, like whether the bones were found in a coffin or tomb of some kind, or if they were they found with other remains.

They must also analyze the condition of the bones, and the background of the community where they were found. From that point, an initial biological profile of an individual can usually be assembled, including their age at the time of death, their gender, their stature in the community and any trauma or illnesses they might have had.

The state archeologist’s most conspicuous success in such identifications came in 2014. Construction workers were digging holes to build a new CVS Pharmacy in Hastings when they discovered a set of human bones in a coffin. Initial analysis indicated the remains were from a white woman. Based on the type of nails used in the coffin, experts determined she was probably buried around 1900. Further analysis revealed she was a Euro-American woman who had severe arthritis in one of her hips and died when she was in her late 20s or early 30s.

Thanks to the help of a volunteer historian, the state learned that European settlers started arriving in Hastings around 1853, and the woman had likely been buried not long after that, before formal cemeteries were established. That put her time of death sometime before May 1856. A search of all recorded female deaths in the Hastings area between 1853 and May 1856 turned up only one woman who fit the biological profile: Susan Twitchell Fox. 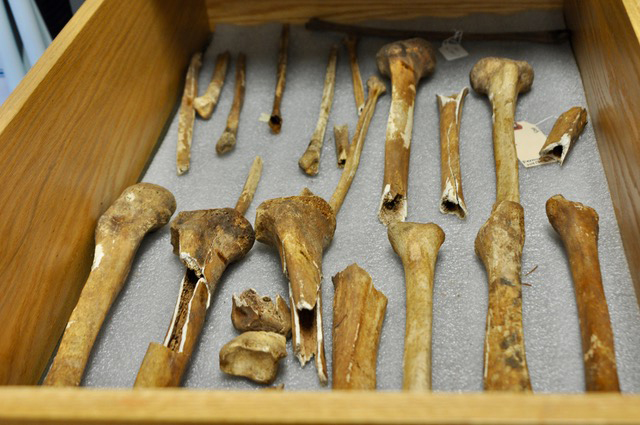 Originally from New York, both Twitchell Fox and her husband, Hiram Fox, died tragically: Susan at the age of 26 and Hiram during the Civil War. The couple had two daughters, Theresa and Rebecca, who were raised in Hastings area by family and friends.

Eventually, the state was also able to identify individuals who might be Twitchell Fox’s great, great grandchildren, who have agreed to do DNA testing to confirm that finding. “The carbon dating and the DNA testing will really help pull this all together,” said Laurie Beyer-Kropuenske, Director of Community Services with the Department of Administration. “They are willing to take DNA test, but we haven’t had the resources to process that yet.”

‘It would be proper to do something with them’

The processing is where the Minnesota Legislature comes in. That work is time consuming — and expensive. Most of the $107,000 would go to equipment and lab fees, DNA testing and C14 testing, which can help determine what year an individual passed away.

One of the biggest mysteries the state would like to solve is the story behind a handful of leg bones found in 2005 on a site in Northeast Minneapolis between 14th and 15th Streets and Marshall Avenue. The state archaeologist knows the remains belong to several individuals, but because they were mixed together at the site, it’s hard to know exactly how many. For the time being, the bones are sitting in a drawer at  Hamline University.

Ideally, the state would figure out the identity of all of the remains and return them to family members, but it’s more likely that some bones will remain a mystery. In those cases, they could remain at Hamline for forensic science students to study, or the state could determine where the person lived and bury them nearby. About $15,000 of the funding would go toward reburial costs for remains that are unidentified. 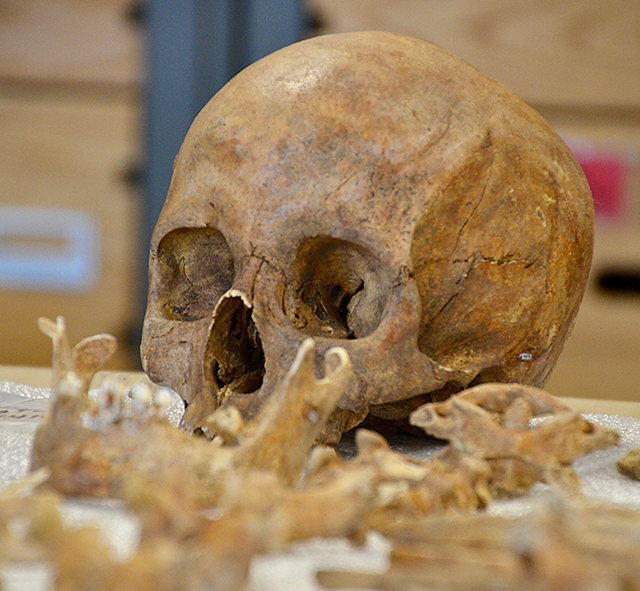 Photo courtesy of the Beyer-Kropuenske family
A search of all recorded female deaths in the Hastings area between 1853 and May 1856 turned up only one woman who fit the biological profile: Susan Twitchell Fox.

“We hope with the biological profile will we be able to find out if someone come from Warroad or Hastings,” Beyer-Kropuenske said. “If we can’t find a match, we at least want to find where they lived and died to bury them as close by as possible.”

“It would be proper to do something with them,” Urdahl said. “Nothing’s happened for a heck of a long time.”

The amendment passed the House Ways and Means Committee with little debate among legislators, and the bill will get a full vote on the floor Tuesday. The Senate version of the Legacy funding bill also includes money for the bone research and burial.

But before the amendment passed, Ways and Means Chairman Jim Knoblach couldn’t help but comment on the strangeness of it all. “Will be there be any books written about the amendment?” Knoblach asked.