Not long ago, T.J. Stiles was walking beside Lake Mille Lacs when he came across a historical marker. It said the area was the site of a large Sioux village as recently as 300 years ago, a fascinating fact for a place not at all associated with the Dakota Sioux people today. 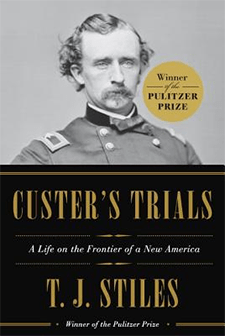 Stiles had grown up an hour away, with a sense that the region held no history worth knowing about. “We were living in buildings built in the 1940s in a town founded in the 19th century by a railroad that wasn’t even there anymore,” he says. “I didn’t think it was a very impressive place.”

But he has come to understand, better than anyone else, how wrong he was. Since 2002, he has published three major historical biographies that have earned him two Pulitzer Prizes and a National Book Award — a near-perfect literary batting average. His 2016 Pulitzer, for Custer’s Trials: A Life on the Frontier of a New America (Knopf), made him the youngest living historian to have twice earned the prize, in the company of Robert Caro and David McCullough. And much of his writing has vindicated America’s mid-section.

“Historians are shockingly dismissive of people in ‘flyover country,’” Stiles says. They doubted that Jesse James, the Missouri farmer-turned-outlaw and the subject of Stiles’ first biography, cared about politics — though the evidence was easy to see. They doubted that General George Custer, who spent a lot of time in St. Paul and traveled through Brainerd on his way out West, could signify anything but epic hubris — though he encapsulates a certain white American angst after the Civil War.

“The fulcrum of American history is profound in places like the Great Plains and Minnesota,” Stiles says. “These are places where people were fighting and waging arguments that are at the essence of what America is all about.”

At Mille Lacs, standing before the historical marker, Stiles was reminded of his own youthful dismissal of the area. He could sense the great mysterious gap between the time when a Sioux village stood there and today, as well as the “enormous tides of history,” he says — wars of empire, mass migration — that must have flowed through it. That the gap remains so murky in the middle of America has helped relegate places like Minnesota to, well, flyover country. But it’s been a boon to Stiles.

From Foley to a Pulitzer

Stiles was raised in Foley, a town of about 2,600 people northeast of St. Cloud. His father was the town doctor and the Benton County coroner, a Carleton College graduate who served as the team doctor of the Minneapolis Millers in 1958, when they won the Junior World Series.

It’s tempting to think that T.J. Stiles is lucky. Not just in his success but in his vocation—the fact that he spends his working hours peering into the 19th century, presumably at a safe remove from the troubles of both that era and our own.

But lately he’s been troubled. As he travels the country promoting his latest book, about General George Custer, he’s also speaking out about another “ginger-haired, thin-skinned celebrity who is worse at business than he thinks he is and wants to take America back to an earlier time.” As a historian, Stiles knows something about precedents. And the Trump administration, he says, represents “a dangerous break in the shared values that go to the core of our democracy.”

After the election, TIME magazine asked Stiles for his thoughts on Trump’s win. “An earthquake,” Stiles wrote, “on a 150-year-old fault line.” He was referring to the passage of the 14th amendment, which erased racial requirements for citizenship. The amendment, he says, put racists on the wrong side of history and the federal government. But that tension was never resolved, and now the question of who’s an American has re-emerged.

“We often say the U.S. is defined by ideas not ethnicity, but that’s only partly true,” Stiles says. “We only arrived at this idea of equality—not discrimination by religion or genetic background—because of huge fights in the 19th century over injustices. And when people see who tends to benefit from government action and assistance, we’re right back to those same arguments.”

In speeches, essays, tweets, and in person, Stiles is clear how he feels the latest fissure happened. “Trump’s victory is the political triumph of a reaction against a fairly mainstream liberal presidency by someone who was black. This isn’t about principled conservatives enriching the argument over the shape of government or the markets—we need a healthy conservative movement in America. No, this is a reaction against a black man and black people in power.”

Stiles’ warning: Nothing is guaranteed. We could go back to those days of fighting over citizenship and equal protection, he says, because we never really left. “The idea that to be American is to be defined by an explicitly racial identity is more present in people’s thinking than we’re comfortable thinking about.”

In fact, the family has a Forrest Gumpian knack for inserting itself in history. As the founder of Carleton’s Young Republicans, Stiles’ father invited General Eisenhower to visit the college during his run for the presidency in 1952 — and, improbably, Ike accepted. It was the first time the stadium at Carleton was completely filled.

Stiles’ great-great-grandfather, Jonathan Dillon, was a watchmaker in Washington, D.C., and happened to be fixing President Abraham Lincoln’s watch in April 1861 when Fort Sumter was fired on, launching the Civil War. Dillon etched a message on the back of the dial: “The first gun is fired. Slavery is dead. Thank God we have a President who at least will try.” Then he closed the watch and returned it to Lincoln, who carried the secret message unwittingly for the last four years of his life. At least, that was the story passed down.

These stories gave Stiles a personal feeling for history, a connection to famous dead people. But still, he was in Foley. In high school, he poured concrete for a neighbor’s hog pen, picked rocks out of fields. Even when he followed his father to Carleton, in 1982, he felt “very much a country boy,” he says. “I was shocked to discover there were advanced placement honors classes that people took, and I ran into prep school kids,” he says. “I’d never run into such creatures before.”

He pushed on to New York, for graduate school at Columbia University (and to study with a certain traditional karate instructor; he now teaches karate), but his momentum stalled. The British historian he planned to study with delayed coming to Columbia for two years. Stiles sublet an apartment from a dubious family who dragged him into court to evict him before finally drilling out the locks and stealing everything he owned. He wound up living in West Harlem—at the height of the 1990s crack epidemic—where everyone, he says, “assumed I was an undercover cop.”

His hopes of ascending academia slipped away. After earning two graduate degrees, he went to work in publishing, compiling historical anthologies, learning how to structure a book. And when he felt ready to write one of his own, he reached back to Jesse James, whose raid on Northfield — the home of his alma mater — he’d once dismissed as nothing more than the source of “a silly bit of tourism industry fodder.”

Jesse James, too, had a Stiles family connection — or so Stiles’ father liked to think. The doctor had a postcard of the bandits who fought alongside James in Northfield, and one of them was named Stiles; he even kind of looked like the doctor. But Stiles was more intrigued by James himself, the man behind the legend, and the fact that no serious historian seemed to take him seriously. He was “a figure of popular entertainment,” Stiles says. 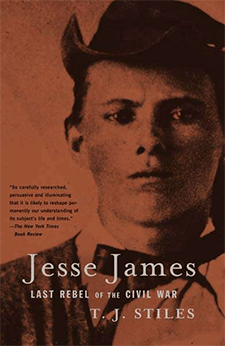 Stiles saw something no one else did, through the lens of an aged Western historian he’d met named Richard Maxwell Brown, who ventured a scholarly approach to Billy the Kid and the fight at the OK Corral, and “was not embarrassed by the drama of these familiar figures and events,” Stiles says. “He situated them within various violent conflicts over the incorporation of the frontier into the U.S. political and economic system and drew out new significance. And that’s what I’ve tried to do in all my work.”

Stiles’ book, Jesse James: Last Rebel of the Civil War, made the cover of the New York Times Book Review in 2002. By his third book, about General Custer, he’d become so sure of his approach that he relegated the one thing everyone knows about Custer — his miserable death at Little Bighorn — to the epilogue, a choice that fellow historian Thomas Powers, in the Times, called “about the boldest purely literary decision I’ve seen in a long while.”

To dig around the lies

Stiles now lives in Berkeley, California, with his wife and two kids. He named his son Dillon after his great-great-grandfather, the watchmaker who left Lincoln a secret message. Not long after Dillon’s birth, however, the story changed.

It was 2009, a month before Stiles’ second book — about Cornelius Vanderbilt — was due for release. Stiles’ cousin had persuaded the Smithsonian to open Lincoln’s pocket watch, and the museum did so at a public event, like Geraldo’s opening of Al Capone’s vault. And there it was: the secret inscription.

Except it wasn’t as the watchmaker had described. There was nothing about slavery, much less its demise — something few could have predicted on the first day of the war. 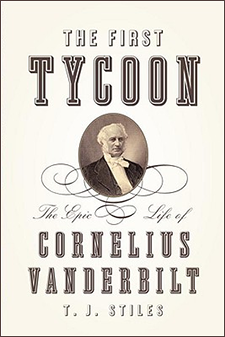 There were only these disjointed phrases: “Jonathan Dillon April 13, 1861 Fort Sumpter was attacked by the rebels on the above date. J Dillon,” and “April 13, 1861 Washington thank God we have a government Jonth Dillon.” Three attempts at a signature — as if that were the most important thing — yet he incorrectly dated the attack on Fort Sumter (which he also misspelled).

In retrospect, Dillon had enlarged his brush with fame to encompass what Stiles calls “the war’s great moral and historical accomplishment.” It was a reminder, Stiles later wrote in The Atlantic, “that family stories — even well-founded ones — are closer to mythology than to history.”

This is the job that Stiles has assigned himself: to dig around the lies — the lies we all live with, the great myths of America—in search of the stories that were scrubbed, the truths that didn’t serve the narrative. It can feel like dirty work. “History is messier than mythology,” Stiles concludes, “because it’s lived by human beings.”

Minnesota at Large is an occasional series featuring Minnesotans making an impact outside the state.