As part of her job as a Democratic representative in the Minnesota House, Melissa Hortman sees “flashes of anger” nearly every day. Legislators often snap at each other in committees or after long debates on the House floor, she said, comments that are usually heard by only a small group of people.

In other words, most comments at the Legislature — even angry ones — go unnoticed by the general public.

But on April 3, Hortman rose on the Minnesota House floor to criticize a handful of legislators who were off in a side room while several female legislators of color rose to speak against a bill being debated to increase penalties for protesters who block freeways.

“I hate to break up the 100 percent white male card game in the retiring room,” Hortman said. “But I think this is an important debate.”

Several Republicans, enraged by the comment, accused her of being a racist. One asked Hortman to apologize to the members she had just called out. “I’m really tired of watching women of color, in particular, being ignored,” she said. “So I’m not sorry.”

It’s safe to say the public noticed the incident. Since early April, Hortman’s comments have been covered in dozens of news outlets and garnered her thousands of tweets to @melissahortman, including a mention from New York City Mayor Bill Deblasio’s wife, Chirlane McCray.

Thirty- and sixty-second videos of Hortman popped up online and fans filled her inbox with more than 3,000 emails from as far as Australia and the Netherlands. Her words even inspired a protest at the Capitol, where women and men carried signs that said “Sorry, not sorry. We support Melissa Hortman.” T-shirts were printed with “I will not apologize” on them.

“The fact that went viral was completely unpredictable and totally surprising,” Hortman said from her St. Paul office, pointing to a basket stuffed full of letters people sent her since the comments went viral. “It was nice how it made people feel.”

It’s a lot of attention for an attorney and mother of two from Brooklyn Park who is still getting her sea legs as the new minority leader in the House. Being in the minority often means feeling unheard, she acknowledged, because the Republican majority controls what bills are taken up in committees and ultimately passed.

But Hortman sees the incident as part of her role as a watchdog to the majority party in the House, whether through participating in debates or through monitoring budget bills, and serve as an ally to DFL Gov. Mark Dayton in budget negotiations. And when it comes to issues for which Republicans will need Democratic votes in the coming weeks — namely, transportation funding and a package of construction projects across the state — she could play an even bigger role.

On a political path

By age 10, Hortman knew she wanted to be a politician. She watched the 1980 campaign unfold between Democratic President Jimmy Carter and Republican Ronald Reagan, who ultimately won the race by a landslide. “I thought, if he can do it, I can do it,” Hortman said. “So at 10 I decided I would be the first woman president.”

That life goal helped solidify her career plans at the age of 14, when she started learning about former U.S. presidents and members of Congress in a social studies class. All her favorite presidents, like Abraham Lincoln, were also lawyers. Hortman, who grew up in Spring Lake Park and Andover, didn’t come from a family of lawyers. The only lawyer she’d ever known growing up was a family friend who came to Christmas parties. “That was the closest thing I had to any sort of a personal connection to anyone who was a lawyer, so I knew basically nothing about it until I went to law school,” she laughed.

She got a bachelor’s degree in political science from Boston University, spending some time in Washington, D.C., in an internship for Al Gore and working in constituent services for former U.S. Sen. John Kerry. Hortman said she “fell in love” with Washington, but knew that if she wanted to run for Congress or the U.S. Senate one day, she needed to live in her home state. She got her law degree from the University of Minnesota and her first job out of law school was with legal aid, suing landlords who “wouldn’t provide heat or exterminate cockroaches,” she said.

In one such case, a woman sued her landlord for not providing her unit with a furnace; instead of paying for one himself, the landlord asked the woman to try to get a free one through an assistance program, which the woman thought was dishonest. “[The landlord] embarked on a sort of campaign of terror,” Hortman said, and she eventually secured the woman and her family a large discrimination settlement.

Around the same time, Hortman got involved in her local DFL organization and was helping recruit someone to run against her area’s Republican representative, Bill Haas. He had sponsored a Minnesota version of the Defense of Marriage Act, which defined marriage as between a man and a woman.

Before redistricting in the early 2000s, however, Hortman’s district was a tough one for Democrats to win. And when no one came forward to take on Haas, activists asked her to do it. Hortman wanted to have a political career in Washington, but she hadn’t considered running for the state Legislature before. And she had planned to wait until her two young daughters graduated from high school. “We couldn’t find anyone else, so I said, ‘OK,’ ” she said. “I thought it would be a good exercise.”

It was 1998 when Hortman ran — and lost — in an election that saw Jesse Ventura take the governor’s office. She sat out the 2000 election but was recruited to run again in 2002, the year DFL U.S. Sen. Paul Wellstone died in a plane crash 11 days before the election. Once again, she lost.

She didn’t think she had another campaign in her until former DFL Sen. Don Betzold asked her to try one more time, in 2004. Hortman obliged. That year, she won.

Now leading the 57-member House DFL caucus, Hortman is responsible for thinking about Democratic members’ elections in 2018. In fact, a big part of her job as minority leader is trying to help her caucus reclaim the majority, which they lost three years ago.

She’s hoping 2018 is a lot like 2006, when Democrats in the state House picked up 19 seats. “They flipped 19 seats, I need to flip 11 seats,” Hortman said. “I’m hoping that America is at least as dissatisfied with Donald Trump as they were with George W. Bush.” 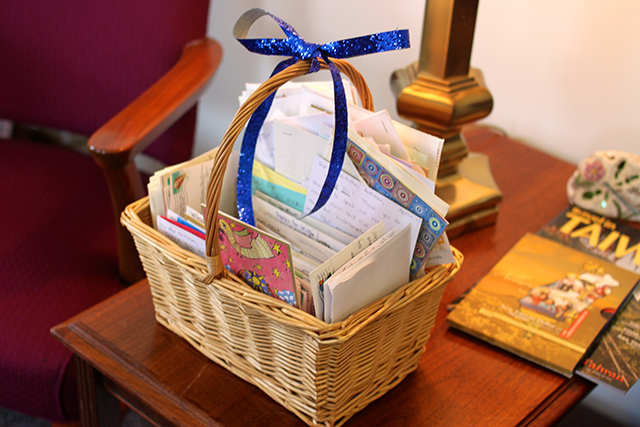 Part of Hortman’s pitch to become minority leader is her record of winning races in a tough district. She won that 2004 race by 402 votes. And even after she won her seat, she was repeatedly targeted for defeat by outside groups. “I had to take three whacks before I won the seat and I’ve had competitive races since I got elected,” she said.

When talking to prospective candidates for 2018, Hortman describes running for the Legislature as a lot like surfing. As much as candidates want elections to be decided by their message and hard work, there are plenty of variables they can’t control.

“You kind of need a wave in some of our districts, but you have to swim like hell if you want to catch the wave when it comes,” she said.

‘I have the governor’s back’

But before she gets there, Hortman needs to get through this session. Legislators must agree on a more than $40 billion state budget soon or else state government could go into shutdown mode.

Hortman’s been backing Dayton’s positions on the budget. “[Republicans] don’t need us, so it’s not like we’re moving and shaping a lot of bills,” she said.  “I think the most important thing is that I strongly have the governor’s back here in the House. We’re very aligned. He’s done a good job of fighting for the values we stand for, which is fighting for working families in Minnesota.”

There are a few issues where Republicans will need Democratic votes, though. That includes the bonding bill, which constitutionally requires 81 votes to pass out of the House. Hortman said she’s had plenty of discussions with her bonding committee members to form a strategy, and the caucus held a press conference Tuesday to put pressure on House Republicans to release their list of projects.

She also expects Republicans will need Democrats to pass a deal to put more funding into the state’s transportation system. Historically that’s been the case, she said, and any deal Dayton would support would have to include some funding for bus routes and mass transit, meaning Republicans could lose plenty of votes within their own caucus.

“Those are the two bills where they really need us if the speaker is serious about getting something done,” Hortman said. “It’s about holding the majority accountable to recognize that not everybody agrees with them, and they need to consider an alternate point of view if they want to get bills signed into law.”

Though Hortman once pictured herself in Washington one day — she considered running for Congress when Rep. Jim Ramstad retired ahead of the 2008 election — she’s grown fond of the workings in the state Legislature.

“One day, I would love to be speaker,” she said. “[Former Rep.] Martin Sabo told me once: ‘The best job I ever had was speaker of the Minnesota House.’ So I thought, ‘D.C. is a cesspool; I don’t want to go there.’ ”