In Minneapolis’ Ward 4 and 5, City Council incumbents met stiff competition over the weekend as they sought the DFL  endorsement during Saturday’s party ward conventions.

In Ward 5, challenger Jeremiah Ellison won the endorsement over incumbent Blong Yang, while in Ward 4, longtime City Council President Barb Johnson was denied the party endorsement after a neck-and-neck fight with challenger Phillipe Cunningham. With neither Johnson nor Cunningham securing the 60 percent of delegates needed to get the nod, the DFL won’t be endorsing that race.

Wintana Melekin, an organizer with Neighborhoods Organizing for Change (NOC), said many of the candidates at both the Fifth and Fourth Ward conferences were new to the endorsement process but came this year because they wanted to see a change in city leaders, whom many believe aren’t progressive enough on issues like a citywide $15 minimum wage and stronger police reform measures.

“I think folks are really excited about seeing a Minneapolis that’s reflective of them,” Melekin said. “They want to see something new and strong and equitable, and I think a lot of these folks are out here fighting for that.”

Jeremiah Ellison’s campaign was already well-positioned coming into Saturday’s convention. He carried good name recognition because of his father, Rep. Keith Ellison, and he received early endorsements from labor unions and several advocacy groups on the north side, such NOC and TakeAction Minnesota.

Selling himself as a “Northsider fighting for the North Side,” Ellison promised on Saturday that he would bring more economic opportunities to north Minneapolis.

“We seem to be caught in a loop, experiencing the same old problems,” he said. “Words like gentrification aren’t just buzzwords for academics or politicians to throw around. These are people that I love struggling to stay in a place they call home.” 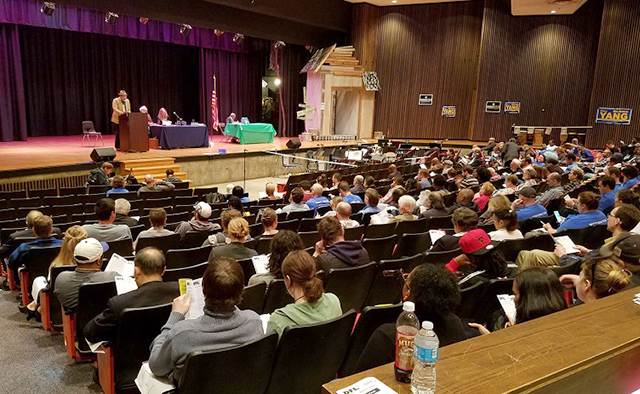 Ellison also took issue with how current city leaders have approached issues like persistent racial disparities. He called past city proposals “band-aid” solutions and promised he would bring more creative, community-led ideas to the table.

Ward 5 incumbent Blong Yang stood behind his leadership, however, saying he has done what he could to address violent crime in the area, boost economic opportunities there, and provide more affordable housing for those who need it.

“In 2014, I went to City Hall with these grandiose ideas for change,” Yang said. “Today, I stand before you with more experience and a realistic view of how change can be done. Speeches with big promises and buzzwords won’t get the work done in Ward 5.”

In the end, Ellison won the endorsement with 117 delegate votes to Yang’s 55 in the second round of voting.

No endorsement in Ward 4

Over in Ward 4, voting was more complicated. Unlike in Ward 5, Fourth Ward delegates used rank-choice voting (RCV) to try to select which of their four candidates seeking party endorsement would win it.

More than 220 delegates packed the Lucy Craft Laney Community School for nearly five hours due to the lengthy RCV process, a method where voters choose candidates based on preference, and votes are then redistributed on additional rounds based on voter’s second and third choices if the necessary majority isn’t met.

None of the four candidates broke the necessary 60 percent needed to receive DFL endorsement and the ward convention eventually adjourned with no endorsement. Frontrunners Phillipe Cunningham and Barb Johnson fought neck and neck throughout the convention’s five rounds of voting. In the end, Cunningham got 47 percent of the delegates and Johnson 44. 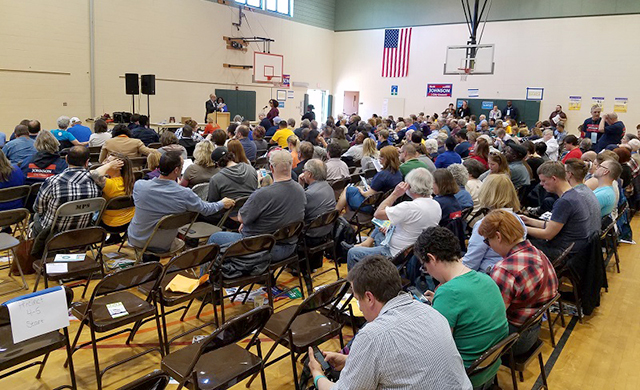 Both Marcus Harcus and Stephanie Gasca encouraged their supporters to vote “no endorsement” after they were dropped from the balloting. On the fourth and fifth round of voting, nearly 10 percent of the delegates voted to not endorse any candidate.

Indeed, the no-endorsement decision was seen as a win by some delegates. Beth Backen, who’s lived in the city’s Fourth Ward for 11 years, said the lack of any endorsement was the second best scenario. While she would have rather seen Cunningham or Gasca walk away with the endorsement, she said, she was at least happy it didn’t go to Johnson. “I feel the incumbent hasn’t been doing a good enough job,” she said. “That was my priority.”