It’s been just your typical 10 days in Washington: an FBI director was fired, the U.S president allegedly shared Israeli intelligence with top Russian officials, leaked memos indicated that the president asked that former FBI director to stop investigating an aide, and the Department of Justice appointed a special counsel to get to the bottom of all this.

Such a turn of events, you’d think, would provoke near-universal alarm, outrage and exasperation from politicians on both sides of the aisle.

Not so much in Donald Trump’s Washington: though Republicans and Democrats alike have sounded concern over what’s been happening — and conceded it’s not normal — they’ve diverged in some key ways.

For Democrats, this all confirms the worst about Trump and his presidential administration; for Republicans, this is an exercise in racing to conclusions, media-fueled mass hysteria designed to undermine the president, whatever the merits of the allegations against him.

Democrats have led the charge for a special investigator into ties between the Trump team and Russia, and any cover-up that ensued; they’ve also called for testimony, evidence, and in some cases, impeachment proceedings.

Republicans have been quieter, with only a few — including 3rd District Rep. Erik Paulsen — calling for an independent investigation. But few are going out of their way to defend their scandal-ridden president and his dominance of the news cycle, as the Hill GOP works on health care, tax reform, and other legislative priorities.

How are Minnesota’s representatives reacting to the news, and what are their expectations for the investigation as it proceeds through a deeply divided Washington?

Special counsel hailed by both sides

Minnesota Democrats had been loudly calling for a special counsel for months, and were relieved at Wednesday night’s news that the deputy attorney general, Rod Rosenstein, selected former FBI director Robert Mueller for the job.

Minutes before that news broke, Sen. Al Franken was reflecting on the history-making weirdness of the past 10 days. Sitting in his office, the senator called the events of the past week “bizarre” and “very, very disturbing.”

Mueller, who served under presidents George W. Bush and Barack Obama, promises to inject some normalcy into these strange proceedings. He has a sterling reputation in Washington, and enjoys respect from politicians in both parties. As special counsel, he will have broad latitude to collect information and subpoena witnesses and documents, with the specific goal of finding evidence of any criminal wrongdoing. 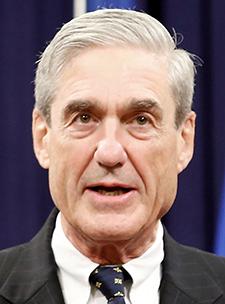 Franken said in a Wednesday evening statement that he welcomes Mueller’s appointment, calling it a “necessary and important step.”

Sen. Amy Klobuchar sounded relief at the news in an interview, saying she was “picturing we’d be in this endless cycle of asking for a special prosecutor and it’d never stop.”

Klobuchar, a former prosecutor herself, lauded Mueller’s tenure as FBI director, particularly his handling of investigations into recruitment by the Somali terror group al-Shabaab in Minnesota, and called him a “consummate professional.”

In a statement, Paulsen called Mueller’s appointment “a step forward in restoring public confidence to look into this matter… Director Mueller is well-equipped and highly respected on both sides of the aisle.”

Second District GOP Rep. Jason Lewis said in a statement that he supports a special counsel if the Department of Justice found it appropriate. “I look forward to getting this issue behind us with a thorough and complete investigation,” he said.

Sixth District Rep. Tom Emmer said in a statement that “while no evidence has been presented, I support the numerous, nonpartisan investigations currently being conducted by the House, Senate, and FBI.”

The basics of the situation

Despite the bipartisan support for Mueller, there’s still deep disagreement between Republicans and Democrats over exactly what is at stake here, and they interpreted the developments in the days before Mueller’s appointment very differently.

Both explicitly and implicitly, Democrats have advanced the idea that the truth of Trump’s contact with Russian officials — and the ensuing cover-up — could determine the fate of Trump’s presidency.

Some Democrats, and even Republicans, have said that if it is true Trump asked former FBI director James Comey to stop investigating his former national security adviser, Michael Flynn, it constitutes grounds for impeachment.

Franken said that talk of impeachment was getting too far ahead of the story. “You have to know a little more about it, it gets close to obstruction of justice, but I don’t want anyone to get ahead of themselves,” he said. “This still is an investigation, as far as I know, into whether the Trump campaign or associates of the Trump camp helped the Russians interfere with our elections.”

“In investigating that, I guess it’s now gone into whether the president acted inappropriately in trying to cover up, and sometimes it’s the coverup that’s the biggest problem.”

First District Rep. Tim Walz did not use the word impeachment, but in a Tuesday statement, he said if the reports are true, “they make the president unfit to serve as Commander-in-Chief.”

To Walz, the partisan division over the Trump-Russia story is remarkable given that it concerns foreign interference in a U.S. election.

He said that such partisanship wouldn’t have been on display even in 2007, when he first arrived in Congress. “It’s absolutely unprecedented since I’ve been here,” he told MinnPost on Thursday.

“I never said they shouldn’t do their Benghazi investigation,” Walz said of the Republican majority. “I keep asking them, it feels to me like it’s a fair frame, if Hillary Clinton did this, how mad would you be? How can we not find some common ground that we had a foreign power trying to influence our elections?”

“I’d be just as mad if it were Hillary Clinton. I hope they understand the stakes. I, at times, feel they don’t see our sense of frustration.”

Speaking to MinnPost on Wednesday, Lewis echoed the cautious official line of many Republicans: that Democrats are rushing to judgment.

“Let’s see what’s there,” Lewis said. “I know everyone wants to jump to August of ’74,” he added, referencing when the Watergate story broke, “but we need to have cooler heads prevail and to see where the facts lead us.”

“I mean, there’s clearly a distraction,” Lewis said about what’s going on in Washington. “But let’s be honest, there’s a zeal from the media on this that’s palpable.”

Lewis clarified he wasn’t suggesting the media was making up the Trump reports, but he emphasized that Trump’s disclosure of intelligence to Russian officials in a private meeting — intelligence gathered by Israeli officials — “concerns me as much as leaking classified information, or changing it to a different server then leaking it deliberately, which is crime,” referencing alleged action by Clinton.

“Hers was clearly a crime,” Lewis said, referencing Clinton, “this wasn’t a crime, because the president did it. Was it wise? That’s another question.”

Now that Mueller has been appointed as special counsel, it ensures that this investigation will remain part of the political landscape for the foreseeable future.

“A lot of these investigations have been done in a year,” Klobuchar said. “Watergate was done in 14 months. I do think it’s going to take a while to get to the bottom of all this.”

Other special counsel investigations into executive branch activity have taken very long to complete. The final report from the special counsel on the Iran-Contra investigation, for example, was released in August 1993 — nearly six years after the congressional committees investigating it had completed their work.

That decision would have to be approved by the GOP majorities in Congress, which are preoccupied that this ongoing story could distract from their ability to push through their legislative agenda. Lewis didn’t sound the alarm, but acknowledged that this is part of the dynamic: “To get sidetracked is a danger, it’s always a danger,” he said. “When you’ve got these distractions, I suppose the danger goes up a bit.”

Beyond supporting the special counsel, Democrats believe their GOP colleagues still have a role to play in holding the executive accountable. “The Senate is a check and a balance and that hasn’t changed,” Klobuchar said, adding she hopes Republicans are up to the task.

Republicans may be fuming about Trump privately, but at least publicly, Democrats are raising questions about the new president’s judgment — perhaps more loudly than at any point in his tenure.

Klobuchar said she didn’t want Trump to win the election, “but I couldn’t have predicted this, that it’d be this out of hand on the Russia front… Political predictions aside, our country was at a point where I was starting to question whether we were going to follow the Constitution.”

“It’s one of those things,” Franken said, “each of these things is shocking, yet it doesn’t surprise you when you think about it… We’ve had some presidents who, like Nixon, have behaved badly, but this one, this is a new one. This is a new brand of not-so-good.”