Heading into the 2017 legislative session in Minnesota, Jonathan Weinhagen knew light rail transit would be a contentious issue.

Over the previous two years, the CEO of the Minneapolis Chamber of Commerce had watched as several deals to fund transportation projects in Minnesota blew up, largely over whether or not light rail funding should be included. Then, during the 2016 election, Republican legislators who pushed back on light rail took control of both the state House and the Senate.

But he was still surprised when he saw Republicans’ first bills to fund transportation projects this year. Not only did GOP legislators continue a push against funding light rail projects, they also put no new money into existing bus lines, which state officials said would lead to cutbacks. “That’s what really struck me,” Weinhagen said. “This is no longer a discussion about debating the merits of light rail. This is an attack on our existing bus services, which I thought we all universally agreed are a good, flexible and cost effective way to move a lot of people around to a lot of jobs.”

So members of the Minneapolis and St. Paul chambers of commerce spread out across the cities and suburbs, talking to people at park and rides and bus stops about cuts to transit in the Republican budgets. And they set up a website urging people to contact their legislators to stop transit service cuts.

Weinhagen called it a wake-up call for business leaders, from state and local chambers of commerce all the way up to the state’s top CEOs and executives, who’ve long played a critical role in the state’s transportation debate. In 2008, for example, business leaders teamed up with labor unions to help convince six Republican House members to vote with Democrats and override a vetoed gas tax increase, raising the tax for the first time in two decades.

But the transportation debate is changing, marked today by increasingly polarized disagreements over everything from bus lines and light rail to who can serve on metro-area transportation councils. It’s a dynamic that has made it challenging for Minnesota’s business community — a group united in its support for mass transit — to assert its influence with Republican legislators.

“The question is, how do you break through?” Weinhagen said. “When you’re dealing with something that is just a fundamental disagreement about the merits of a system.”

Charlie Weaver has watched plenty of transportation debates over the years, both as a state legislator and as a staffer in former Gov. Tim Pawlenty’s office. Today he’s executive director of the Minnesota Business Partnership, which represents more than 120 CEOs and senior executives from around the state.

In 2008, when legislators debated raising the gas tax and metro-area sales taxes, mass transit wasn’t the source of controversy it is today. “That kind of contentiousness wasn’t there then,” Weaver said. “Back then it was all about if should we raise the gas tax.” 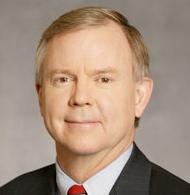 But things evolved in the years that followed, for both legislators and business groups. Part-way through Dayton’s administration, the governor began pushing for another influx of transportation funding, arguing that the state needed an increase in the state’s gas tax and metro-area sales taxes to cover the costs of road and bridge projects around the state — as well as bus and transit proposals in the metro area.

In the meantime, the regional divide at the Capitol grew, with Republicans picking up seats from rural districts in the last two elections. Emboldened by their victories and the state’s budget surpluses, GOP lawmakers pushed back on the notion that the state had to raise gas taxes to put more money into transportation. They proposed to divert several hundred million dollars in existing sales taxes collected on everything from auto parts and car repairs into a fund dedicated to road and bridge projects.

GOP lawmakers also grew increasingly agitated over one particular project: The 14-mile Southwest Light Rail Line, which would stretch from Eden Prairie to Minneapolis. Especially after the project’s price tag went up, Republicans criticized it as expensive metro-area “boondoggle” that took funding from road and bridge projects around the rest of the state.

That tension came to a head in 2016, when a deal to fund both transit and roads blew up minutes before the legislative session adjourned for the year.

Yet even as the transportation debate was getting more heated in St. Paul, business leaders’ views on the issue were changing. For decades, executives emphasized that they needed a strong network of roads across the state to transport goods and services. But in recent years, as workers flocked to urban areas, a robust network of trains and buses became increasingly important to businesses.

“Young, talented people have crunched the numbers, and they’ve decided owning a car is too expensive,” Weaver said. “Talent is becoming more of a factor that wasn’t really there 10 years ago, the debate was more about people and goods. We want to recruit people of talent in this community and we’ve got a shortage of talent here.”

Adding a ‘different voice’ to the debate

That’s not been an easy case to make to Republicans this year. The divide over transportation is now so stark that any discussion of a gas tax increase is completely off the table. Instead, Republicans have proposed diverting $300 million in auto-related sales tax revenues for transportation and about $600 million in bonding over the next two years.

Moreover, the first bills from Republicans proposed this session would have restricted any new spending on light rail lines without approval from lawmakers first. Those bills also put no money toward a more than $100 million shortfall in Metro Transit, which supports bus and transit lines through the Twin Cities.

As the session has moved along, Republicans have softened their tone on those issues, removing much of the restrictive light rail language and putting about $50 million more into Metro Transit over the next two years. “I don’t see how that can be called a cut,” said Rep. Paul Torkelson, who authored the transportation bill. 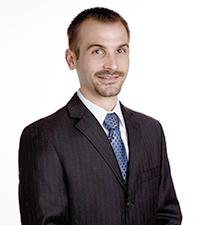 Weinhagen thinks lobbying from the business community has helped move Republicans in that direction, but there are still plenty of concerns with the bill, including a remaining shortfall from Metro Transit, which could lead to service cuts. The bill also makes changes to the governance of the Metropolitan Council, a regional planning and transportation agency.

“We’ve heard some feedback from the majority caucus that, ‘We hear you loud and clear,’ but we still have a series of overly onerous policy provisions that really manifest themselves as various poison pills,” Weinhagen said. “I think we need to do a much better job of mobilizing our base.”

Republican legislators increasingly want to hear more from constituents rather than lobbying groups or the CEOs of companies, he said, which has led business groups encouraging their members across the state to talk to their local legislator about transit and transportation.

Marie Ellis, the director of public affairs and legal counsel at the St. Paul Chamber of Commerce, said it’s important for the business community to add a “different voice” to the transit debate, one Republicans might not consider. “There’s a perception that people who ride transit are just environmentalists or people who don’t like cars,” she said. “The chambers and the business communities have done a good job showing the Legislature that it’s about workforce.”

Bentley Graves, the head of transportation policy at the Minnesota Chamber of Commerce, said the group was frustrated when a deal to fund transportation projects didn’t pass last session. In the interim, the chamber met with members and trade unions to figure out what went wrong. They decided they needed to communicate in black-and-white terms what they wanted from a transportation deal, a list that included funding for transit in the metro area.