Just before a midnight deadline to adjourn the 2017 Minnesota legislative session on Monday, top Republican leaders in the Legislature and Gov. Mark Dayton struck a tentative deal on outstanding budget bills that meant they would immediately go into special session.

But by 7 a.m. Wednesday — the self-imposed deadline for lawmakers to finish all their work — only two budget bills had passed one chamber, as lawmakers worked through the political and logistical challenges of passing major pieces of the state’s $46 billion budget.

Legislators managed to pass a $650 million package of tax cuts and a budget bill for E-12 education off the House floor by the deadline, but they made no progress in the Senate. Several other pieces of the deal were also unfinished, including a package of construction projects, funding for state government operations, transportation and the state’s $14 billion health and human services budget. That last piece takes the longest to process in the state’s revisor’s office, which has the task of drafting and processing budget bills, some of them hundreds of pages long. Senate Health and Human Services Finance Chair Michelle Benson said the bill wouldn’t be ready until noon on Wednesday.

That information shattered any notion of lawmakers finishing by 7 a.m., which was part of the terms of the agreement Republican leaders made with Dayton.

“Republicans have now failed to pass a final budget in both the regular legislative session and in the self-imposed 12:01 a.m. special session Kurt Daudt asked for,” House DFL Minority Leader Melissa Hortman said in a statement early Wednesday morning. “Minnesotans would be better served by leaders who could get the job done for everyone.” 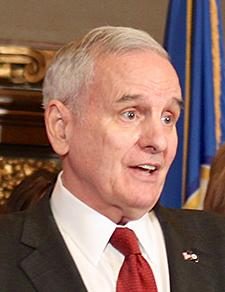 Only the governor can call legislators into a special session, but only legislators can end it. A similar situation unfolded in 2005, when Gov. Tim Pawlenty called lawmakers back right at 12:01 a.m. to finish work on the budget. That day stretched into two months — and led to a nine-day government shutdown. Lawmakers have until June 30, the last day of the fiscal year, to work out a deal; otherwise state government services will shutdown.

There were other complications with the one-page special session agreement hurriedly drafted Monday among the state’s top leaders. Most significantly, it didn’t spell out the specific terms of a so-called pre-emption bill, a top Republican priority that aims to block local governments from setting their own wage and labor standards.

The agreement only stated that legislators could pass a bill “relating to labor standards,” and Republicans told Dayton they wouldn’t tie the measure to a larger budget bill.

But there were no other specifications, and when the pre-emption bill was posted late Tuesday evening, some legislators were surprised to see there were plenty of other provisions attached, including changes to the state’s pension fund, ratification of state worker contracts and an extension of paid parental leave for state workers. They weren’t technically budget items, per the agreement, but they were all things Democrats wanted to see passed this session, and by attaching them to something they didn’t want — pre-emption — Republicans said they hoped Dayton would sign the bill. 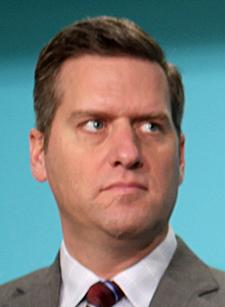 “It is unconscionable that Republican legislators would pit the earned financial security of hard-working state employees and retirees against the rights of local officials to make the decisions for which they were elected by their citizens,” Dayton said in a statement. “Nevertheless, I have said that I will veto the pre-emption bill, and I will honor that commitment.”

That was frustrating to legislative Democrats in the minority, who were upset they would be forced to vote against paid leave and pension changes they supported. Republican House Speaker Kurt Daudt said all of those provisions were related to pre-emption. “We think that all of those things are important, we think they’re all related, and we hope that the governor will sign the bill,” he said.

Legislators stopped debating the budget early Wednesday morning as top leaders scrambled to figure out their next steps. Democrats refused to sign an agreement to extend the special session, and Republican senators faced losing some senators to other commitments if the session stretched on much longer. They have a one-vote, 34-33 majority in the upper chamber, and without Democratic support, they need all their members on the floor to pass budget bills. Dayton’s office had yet to comment on the budget bills or issues related to the special session.

The details of the remaining budget packages started trickling out late Tuesday evening. The $650 million tax proposal includes a reduction in Social Security income taxes, property tax cuts for small businesses, reductions in the state’s estate tax, some local government aid and tax breaks to help construct a new professional soccer stadium in St. Paul. Senate Tax Chairman Roger Chamberlain said it was one of the largest tax cut packages in years. “We wanted more and the citizens of Minnesota needed more, but it was better than nothing,” he said.

The education budget included $483 million in new spending on schools, including a 2 percent increase on the per pupil education formula each year for the next two years. It also included funding for a signature Dayton priority, pre-kindergarten education, as well as a new version of a teacher licensure bill that the governor previously vetoed.

A $300 million transportation package increased funding for mass transit from an original Republican budget plan, and it removed controversial changes to the governance of the Metropolitan Council, a metro-area regional governing authority. But it increased reporting requirements for the agency, on everything from the costly Metro Mobility program to long-term plans for light rail transit in the region. It also removed some of the state’s legal obligation to cover ongoing costs of future light rail lines.