Two separate efforts, one in Minneapolis and one in St. Paul, are seeking to have voters move municipal elections in both cities from their current odd-year schedule to even years, when turnout is higher.

In Minneapolis, the issue is being pushed by Barry Clegg, the chair of the city charter commission, who wants the commission to consider putting the issue before voters, perhaps in 2018. In St. Paul, Peter Butler — a former city budget office staffer and current management consultant — is again circulating petitions in the hopes of putting it on the ballot this year.

The two cities are using different methods for putting the issue before voters, but the efforts have a similar rationale: Voter turnout in odd years tends to be much lower than the turnout in even years. That is especially true during presidential elections.

Numbers from the city clerk shows the average turnout in city elections since 2001 has been 31 percent of registered voters, says Clegg. During years when there is a gubernatorial election, as there is in 2018, the turnout jumps to an average of 59 percent. And in presidential years, voter participation has averaged 75 percent.

Based on the turnout difference alone, Clegg said he thinks “the question quickly becomes not whether we should switch to even years but what’s the best year to do it.”

Butler agrees: “Why even bother with odd-year elections if no one turns out?”

But the turnout number is not their only concern. Both make the case that city elections are decided by an electorate that is not just smaller, but whiter, older and wealthier than each cities’ overall population.

Butler cites 2013 and 2016 turnout data in St. Paul to show that the largest participation in municipal elections there come from the generally well-off wards 3 (covering Highland Park and much of the Macalester-Groveland neighborhood) and 4 (Merriam Park, St. Anthony Park, Hamline-Midway, Como and Mac-Groveland) with the 1st and 2nd next. Badly trailing are voters in the northern Ward 5 and the northeast and eastern wards 6 and 7. But the wards that do not have high levels of participation in city elections have much better turnout when a presidential election led the ballot.

Both Clegg and Butler acknowledge the arguments for reserving odd-year elections for city and school board elections. Doing so allows local candidates and issues to avoid competing with the attention given presidential, gubernatorial, congressional and legislative campaigns. It is easier to get attention and raise money when local issues stand alone, proponents say. 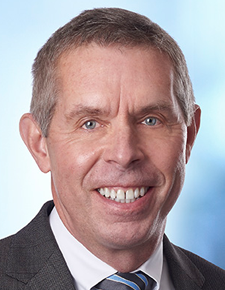 Without agreeing, Clegg said the turnout differences make the argument unconvincing to him. “When less noise means less participation by a factor of half, that’s too high a price to pay, I think,” he said.

Both also acknowledge that voters who turn out for presidential elections may not always make it all the way down the ballot to local government and school races, a phenomenon sometimes dubbed “ballot fatigue.”

Butler looked at the 2016 St. Paul ballot, where a school board race was on the ballot due to a resignation. While 140,210 people voted for a presidential candidate in St. Paul, 92,906 voted in the school race, only 66 percent of the presidential total.

In Minneapolis, elections for the Minneapolis Public Schools Board of Education are always held in even years. In 2016, the school board candidates attracted the votes of 73 percent of voters who cast presidential ballots. Yet even the lower vote numbers are significantly higher than the expected turnout had the elections been held in odd years.

Such ballots have been produced in other states, Clegg said, though not yet in Minnesota. Clegg said his commission is not interested in revisiting ranked choice in Minneapolis and instead will look for technical and legal solutions to combining the two types of voting. In St. Paul, there has been talk by the charter commission about putting ranked choice voting in front of voters again, but no formal action has been taken.

Minneapolis adopted ranked choice voting as a charter amendment in 2006 by an almost two-to-one margin. “And 2006 to 2017 is an eye-blink in charter time,” Clegg said.

Another question: which cycle?

The Minneapolis Charter Review Committee will meet Wednesday to discuss the issue. If a decision is made to move ahead, public hearings will be scheduled. But since the next Minneapolis city elections won’t be held until 2021, the commission has time to work through the legal and technical issues that might come up.

Clegg said he prefers that a citywide vote on the issue be held in 2018, rather than this year — because, well, 2018 would have a much higher turnout. If voters decide to make the change, council and mayoral terms would have to through an adjustment to either shorten them by a year or extend them by a year to mesh with the new election date.

In St. Paul, Butler is trying to place the matter before voters by petition, which requires valid signatures totaling 5 percent of the turnout of the last election. He began last year and collected around 3,600 signatures, short of the 4,400 he needed. He is allowed to carry those signatures over to this year, but since the most recent election is now the higher-turnout 2016 presidential contest, the number of signatures needed has increased to 7,011.

It is mostly a solo effort, though Butler said he has gotten help from some Macalester College students. His deadline for submitting signatures to Ramsey County is July 11.

Odd years out? In both Minneapolis and St. Paul, new efforts seek to move municipal elections to even years