If St. Paul is looking for a bit of solace after learning that it again finished second to the city next door in a ranking of the nation’s best park systems, it could be this: Over the last five years, the only time Minneapolis hasn’t won the title outright was 2015.

That’s the year that St. Paul tied its cross-river rival in the rankings, a statistical comparison created by the Trust for Public Land for park systems in the 100 largest cities in the U.S.

For the last two years, including the 2017 ranking released Wednesday, St. Paul has finished ahead of 98 other cities, but second to Minneapolis.

Only three cities, including Minneapolis and St. Paul, received the trust’s highest ranking: five benches. But that third five-bencher, San Francisco, could someday give the Minnesota cities a run for the top spot. The city moved from fifth last year to third this year, a rise attributed to a joint-use agreement with public schools in San Francisco to share school facilities. And the California city also has become the first big city to have a park within a 10-minute walk for every resident.

But one of the ways San Francisco closed the gap also helped Minneapolis grow its lead. Minneapolis parks have long had a cooperative agreement with the city’s school district, but it hadn’t been credited with it until this year. The addition of those playgrounds and athletic facilities increased the city’s score.

“They’re acknowledging our agreement [with the schools], which is why we jumped from 95 percent within a 10-minute walk of a park to 97 percent,” said Minneapolis Park and Recreation Board Superintendent Jayne Miller. “They hadn’t acknowledged that before.”

This might be where St. Paul should avert its eyes. Had the school district agreement been properly counted in the past, might that have been enough for Minneapolis to break that 2015 tie with St. Paul?

“The answer is: We just don’t know,” said Matthew Kegan, a spokesman for the Trust for Public Land. “Analysts refined numbers for both Minneapolis and St. Paul after meeting with the relevant park agencies. Because the numbers for both cities changed, we can’t be sure of what the outcome might have been in 2015.”

St. Paul wasn’t included in the ranking until 2015 because the trust’s list only included the top 60 cities prior to that year. The list size jumped to 75 that year and St. Paul made its debut with that tie for No. 1. The list grew to 100 in 2016, but the two Minnesota cities retained their top spots despite the increased number of competitors. 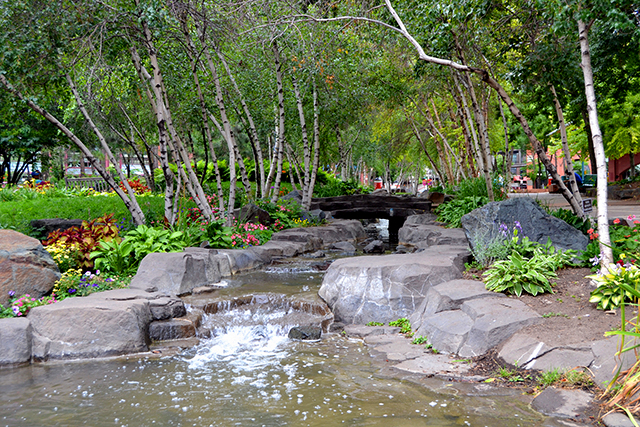