For years, budding booze industries have had a good thing going in St. Paul.

Minnesota legislators opened up the gates in 2011 with the “Surly bill,” named after the popular Minneapolis craft brewery that spearheaded an effort to allow breweries to serve pints of their beer on-site. A few years later, a bill followed that allowed craft distilleries to serve their own products on-site as well. Those changes helped start a craft alcohol boom, with taprooms and cocktail rooms opening up across Minnesota.

In the years since, legislators from both parties have opened up the laws even more, allowing small breweries and cocktail rooms to directly sell niche servings of their product, like 64-ounce jugs known as growlers, for customers to take home.

But a new slew of proposals introduced during the 2017 session, measures that would expand growler and craft liquor sales even more, are now in doubt. And at least part of the reason, advocates say, is because of another change the industry supported: Sunday liquor sales.

Legislators voted earlier this session to lift the state’s 159-year-old prohibition on Sunday liquor sales, a proposal long opposed by many of the state’s small independent liquor stores.

Dayton signed the Sunday liquor sales bill in March, and legislators who were on the fence over the issue have said the feel that lifting the ban is enough changes to the state’s alcohol regulation for one session. So now they’re pushing back on a handful of changes in the omnibus liquor bill, the state’s yearly package of alcohol law changes.

These changes would move breweries and distilleries further away from selling niche products and put them directly in competition with small liquor stores, opponents argue — a move that alters Minnesota’s post-Prohibition three-tiered liquor system. That system doesn’t allow big booze companies like Anheuser-Busch to sell Budweiser directly to customers. Instead, the manufacturer must sell it to a wholesale distributor, which then brings the product to retailers, like a local liquor store where the public can purchase the product. 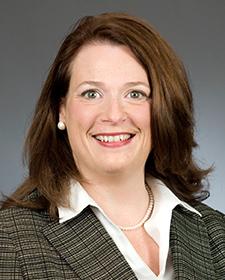 “We have been taking steps year after year after year,” said Rep. Laurie Halverson, DFL-Eagan, who flipped this session to vote for Sunday liquor sales. “We have to do it in a global way. We have to look at the entire industry and not choose winners and losers in this situation. We have to work to protect our Main Street retailers.”

Such arguments are gaining traction, especially after a major push from the Minnesota Licensed Beverage Association, which represents small, independent liquor stores across the state. “A lot of our little liquor stores in the state feel like that was a big burden on them and they’re not very happy,” said Rep. Joe Hoppe, R-Chaska, who authored the omnibus liquor bill. “I think they’re now mad that we’re talking about anything else.”

On Monday, after the omnibus liquor bill was brought to the House floor, it was temporarily tabled after an amendment to remove all the new brewery and distillery provisions passed with bipartisan support.

After behind-the-scenes lobbying, the bill was brought back to the floor on Thursday, where Hoppe asked representatives to reconsider the amendment. This time, legislators voted it down, bringing the craft cocktail and brewery language back in the bill. 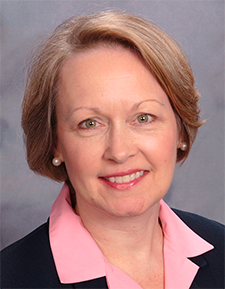 But the House bill must still head to a conference committee with the Senate, which doesn’t include any of the new provisions. Hoppe acknowledged that the measures will be a tough sell to Sen. Gary Dahms, the author of the liquor bill in the Senate, though Hoppe wanted that discussion to happen in the conference committee. “At the end of this session, if there are any changes, they will be incremental,” Hoppe said.

Rep. Jenifer Loon, R-Eden Prairie, said she was frustrated with the pushback. She authored the Sunday liquor sales bill (as well as the Surly bill), and said the MLBA has pushed back on the craft brewery industry from day one.

“We’ve had a few changes to our liquor laws that were long overdue over the last few years, and every step of the way the MLBA has tried to block it, even if they won’t admit it,” she said. “You would have thought the sky was going to fall. That is the case with every time we try to make a little adjustment.”

This year’s omnibus liquor bill does more than change brewery and distillery provisions. It authorizes local liquor licenses across the state, for starters. The bill also allows bars in the Twin Cities to pay $250 to stay open until 4 a.m. on the night of the 2018 Super Bowl in Minneosta, two hours later than the current bar close time. Earlier this session, that proposal sparked a counter bill that would have allowed all bars across the state to stay open until 4 a.m. — if local governments approve. That proposal didn’t make it into the final version of the bill.

The bill also allows the Department of Administration to sell Minnesota-made wine and beer in the Capitol for special, limited events, a provision designed to help show off the building after a three-year, $300 million renovation. All profits from selling alcohol would go into a special Capitol preservation account. “We want to show off this new building,” Hoppe said.

That means the Capitol could potentially be open for weddings or other events, and alcohol might be available in the building for its grand reopening event in August.

As for the craft beer and liquor changes, Hoppe said they’ll continue to make gradual steps to help the industry, which provides jobs across the state and is giving Minnesotans something they’ve shown they want in the marketplace.