The state’s pension plans — which cover retirement benefits for about a half a million teachers, fire fighters, police officers and other state and local government employees in Minnesota — are underfunded by billions of dollars over the next several decades.

It’s not a new problem: Minnesota has had pension liabilities each year for nearly a decade. But pension issues are often an ignored story, even as problems with the plans are starting to affect credit ratings and the everyday work of state and local governments across the country. Without a solution, ultimately, taxpayers are on the hook to cover what the state can’t.

“It’s this sleeper issue,” said Susan Lenczewski, executive director of the Minnesota Legislative Commission on Pensions and Retirement. “Right now it’s a long term problem that we all can ignore, but it has this compounding effect.”

Here’s a breakdown of how the state’s pension system works, how politics affect it — and what could happen if the system’s funding shortfall isn’t addressed.

How are pensions different from my 401(k)?
Pensions are a retirement benefit most commonly offered in the public sector, and they’re considerably different from the retirement benefits most private sector workers receive. As a so-called “defined benefit” plan, a pension is a promise between an employee and an employer to receive a certain amount of monthly income after retirement. Most private sector plans, like 401(k)s, are defined contribution plans, which allow the employees to pick and choose what and how much they invest — with no guarantees on future income. Pensions put the investment risk on the plan provider, or in the case of public employee plans, the government.

So everybody who has any sort of government job is in the same pension plans in Minnesota?
It’s not that simple, and there are a lot of acronyms involved, so bear with us. State employees are covered by MSRS, or the Minnesota State Retirement System, while local government employees are covered by the Public Employees Retirement Association, or PERA. But neither of those includes teachers, who are covered under a third plan, the Teacher’s Retirement Association — or TRA. Well, all teachers in Minnesota except those who work for St. Paul Public Schools, in which case they are part of the Saint Paul Teachers Retirement Fund Association, or SPTRFA. Got all that?

How is the pension calculated?
Generally, after three to five years of employment teachers and government workers are eligible for a pension. The basic formula to calculate those benefits is fairly simple. An employee’s pension is determined by multiplying the number of years they’ve worked in a state or local government by their average salary over their five highest-earning years by a so-called “multiplier.” Currently, the multiplier is 1.7 percent for most government employees and 1.9 percent for most teachers. There are some exceptions to those multipliers, but they cover most pension holders. 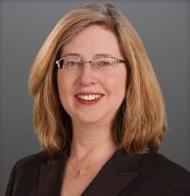 So if a public elementary school teacher worked for 25 years and made an average of $61,000 during his or her highest paid years the state would pay them about $29,000 per year after retirement for their pension (25 x $61,000 x 0.019). Those benefits don’t start kicking in until age 65 or 66, depending on what year the employee started, and continue until the person’s death.

Ok, so what exactly is the problem?
This is where pensions get more complicated. The funding for pensions is based on professional predictions about how much governments and workers need to pay into the system to cover pensions long into the future. In Minnesota, professionals invest workers’ contributions and use those gains to help pay for benefits.

But predicting the future is not easy to do. Over the last decade, the assumptions that public pension managers made in other states were overly optimistic. Complicating things in this state: Minnesotans are living a lot longer than people expected. The average Minnesotan now lives to be about 81.1 years old, the second highest life expectancy in the nation, after Hawaii. And that number is expect to rise, meaning the state could be paying out pension benefits to some retirees for decades.

Got it. Minnesotans never die. Any other issues?
Another term to remember when it comes to pensions is “funded ratio,” which is basically a percentage that tells a state if they have enough money to pay for all of the pension benefits they’ve promised to pay out. A 100 percent funded ratio, for example, would mean the state has the same amount of assets as it does liabilities. As of July 1, 2016, nearly all of Minnesota’s pension plans were under 100 percent, and together averaged a 77 percent funded ratio, which translates to about nearly $18 billion in unfunded liabilities. But these numbers are nearly a year old, Lenczewski said, and investments are picking up. The next snapshot will come on July 1, when professional money managers give the state an update on the health of their plans.

That’s a big number. Does the state need to fix it immediately?
Not right away. Pensions are paid for over a long period of time. But unless there’s a sudden spike in the return on investments, it needs to be dealt with eventually, and those looming unfunded liabilities can hang over a state’s credit rating. “Moody’s, Fitch, they’re all looking at this,” Lenczewski said. “It does have an impact. It’s called out in their review of the state.” A pension plan is in a “death spiral” when it hits 35 percent funding or less, Lenczewski said. Minnesota has done better than many other states in keeping its liabilities on the manageable side, especially after a 2010 pension law spread out the burden of unfunded liablities between retirees, active public workers and public employers. Other states, like New Jersey and Illinois, are facing much bigger pension problems, with more than $100 billion in unfunded liabilities.

Another thing to remember about pension plans: They’re a promise from an employer and an agreement based on work already completed, which means the state can’t back out because they don’t feel like paying.

So who’s working on this?
Like so many things involving state government, pension issues are decided by committee of legislators — equally divided between the House and Senate — that’s tasked with addressing problems or making whatever changes to the pension system are needed each year. This year, legislators wanted to start dealing with the low return on current investments and the increased life expectancy of retirees. The proposed pension bill would have:

What happened to the bill?
Like everything else at the Capitol, pensions are subject to the whims of state lawmakers. In 2016, Gov. Mark Dayton surprised many when he vetoed the pension bill after lawmakers went home, saying it didn’t do enough to address liabilities and put too much burden on retirees. Since then, Dayton convened the Blue Ribbon Panel to look at tackling pension issues in the state. 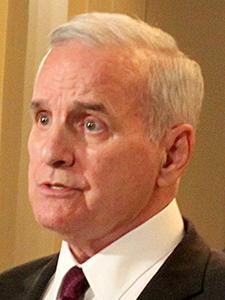 But this year, the pension bill got wrapped up in end-of-session politics. In an effort to get Dayton to sign a bill Republican legislators wanted — to preempt local governments from setting their own minimum wage and labor laws — they attached it to a bill with things Democrats wanted, including wage theft protections, paid parental leave benefits for state workers and, yes, the proposed changes to public employee pensions. “The role of state government is to set minimum standards for workplace protections, wages and benefits, not maximums,” Dayton wrote in his veto letter.

There’s also the problem of pensions getting caught up in the debate over public unions. The pension benefits for public school teachers were the subject of much debate this session, and the plan was eventually carved out of the pension bill altogether.

It can also be hard get state workers to get on board with reforms to the pension system, as changes can be seen through a lens of attacking unions and state workers. In Minnesota, public workers contributions cover roughly half the pension costs.

So what happens next?
Probably some déjà vu. After Dayton vetoed the 2016 pension bill, lawmakers came back with that proposal in 2017 and started their work there. People watching the issue again can expect legislators to start where they left of this year. The legislature is next scheduled to convene on February 20, 2018.

Sen. Sandy Pappas, DFL-St. Paul, who sits on the pension commission, said something needs to be done soon. “The important thing is you have a pension when you retire and you don’t want to run it into the ground,” she said. “Every year, you spend more and take in less than is affordable. It’s going to cost the school districts more, it’s going to cost the teachers more, and the same thing with the police and fire and state employees. It’s just going to become more expensive to fix the problem down the road.”