For some, an art deco skyscraper overlooking the Mississippi River has become Minnesota’s second state Capitol.

Since 2001, the Ramsey County courthouse — one mile from the Capitol building in St. Paul — has been the stage for four major state political battles, over everything from government shutdowns to the unilateral decisions by governors to cut funding from the state budget.

Now, lawmakers and their attorneys are back there again, this time over Gov. Mark Dayton’s decision to defund the entire Legislature as a means to reopen negotiations over a tax bill. Legislators are suing the governor, saying the move was a violation of the separation of powers. Dayton sees it otherwise, saying he has a constitutional right to veto line items in a budget bill.

It’s a familiar situation, and one of lawmakers’ own creation. They wrote a state law that requires any lawsuit involving state agencies or the Legislature to be heard in the district court where they are physically located: Ramsey County. Since then, the county’s District Court has handled cases involving multiple government shutdowns, fallout from the Republican National Convention, the state’s massive tobacco settlement, and has even had a hand in shaping the state’s political maps.

In an era of increasing political polarization, the law has also given the court an outsized role in public policy decisions in Minnesota.

“In many ways the chief judge of Ramsey County Court is the 8th Supreme Court Justice in Minnesota,” David Schultz, a lawyer and political science professor at Hamline University, said. “Think about the three partial shutdowns, in 2001 and 2005 and 2011 — all of these started with and ended with Ramsey County. They got the final word on if the state is going to shut down or not shut down. That is incredibly influential for one court.”

‘You have to be fearless’

Across the country, it’s not uncommon to centralize certain types of court cases. Minnesota has a special tax court and a court that deals with worker’s compensation issues. And while Ramsey County District Court still handles all the sort of cases other district courts in the state do — criminal, civil and family — it’s the only one that regularly deals with major political questions.

“That was very intentional by the Legislature,” said Eric Magnuson, an attorney and former Minnesota Supreme Court justice. “They wanted a court that developed some expertise in these kinds of issues.” 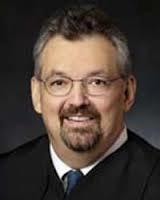 The closest comparison, say lawyers, is the United States Court of Appeals in the District of Columbia, most commonly referred to as the D.C. Circuit. While it has the smallest geographic jurisdiction of any federal appeals court, its dominion includes the seat of federal government, meaning many major political battles head there first.

In Minnesota, the role of the Ramsey County District Court is not lost on governors, who appoint judges to its bench.

“Governors have in mind the fact that judges they appoint in Ramsey County have a high likelihood of handling significant cases like this,” said Magnuson, who also chaired the Minnesota Commission on Judicial Selection, which evaluates and recommends nominees to the governor for appointment to the bench. “While the qualifications of judicial candidates are always a blend of ability, temperament and judgment, if a candidate has experience in dealing with public issues, that is something that a governor may consider favorably.”

It’s not a role the court always relishes, said Kathleen Gearin, who served as a judge in Ramsey County from 1987 until her retirement in 2013. During her time she oversaw First Amendment cases after the Republican National Convention, sat on the state canvassing board that heard the Al Franken-Norm Coleman U.S. Senate recount, and ruled on former Gov. Tim Pawlenty’s unallotment of state funds in 2009.

After many of those rulings, she faced intense criticism — sometimes on national television — from the state’s political leaders. “You have to be fearless and do what you think is right,” she said. “You do need to know, if you’re going to be a judge in Ramsey County, you will will have more scrutiny and criticism because of the issues that come before you.”

Looking back, Gearin said one of the hardest things she had to do was preside over the hearings to decide which state services would stay open during the 2011 government shutdown, the longest in state history. After days of hearings, Gearin issued a limited ruling: The court would order the state to fund only its “core functions” during the shutdown, such as protecting public health and safety and preserving state property. It meant most state programs would stop without an appropriation, and tens of thousands of state workers would be out of a job. 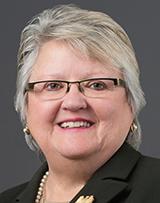 “I think I started almost every hearing every time saying the court should not be doing this,” Gearin said. “The Legislature and the governor should be doing their job.”

Her ruling was a departure from more generous judicial rulings in 2001 and 2005, when the courts offered to continue funding for most government services in the event of a shutdown. Gearin thought those were too broad, especially considering the separation of powers between the judicial, legislative and executive branch. According to the Constitution, only the Legislature has the power to appropriate money.

“It’s just a very uncomfortable situation for the judicial branch to be in,” she said. “Let’s say their argument is there are certain critical core functions that have to be funded. Well, how much? I think it would be a terrible situation for the courts to have to say, ‘Well, they need $990,000 for one thing, and $20,000 for this other thing, and so on.’”

The ‘law of Ramsey County’

That constitutional tug-of-war was on full display in a recent hearing in the Legislature’s lawsuit against the governor.

On May 30, Dayton signed all of the budget bills but vetoed $130 million in funding for the Legislature — an attempt by the governor to bring lawmakers back to the negotiating table to address issues with a tax bill. Dayton said his line-item veto gives him the power to strike any piece of a budget bill, but legislators said defunding the entire legislative branch violated the separation of powers in the Constitution.

This time there isn’t an imminent shutdown of the entire state government, since Dayton signed the budget bills. But it’s still a one-of-a-kind case. No governor has ever vetoed the entire appropriation for the Legislature before. A forthcoming ruling, eagerly awaited from both sides, could answer the question for all future legislators and governors: Can one branch of government defund another? Both sides plan to appeal any ruling not in their favor to the Minnesota Supreme Court, but Ramsey County’s opinion will set the tone.

The responsibility for making that decision falls on the shoulders of John Guthmann, who was appointed to the bench by Gov. Tim Pawlenty in 2008. In court, he tested certain constitutional questions to their extreme. For instance, he asked Sam Hanson, Dayton’s attorney, if the governor could just as well veto funding for the entire judicial branch if someone issued a ruling he didn’t like. That would be “unsavory,” Hanson said, but technically legal. 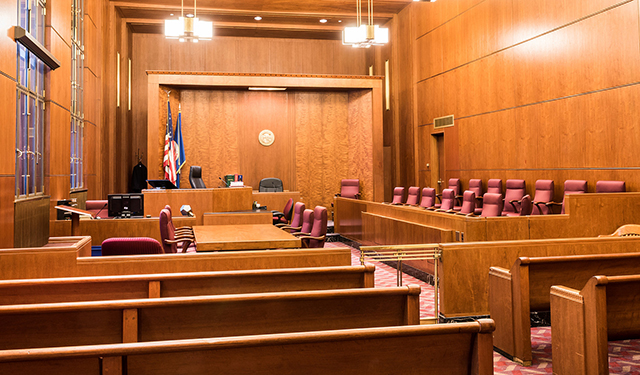 Ramsey County
Since 2001, the Ramsey County courthouse — one mile from the Capitol building in St. Paul — has been the stage for five major state political battles.

And if Dayton can’t use his line item veto power to object to the budget of the Legislature, Guthmann asked, then what are his options? Doug Kelley, the attorney for the Legislature, said there are plenty permitted uses of his veto power, but not “obliterating” an entire branch of government.

As part of the case, lawmakers also asked the courts to do something they could not: provide temporary funding for the Legislature while the political issues are worked out. Guthmann agreed to the stipulation, funding the Legislature until Oct. 1.

That’s a frustrating reality for Erick Kaardal, an attorney who has made a career out of suing state government over constitutional violations. He said legislators and the governor now know they can go to the courts and get temporary funding. That’s taken some of the pressure off of them to get a deal at all.

“Dayton vetoed the legislative appropriation knowing they could go to court and get core critical funding anyway,” Kaardal said. “This is part of the background of our legislative process. You can get the funding from the court anyway. We might be witnessing a huge transformation on how our state government does business, and it’s not with the consensus of the people. It’s a bunch of lawyers and legislators and judges deciding what’s best.”

In court, Guthmann warned attorneys that while the courts have ordered temporary funding in the past, “no appellate court has passed whether that’s even legal.”